The 2007 boys sprint relay team from St. Jago, consisting of Andre Walsh, Riker Hylton, Nickel Ashmeade, and Yohan Blake, and coached by Danny Hawthorne, has been chosen by the Penn Relays Committee to be inducted into the Wall of Fame.

This recognition is in honor of the team’s extraordinary accomplishment of becoming the first High School 4-by-100 meters relay team to break the 40 second barrier, setting a new Penn Relays record with a time of 39.96 seconds.

The team’s induction will take place at the upcoming Penn Relays on April 27-29, during which their names will be added to a plaque on the wall by the final straightaway alongside other Penn Relays greats.

On Saturday, April 29, the team and St. Jago will be formally recognized at an induction banquet attended by sponsors, coaches, press, officials, and guests. 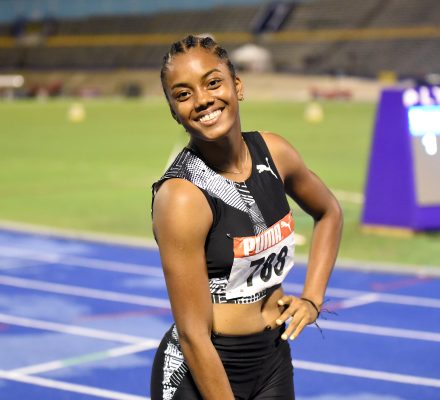