The race for the boys’ title at the 2019 ISSA/GraceKennedy Boys’ and Girls’ Athletics Championships at the National Stadium was predicted to be very close between Calabar High and Kingston College (KC), while Edwin Allen High were expected to prove too hot to handle among the girls.

Based on Pre-Champs predictions, Calabar High were expected to cut deep into KC’s lead on the final day, while it would be smooth sailing for Edwin Allen.

However, those predictions proved wrong as KC easily won the Mortimer Geddes trophy for the first time in a decade, while Edwin Allen had to survive a big scare from Hydel High before retaining their crown by only seven points.

Coincidentally, many of KC’s highlights were at the expense of their main rivals Calabar.

Long Jump champion Wayne Pinnock proved he could produce record-breaking performances on the track too, winning the Class 1 110m hurdles in 13.06, eclipsing 2018 champion’s (Dejour Russell of Calabar) record of 13.10. Pinnock’s teammate Akeem Cargill finished second in 13.28. Russell, who also made the final, would finish fourth.

Pinnock also anchored KC’s to victory in the Class 1 4x100m relays. He staved off a sustained challenge from Calabar’s Michael Stephens to take the gold in 39.98. Calabar finished in 40.15.

In the girls’ championship, Edwin Allen survived after entering the final day with a big 63-point lead.

Hydel picked up 33 points from the first three track finals – the 400m, where Edwin Allen had no finalists.

In the next set of events, Hydel picked up 14 points in the Class 3 long jump and three points from Class 3 shot put. Edwin Allen were also missing from those finals.

The sprint hurdles were next, and even though Edwin Allen won the Class 4 70m obstacle with Santae Wilson (10.49), Hydel outscored them 26 to 15 to move within two points on the champions.

Although Thaila Wilson of Hydel won the heptathlon for 12 points, Amoy Edwards’ 6th place finish for five points made sure Edwin Allen won Champs going into the mile relay final.

Edwin Allen wrapped up their sixth straight title with 291 points over Hydel’s 284. 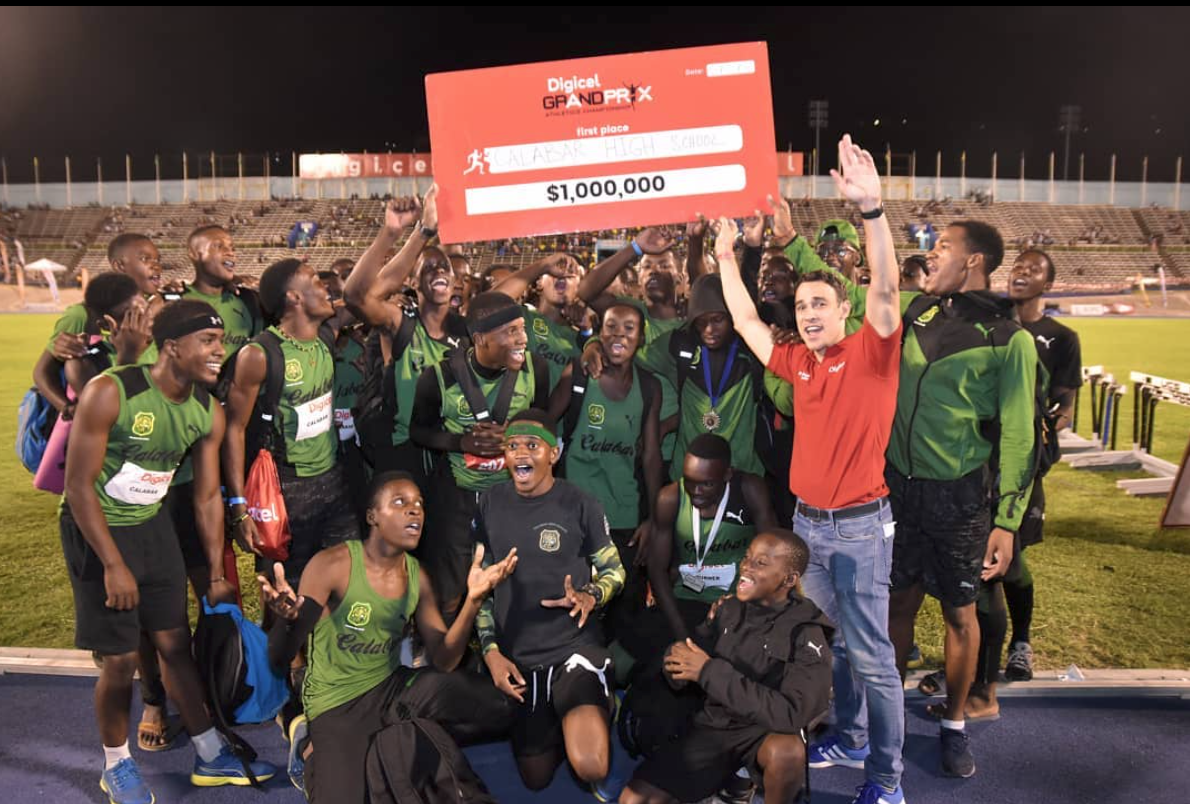 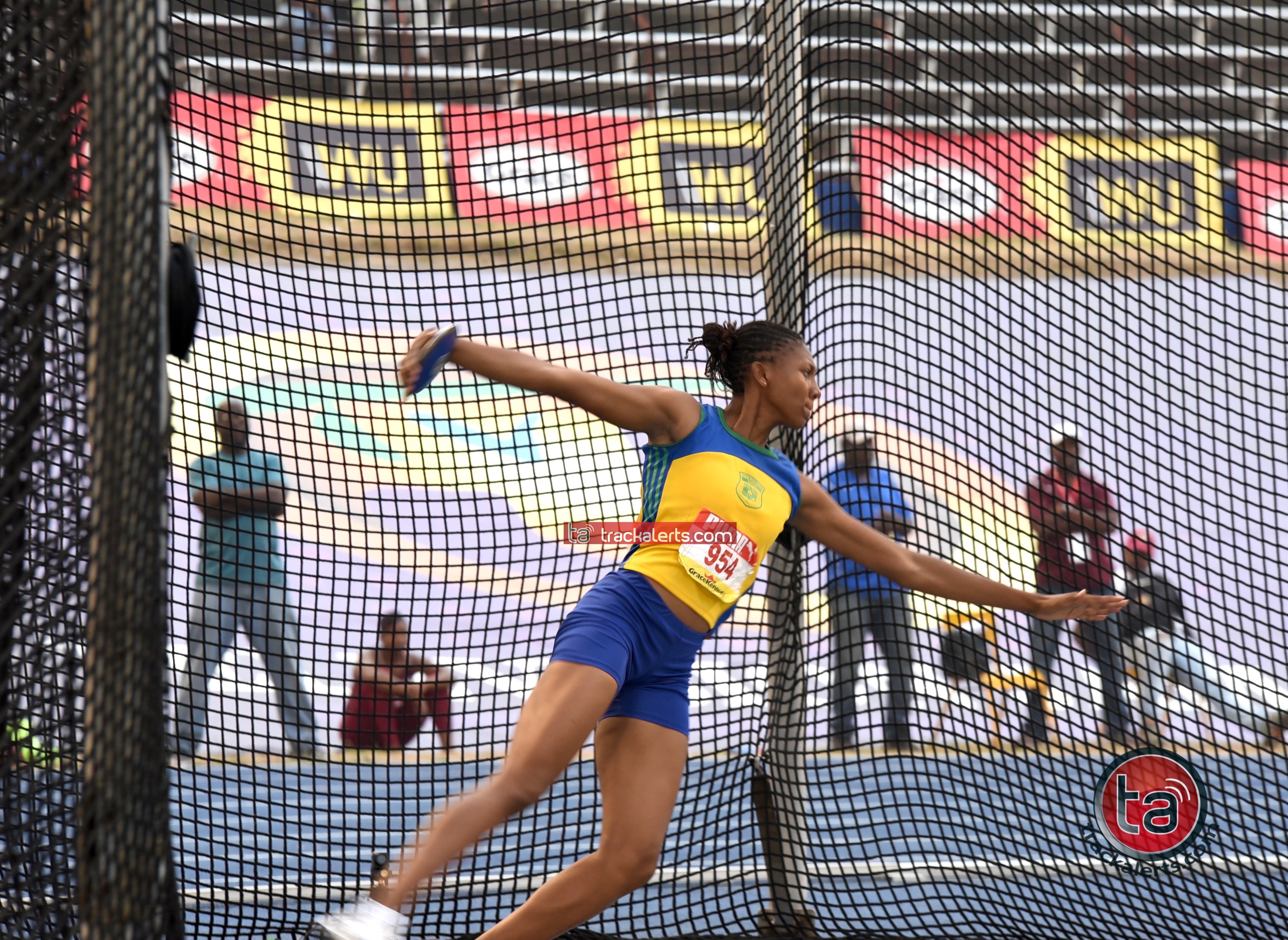 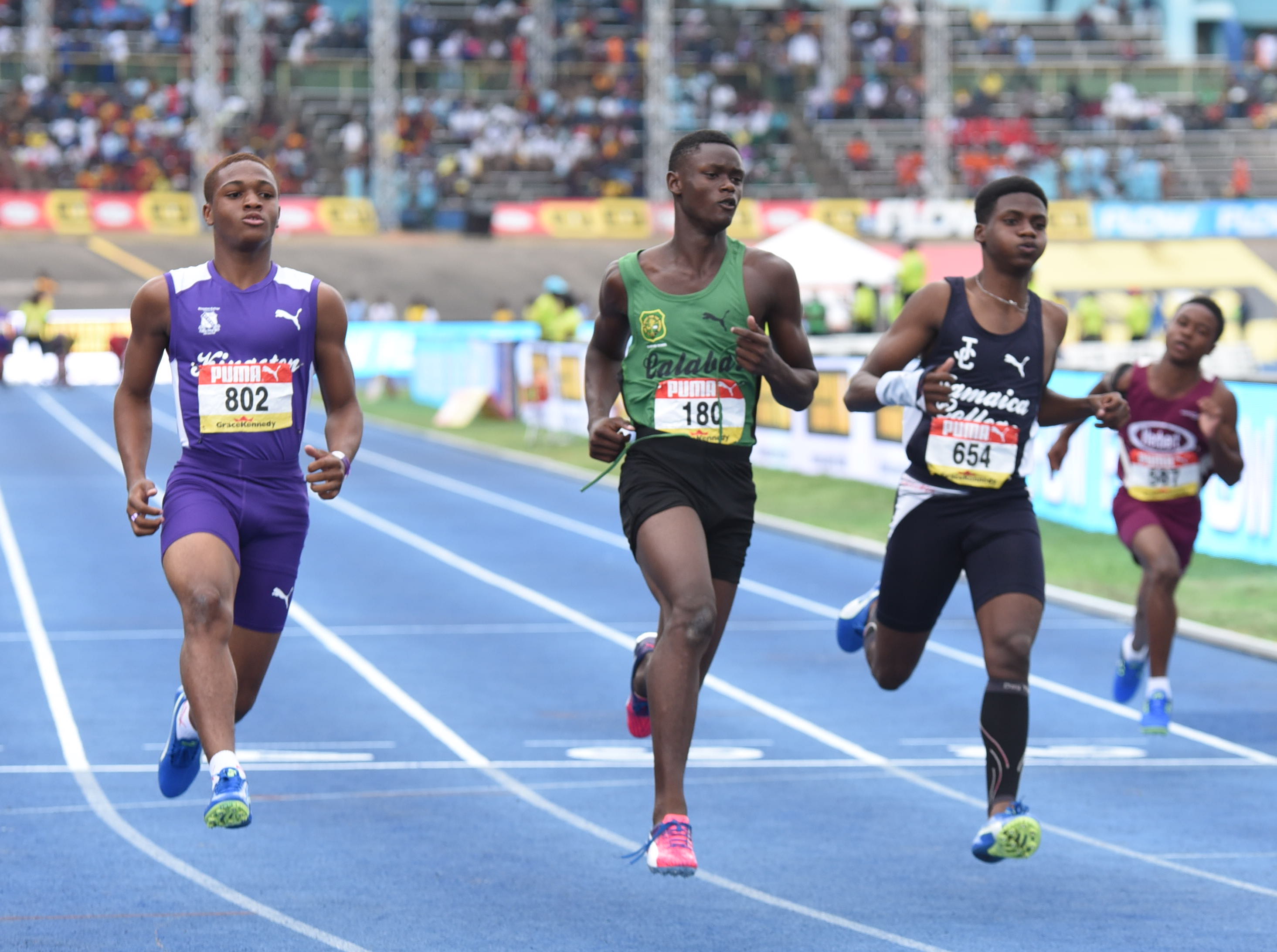