Every one of the sprint hurdles contested in both genders at the Rio Olympics will see a new champion being crowned. It is for this reason that many persons find the events so enthralling.

World champion Zuzana Hejnova scored a comfortable victory in the first semi-final running a season’s best 54.55 seconds. Hejnova, prior to this race, looked as if she would not be a medal contender in Rio. However, she is a championship performer who rises to the challenge and her winning performance suggested that she is now ready.

However, it was the Jamaican Ristananna who went out fastest clearing hurdles and passing opponents for the first 250 metres. She was then joined by the Czech athlete who began to motor down the home straight. Both athletes eased away from the field and with qualification assured took the liberty to saunter across the finish line. Tracey registered 54.80 seconds for the runner-up spot to Hejnova.

The second semi-final featured three of the fastest women in the event this season. The race provided the sternest test to Jamaica’s Janieve Russell who missed her country’s national senior championship through injury but was granted a medical exemption based on impressive early season form.

She ran aggressively for the first 200 metres. She was not alone as American Ashley Spencer and Great Britain’s Eilidh Doyle were not prepared to allow her so much breathing space, especially with only two automatic spots assured.

It became a frantic foot race. Doyle came off the final hurdle marginally in front but immediately found herself stride for stride with the tenacious Russell in a stirring battle.

However, Ashley Spencer who had clipped the ninth hurdle and went sideways recovered quickly and with the advantage of her superior 400m flat speed she was able to peg back the leaders in the final 20 metres before inching ahead to win in 54.80 seconds. Russell (54.92) edged Doyle (54.99) for second as all three qualified for the final.

World leader and American champion Dalilah Muhummad ran away with the third semi-final winning in a fast 53.90 seconds. Muhammad who looks unstoppable was trailed home by Denmark’s Sara Scott 54.55 and Jamaica’s Leah Nugent who received a reprieve a day earlier, registering a lifetime best 54.98 to claim a non-automatic qualifying spot in the final.

American Kerron Clement blitzed the field running from lane eight. He won by the widest margin of the night in 48.26 the second fastest time in the world. He was briefly challenged by Japan’s Keisuke Nozawa who went out like a man going for the world record. Unfortunately, he ran out of steam in the home straight and faded just as quickly as he got there ending up in sixth place.

Trailing in Clement’s wake was Kenya’s Tumuti who stormed to a season’s best 48.85 seconds. Two-time world U20 champion Jaheel Hyde (19) left it too late getting fifth in 49.17 seconds failing to advance.

Unlike the first semi-final, the second was extremely competitive with Jamaica’s Annsert Whyte running his second personal best 48.32 shaving off 0.05 from the heats to win the second semi-final. He was involved in a five-man battle with Javier Culson, LJ VanZyl, Yasmani Copello and Ramus Magi. It was racing of the highest order with a “no retreat…no surrender” approach by the athletes.

Whyte, the Jamaican domestic champion, who before the Olympic Games was not a household name, proved strongest coming off the final hurdle and separated himself from the chasing pack.

There was a mad rush for second and Culson grabbed it like a man stranded in the desert and seeing water for the first time.  The battle for third was more intense with Copello (48.61) and Magi (48.64) involved in a blanket finish and were awarded with the two non-automatic qualifying spots for their never-say-die efforts.

Elsewhere in the half-lap contest Dafne Schippers and newly crowned 100m champion Elaine Thompson gave a glimpse of their monster showdown coming up on Wednesday night.

Both Schippers and Thompson were drawn in the same semi-final and duly put on a sprinting clinic.  Schippers came off the curve ahead of the field and was tested by Thompson for three quarters of the home straight before she gently eased off the gas. Schippers looked strong and determined in winning in 21.96 seconds, while Thompson crossed the finish line a season’s best 22.13 seconds. Bahamian sprinter Tynia Gaither logged 23.45 seconds to occupy eight spot in the event.

Marie Josee-TA Lou of the Ivory Coast has been having a great Olympic games. The fourth place finisher in the 100m final was out in a flash in the third semi-final and sped away from the field to register a lifetime best 22.28. Trinidad and Tobago’s Semoy Hackett could not keep pace and finished down in sixth position in 22.94.

Tori Bowie, the 100m silver medallist on Saturday, looked superb and in command of the third semi-final. She powered down the home straight away from Trinidad & Tobago’s Michelle Lee-Ahye and Murielle Ahoure.  Bowie won in 22.13 seconds ahead of Lee-Ahye who ran a personal best and national record of 22.25 seconds. Simone Facey, who finished like a steam train moving from fifth to third, failed to qualify this despite running her fastest time this season 22.57. 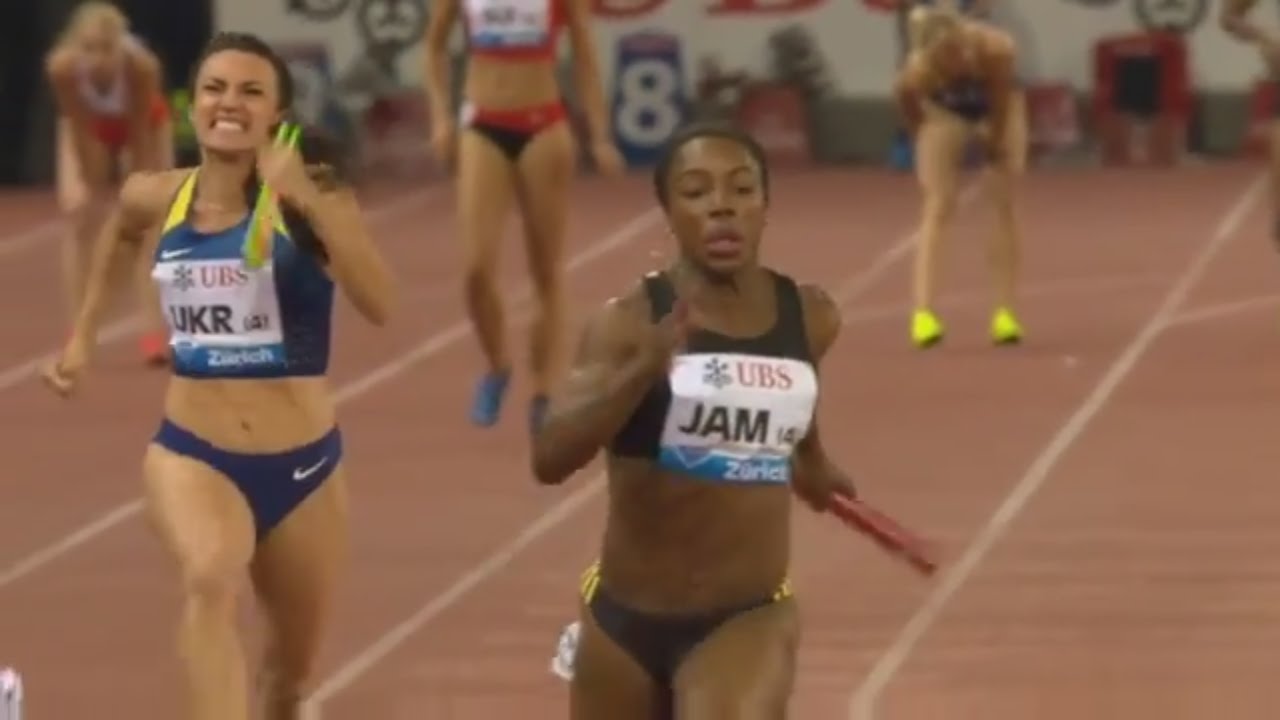 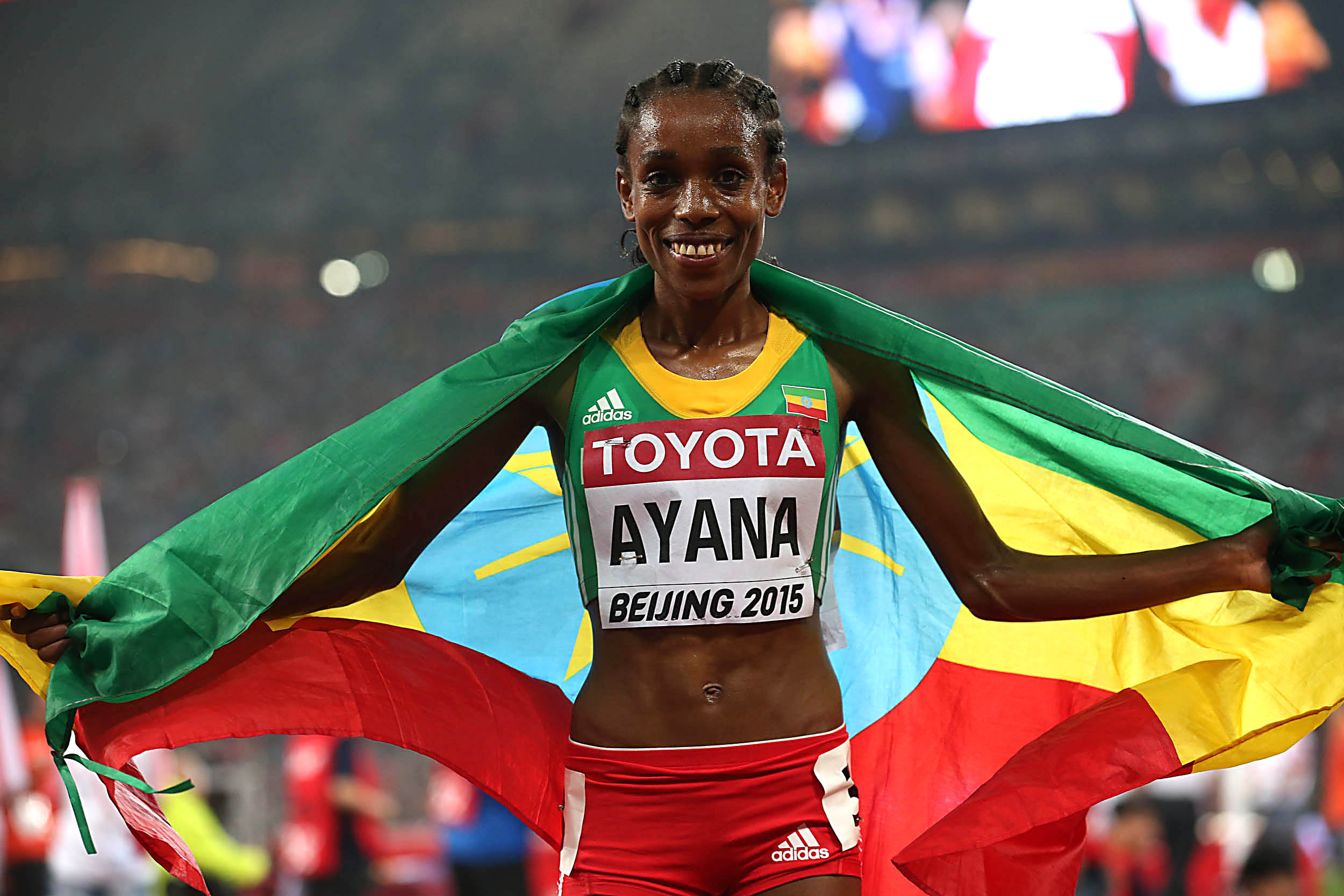