Miller, who practically came to a standstill with less than 10 metres to the finish line, stretched and fell across the line in 49.44, a personal best to take a legitimate gold, according to finish rules.

But several fans of the sport, have since taken to social media to criticize the athlete’s victory, describing the “dive” as unfair.

“I am so disappointed with the negativity that surrounds the women’s 400m results, and Shaunae Miller’s awesome win to the finish line,” said Trotter, who helped USA to 4x400m gold medals in London 2012 and Athens 2004.

“Let me tell you something, I’m team USA baby, I am Allyson Felix, Natasha Hastings, Phyllis Francis all day,“ the two-time World Championships (2003 and 2007) 4x400m relay gold medalist said in her support for the ladies who represented Team USA in the 400m.

The 33-year-old, in her video post, explained what happened to Miller at the finish line.

Trotter said that there is a lot of pain associated with the 400m.

“The last 10 metres, Shaunae Miller has no legs, if you go back and watch this race, slow, more than last 10 meters, you will see she start to collapse and buckle. She has literally ran all the gas out of her body, she gave it everything she has, and she leaned across the finish line, which resulted in a fall, because she has nothing in her legs left,” Trotter said.

American champion, Allyson Felix, who closed considerably in the last 50 metres, took silver in a season best 49.51 while Jamaica’s Shericka Jackson, who Trotter also praised, pocketed the bronze in 49.85.

“I am here to tell you that’s what happened, I was in the stadium, I ran the 400m for 13 years, (so) I am trying to tell you she won this race legitimately, there is no rules against it, we teach leaning, leaning is a taught thing,” she added.

She said the aim is to lean to “get across the finish line first, no hate, no shame, the girl won it.”

“Team USA came away with the silver, that may not be how some of you want to feel, but the fact of the matter, Shaunae got the gold; show her some love and to stop hating on the girl,” she said. 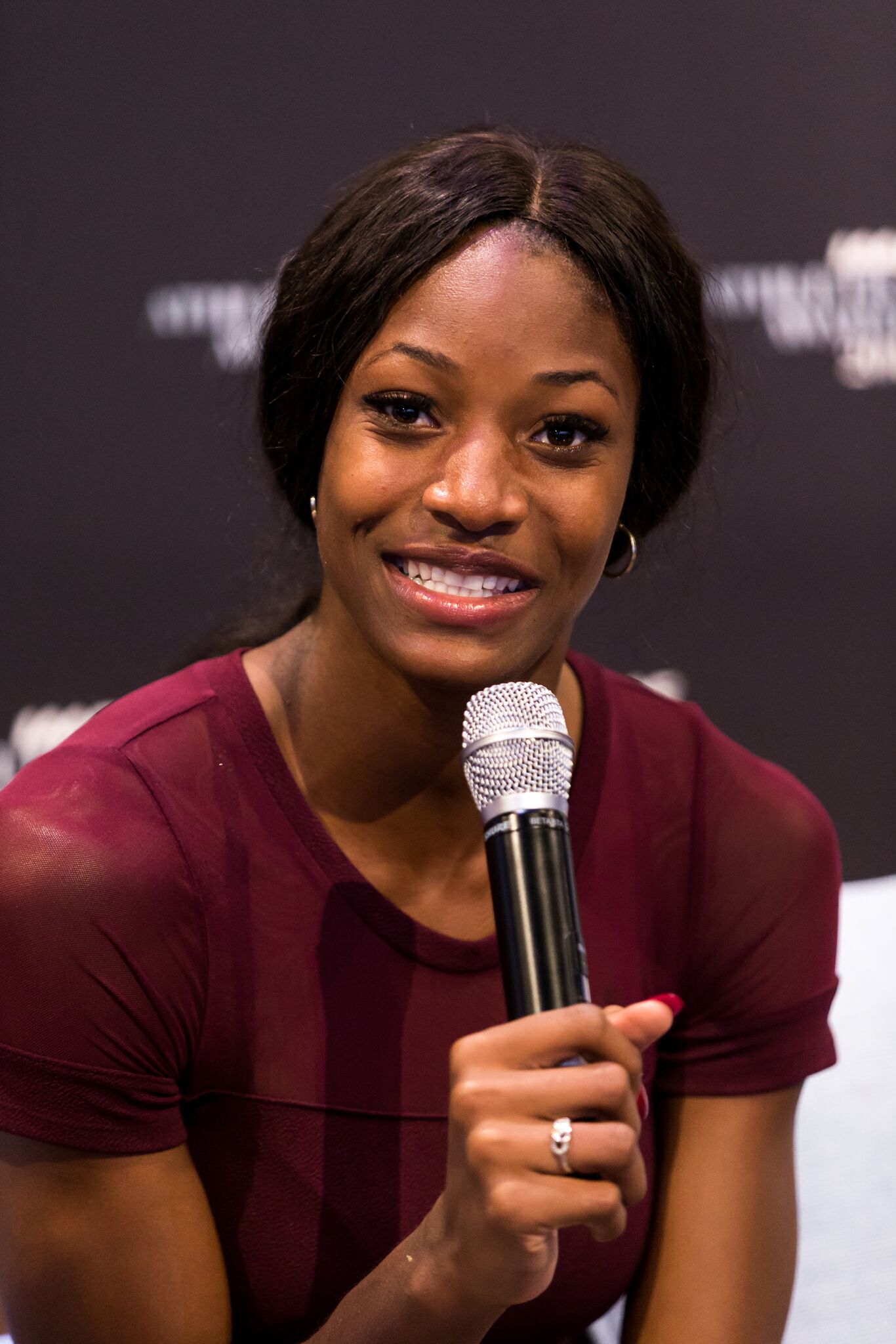