BATON ROUGE – As the Tigers and Lady Tigers prepare for their final tune up for the championship season at LSU Twilight on Friday night, they are each ranked in the Top 10 in the final Track & Field News Indoor Dual Meet Rankings and Top 20 in the U.S. Track & Field and Cross Country Coaches Association Top 25 power rankings released on Tuesday.

The Lady Tigers lead the way for the program at No. 11 in the women’s USTFCCCA Top 25 rankings, while the Tigers have cracked the Top 20 at No. 16 nationally in the men’s power rankings.

Tuesday’s release of the USTFCCCA Top 25 marks the first time this year that the organization is using only performances recorded during the 2014 season for its ranking calculation.

With five weeks of the 2014 indoor season now in the books, the Tigers and Lady Tigers have combined for seven performances that rank among the NCAA’s Top 10 in their respective events. Five athletes and both of LSU’s 4×400-meter relay teams lead the way as they are poised to guide the teams into the NCAA Indoor Championships in just three weeks.

Senior Jasmin Stowers is a true national championship contender in the women’s 60-meter hurdles as she currently ranks No. 2 nationally in the event with a personal best of 8.01 seconds. Stowers has claimed the win in each of her first five appearances of the season, including a win over the NCAA’s No. 1-ranked Kendra Harrison of Kentucky at the Tyson Invitational last weekend.

The Tigers have been led to this point in the season by the likes of junior All-America and NCAA title contender Vernon Norwood as he is the nation’s No. 4-ranked 400-meter runner with a PR of 45.81. Norwood ran an outstanding 45.09-second split on the anchor leg of LSU’s mile relay team that set a seasonal best with the nation’s No. 2-ranked time at 3:04.60 in victory at the Tyson Invitational on Saturday.

The Lady Tigers also cracked the Top 10 of the NCAA rankings at No. 10 with their seasonal-best time of 3:34.89 in the women’s 4×400-meter relay at the Tyson Invitational this past weekend. 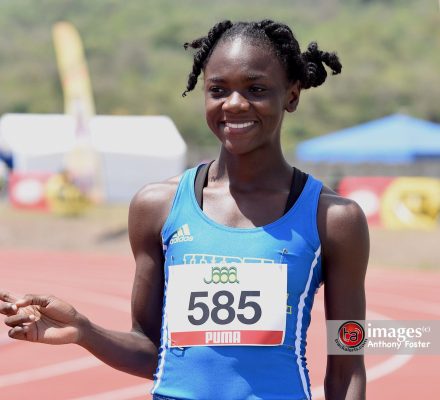