BUENOS AIRES, Argentina – Top honchos of Jamaica’s parent body for sport, the Jamaica Olympic Association (JOA), are charging its affiliates to place greater priority and emphasis on preparing athletes for international competition, following dismal performances by some of Jamaica’s athletes on the opening day of track and field at the Youth Olympic Games on Thursday, October 11.

However, 400-metre runners Evaldo Whitehorne of Calabar High and Daniella Deer of Vere Technical were disappointing in rainy and bitterly cold conditions – with temperatures close to 15 degrees – while swimmer Emily MacDonald was fourth in her 50m freestyle heat and failed to advance.

Deer, just outside the top-three with a PB of 53.06, ended fifth in her six-runner heat in 1:00.12. She admitted having a hamstring problem on the backstretch, which effectively ended her chances.

Despite the unfavourable conditions facing the Jamaicans in the competition that falls outside their regular track and field season, JOA President Christopher Samuda and CEO, Ryan Foster, along with head coach David Riley, noted that coaches need to exercise greater priority over their athletes for global meets.

“Going forward the respective sports are going to have to look at their calendar of events, and the coaches in particular. When we have international events such as the Youth Olympics you have to condition your athletes for the international stage,” said Samuda.

The JOA President added: “For example, next year we have the World Championships in track and field and I’m speaking specifically in relation to track and field. We have a lot of youngsters who can make the transition in Doha, are we going train them for a national programme and ignore the imperatives of an international programme where they are going to get far more accolades and it would also prepare them for an international career?

“So we have to get together, yes, the JOA has a responsibility. But the individual sports associations and federations must look seriously at their calendar in the interest of their athletes and see how best they could make the adjustment to ensure that they get the optimal performance on the international stage for the athletes,” said Samuda.

All the athletes here were selected provisionally by the International Association of Athletics Associations and North American, Central American and Caribbean Athletic Association (NACAC) before the end of March 2018. The final list was made known within the last six weeks.

“The international stage is where it is and the Jamaican track and field calendar does not stop at Carifta Games or the Penn Relays, this is the international level and we should be training our athletes not just for these competitions, but even out of competition for conditions such as these because when they do transition into becoming professionals this is what they will be facing on a daily basis on the Grand Prix stage,” said Foster.

“So while we commend them, because the conditions are really bad, we need to place more emphasis at the coaching level and as administrations in ensuring that our athletes transition on the world stage,” Foster cited.

Riley, who coaches Nugent at Excelsior High, assessed that while the conditions affected “peak performance”, prioritising was the real issue.

“As I’ve said before, everybody has to decide which is important and which competition they are going to target the athlete to be ready for. So if a coach thought that this would be the competition that he prepares his or her athletes for the athlete would turn up in great shape, that’s all that this is really about,” said Riley.

“There’s no question as to the competences of our coaches and their ability to get the athletes sharp and ready, it’s sharp and ready for which meet,” he stated. “And that will vary depending on the philosophy of the coach or the philosophy of the programme that the athlete is a part of, whether they want local glory, (whether) they want regional or international glory, that is where the whole issue is.”

What’s your personal view, he was asked?

“I think international glory is way better than anything that we do locally. These are the big meets, not the ones that we do in Jamaica.” 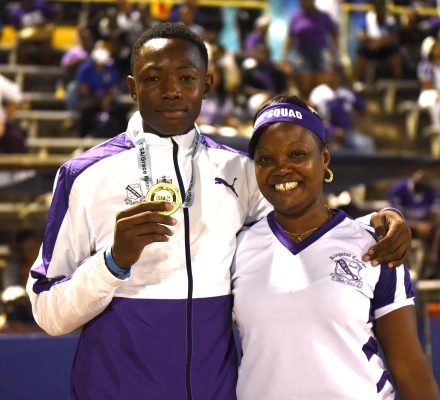 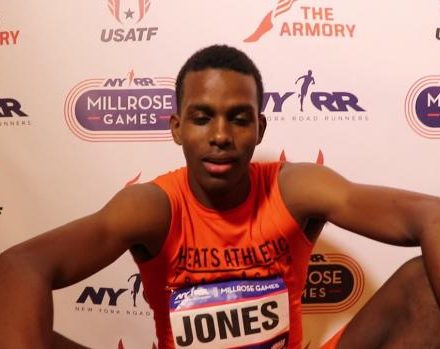