All three LSU event winners by LSU became first time SEC champions. Armstrong was the first Tiger on the day to win with a personal best time of 7.11 seconds in the 60 meter dash. Armstrong becomes LSU’s 10th athlete to win an SEC title in the 60 meters, and it’s the first since Mikiah Brisco won in 2018. Armstrong’s time of 7.11 moves her up to No. 3 in LSU history behind Aleia Hobbs and Mikiah Brisco; it also is a 2022 NCAA lead and it makes her the 10th fastest performer in collegiate history.

The most exhilarating slash surprising win of the night came from triple jumper Sean Dixon-Bodie. Well, it wasn’t completely unexpected, as he entered the meet with the best mark in the SEC this season, but as he approached the runway for his sixth and final attempt, he sat in sixth place. That’s when he unleashed a career best mark of 54’ 7.25” (16.64 meters) to jump from sixth to first and win the title. It moves him into No. 3 on the NCAA list this season and ranks No. 5 in LSU history.

Favour Ofili set the LSU school record in the 200 meter dash with a personal best time of 22.46 to garner silver. Ofili’s 22.46 time broke Muna Lee’s (2003) previous school record of 22.49 seconds. Ofili was the tough luck runner up as Kentucky’s Abby Steiner stormed away with the win in a collegiate record setting time of 22.09 to become the second fastest performer in world history. Ofili’s time of 22.46 ranks No. 2 in the world and NCAA this season, and it bettered her own African record in the event. It’s also No. 9 in collegiate history and No. 18 in world history.

LSU had four other podium finishes to close out the conference meet. Katy-Ann McDonald ran the best indoor 800 meter race of her life with a time of 2:02.85 to finish as the runner up. It marked the No. 3 time in LSU history and the No. 3 time in the NCAA this season. Lisa Gunnarsson was the other runner up for LSU as she cleared a bar of 14’ 4” (4.37 meters) capture silver in the event.

In the women’s high jump, Abigail O’Donoghue cleared a season best bar of 6’ 2” (1.88 meters) to finish third and move up into a tie for second on the national list this season. Fellow jumper Nyagoa Bayak cleared a bar of 5’ 9.75” (1.77 meters) to earn a tie for sixth. It was O’Donoghue’s fifth career SEC medal when you combined indoor and outdoor performances, and she has scored a whopping 33 points at the SEC indoor meet in the high jump dating back to 2018 including the SEC title in 2019.

LSU’s final podium finisher of the day was John Meyer, who registered an indoor personal best in the shot put. He tossed the shot 65’ 4” (19.91 meters) on his second attempt of the day to secure his first SEC medal in third place. The mark moves him up to No. 9 in the NCAA this season and betters his previous spot on LSU’s all-time list in the second position.

Leah Phillips and Dorian Camel both scored in two events for the Tigers on Saturday. Phillips ran PRs of 7.97 in the 60 meter hurdles and 23.14 in the 200 meters to accrue eight points for the LSU women. Her time of 7.97 was particularly impressive as it was her first time going sub eight seconds; it moved her to No. 4 in LSU history and No. 6 in the NCAA this season. Camel scored seven points with a fifth place finish in the 200 meters (20.90/PR) and a sixth place finish in the 60 meters (6.71).

The LSU women’s 4×400 meter relay of Amber Anning, Michaela Rose, Garriel White, and Favour Ofili closed out the conference meet with a fifth place finish in a season best time of 3:32.46; that time should earn them a bid to the NCAA Championships.

The final highlight of the day was once again freshman Addison Stevenson in the 3,000 meter run. Roughly 23 hours after becoming the third fastest 5k’er in LSU history, Stevenson dropped a 3,000 meter run personal best of 9:30.93 to move into the No. 3 spot on the LSU all-time list in that event. She finished 18th in the event.

The Arkansas women and men won both the team titles. 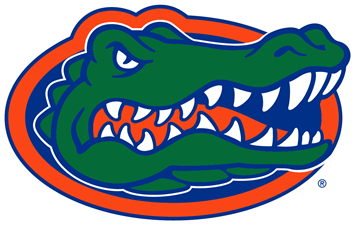