AUBURN, Ala. – The Auburn track and field team will host the War Eagle Invitational on Friday and Saturday at the Hutsell-Rosen Track. Competition is slated to begin Friday at 2 p.m. CT with the men’s hammer throw, while Saturday’s action will get underway at 11 a.m. CT.

“It is getting late in the season and people are starting to come around,” head coach Ralph Spry said. “We have gotten better each weekend, and I don’t think that will change this weekend. We have had a good week of training. I expect to keep adding to our list of national qualifiers. This meet will be a good opportunity for us, and we are well rested.”

The Tigers picked up seven wins and set 11 personal bests last weekend at the second annual Border Clash. In the first scored meet of the season, the state of Alabama women defeated Mississippi, 108-81, while the men fell, 98-93.

Freshman Jonielle Smith won the 200m at 23.71, a new personal record, and sophomore Ebony Morrison was runner-up in the 100mH at 13.34. Freshman Kendra Mitchell won the javelin throw, after setting a 14-foot personal best and the school’s freshman record at 155-4/47.35m. 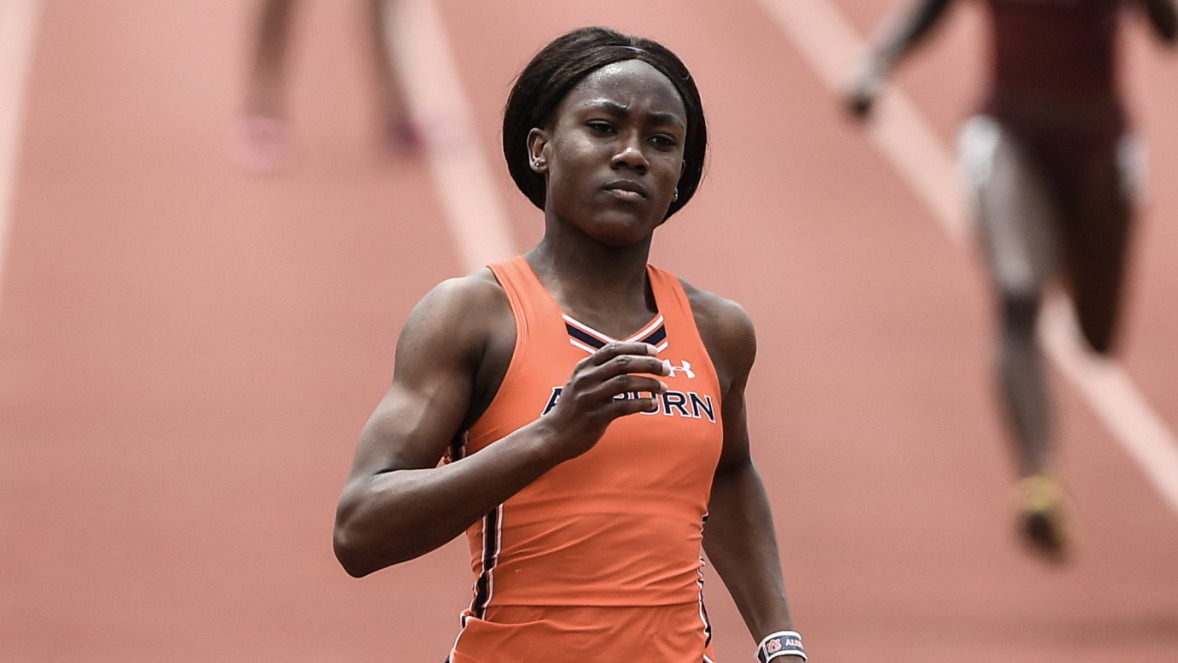