TORTOLA, BVI – Who will get bragging rights this year? For the last year, the Fire and Rescue Service Department have had bragging rights after defeating Police in their first matchup in the Johnny Hassan Relays a year ago.

Police have ensured that a rematch is in the cards during the BVIAA organized event that starts at 5:30 p.m. on Friday night at the A. O. Shirley Recreation Grounds. Hassan—a former BVI Athletics Association President who served between 1974 and 1976—has put up $300 for the winning team.

Last year, Chief Fire Officer Zebalon McLean was at the starting line to give his boys the final pep talk and his B Team went on to win the 4 x 100m Relay in 48.89 seconds, with HM Customs placing second in 49.51 edging the Police Squad’s 49.84. Fire’s A Team finished in 51.09 while a female Softball squad ran 55.49.

But this time around, Police plan to make amends with a cast that has been working on being the top team and making their ranks proud.

The competition will also feature relays for U9 through open athletes in several disciplines, including 4×50, 4×100, 4×200 and Sprint Medley Relays.

Admission is $3 and food and drinks will be on sale.

Chantel Malone used a season's best to cut the sand @ 6.45m in winning the New Mexico Classic Long Jump over the weekend.

Cary High School Jr. Lakeisha "Mimi" Warner, was 3rd in the North Carolina State High School Indoor Championships 500m on Saturday, in 1 minute 16.59 seconds in her 1st season of indoor running. She then led off the Cary High School Girls 4x400m Relay team that placed second in a school record time of  3:55.37. 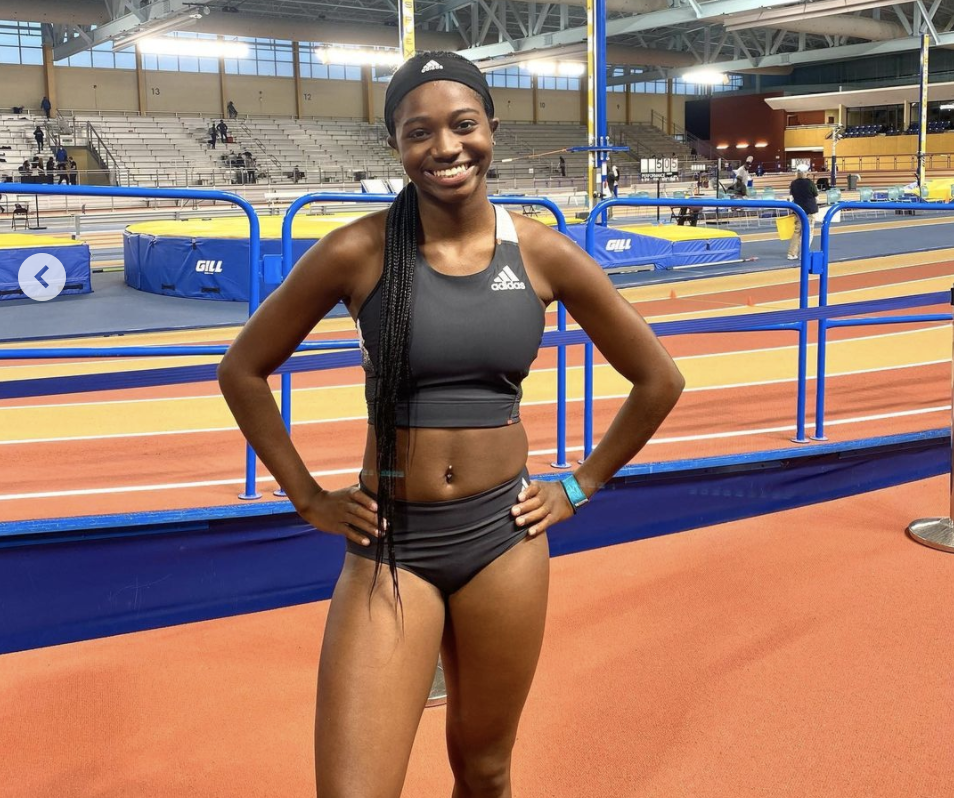