Also for first time, these championships are being held in the same year as World Championships and for the fourth time in Germany. For the second time, wild cards are being used for defending champions; the 35 km walk (replacing 50 km) will be a new event.

In total, 48 events will be contested (the mixed relay comes in the future to equal World Championships events). There should be a new participation record (Berlin had 1449) as 1540 names appear in the final entries. Three countries (Russia, Belarus, Liechtenstein) are not competing, so the final number is 48. In total, 31 reigning individual champions from Berlin 2018 are competing, including Sandra Perkovic, who is targeting a record-breaking sixth successive title in the discus. In total, 13 individual winners from 2018 are missing, among them 4 men and 9 women. All 10 European gold medalists from the World Athletics Championships in Oregon are due to compete (8 men and 2 women).

At least four athletes on the entry list competed when Munich hosted the 2002 edition of the European Athletics Championships. Those four are Czech Republic’s world javelin record-holder Barbora Spotakova, France’s 2016 Olympic discus silver medalist Melina Robert-Michon and Portuguese race walkers Joao Vieira and Ines Henriques. In Zurich ‘14 the top country was Britain (12-5-6); in Amsterdam ‘16 for the first time it was Poland (6-5-1) and in Berlin ‘18 it was Britain again (7-5-6).

100 meters: Is Jacobs ready for a sub 10? If yes, then he’ll do it against British speedsters Hughes (defender) and Prescod. If the weather cooperates, a championship record (9.95) is possible.

400 meters: It looks clear for Matthew Hudson Smith the defender; can he come close to the European record (44.27) and championship record (44.52)? The fight for other medals is very open.

800 meters: Look out for Dobek, an Olympic medalist, French strength from Robert, Tual; Spanish force from de Arriba, Garcia and Ben, but it could be also a matter of surprise. Oh, we nearly forgot 1500-meter world champion Wightman.

1500 meters: We predict a Jakob Ingebrigtsen story part 2, continuing after the 5000 meters; the same double like Berlin. Many contenders will vie for other medals, including Interestingly from Luxembourg, which has so far only one medal in history of the championships.

10,000 meters: Without a clear favorite, we can of course mention Scott, Gressier, Crippa, Kimeli. The event depends on the pace, so if slow it could be anybody´s race. How about the German Mohumed?

Marathon: The best bet is Lamdassem, followed by home hope Petros, but Naert is the title defender. A sub-2:07 run can also come from by Teferi and Tesfamariam, but we know that personal-bests are not that important in a championship marathon.

400-meter hurdles: Warholm is determined, but Happio is the best on paper this year. The bronze medal is open.

High jump: Tamberi is not on the top of his game, but trying. Protsenko has a medal from Eugene, but recent marks are not impressive, while Przybylko is the title defender. Former champion Bondarenko returns. We feel a surprise winner coming.

Pole vault: Mondo is in his own field, setting sights on his championship record 6.05 meters. Behind him is the battle for silver and bronze among a good group of candidates. A dozen men are over 5.80 indoor or outdoor this year.

Triple jump: Who can beat world and Olympic gold medalist Pichardo? Italians and French jumpers will scrap for the other medals.

Shot put: Stanek is in shape, Mihaljevic has good preparation, Sinancevic is also ready. What will be the shape of Polish stars?

Discus: The top five from Eugene are here, but Ceh looks like a consistent 70+ thrower, leading the Lithuanian and Swedish duos. This will be one of the highlights, with a championship record of 68.87 meters to chase.

Javelin: The focus is Vadlejch against home thrower Weber. What shape is Hofmann in? Rohler defends the title.

Decathlon: Mayer, even when he was World champion, will not have it easy against Ehammer and a motivated Kaul. Don’t forget the Estonian trio.

20-kilometer walk: Karlstrom and the Spanish team battle, but the Olympic winner and world champion Stano is still the main favorite.

35-kilometer walk: This distance debuts. Linke is at home, Karlstrom aims for the double and against strong Spanish team.

4×100-meter relay: Who can attack the Brits? They won bronze in Eugene. For sure Italy, the Olympic winners. Maybe also the home team or France, with the championship record 37.79 seconds under threat.

4×400-meter relay: Belgium goes for their third gold in a row, but the dark horse is the Netherlands. France, Czech Republic, Poland also deserve mention – oh yes, and Britain too.

100 meters: Here’s the question; if Dina is fully ready after Eugene (and passing on Commonwealth Games) can Kambundji or Neita beat her? Luckenkemper and Swoboda should be coming from behind.

200 meters: Here, it looks even more clearly a Dina vs Mujinga clash. The bronze position is open.

400 meters: Bol goes against Polish angels, but Klaver is also in top shape.

800 meters: Hodkingson and the rest will battle, but there’s a big fight for the other medals.

5000 meters: McColgan brings Commonwealth Games appetite; Klosterhalfen is at home, Grovdal by time. Hassan is out, but this will be after the 10,000 meters. Beating the championship record (14:46.12) is possible.

10,000 meters: This is where the first story of McColgan, Klosterhalfen and Grovdal begins. Here, Chemtai will try to defend.

Marathon: Brinkman is this year’s fastest; the German team is ready; expect somebody like Schlumpf to surprise. The championship record of 2:25:14 should fall.

SC: Bird is the fastest, Gega is consistent, Mismas is also there. Albania has never won gold at European Champs. The championship record of 9:17.57 should go.

100-meter hurdles: Skrzyszowska is in top current shape; Sember should also be included, Visser is a great competitor. No one from former medalists competing.

400-meter hurdles: Bol for CR (52.92). Behind her should be the Ukrainian duo, but so should a solid group of other sub-55 contenders.

Pole vault: Stefanidi the champion is the favorite going for her fourth gold in a row. Sutej leads the challengers; Moser is getting into shape.

Triple jump: Mamona is an Olympic medalist and was the best European in Eugene (second-best there was Makela). But let’s be ready for Bekh-Romanchuk.

Shot put: Dongmo vs Schilder will go for gold; Roos for bronze.

Discus: Perkovic is one of the big names of these championships, going for her sixth gold in a row and making history. The Germans should sort out the other medals.

Hammer throw: It’s Fantini vs Kopron, a new champion coming through, along with Ghelber and Jacobsen. Tavernier is not in the shape of previous years.

Javelin: The event is more than open. Farewell to Spotakova, while Tzengko leads the lists. Vilagos is the young star. Is there a surprise from the Baltics?

Heptathlon: Thiam is another of the world stars competing here, as is Vetter, the silver medalist from Eugene and fourth-placer Sulek. Can they attack the champs-record 6823 points?

20-kilometer walk: World medalist Zdzieblo is the obvious choice. Maria Perez is another favorite as the title defender; the event is very open after these two.

4×100-meter relay: Britain or Germany? Switzerland and a surprising Spain could surprise.

4×400-meter relay: This should be gold for Poland as title defenders, with the Netherlands attacking. Better in Eugene, however, were Great Britain, France, Belgium, Italy and Switzerland. 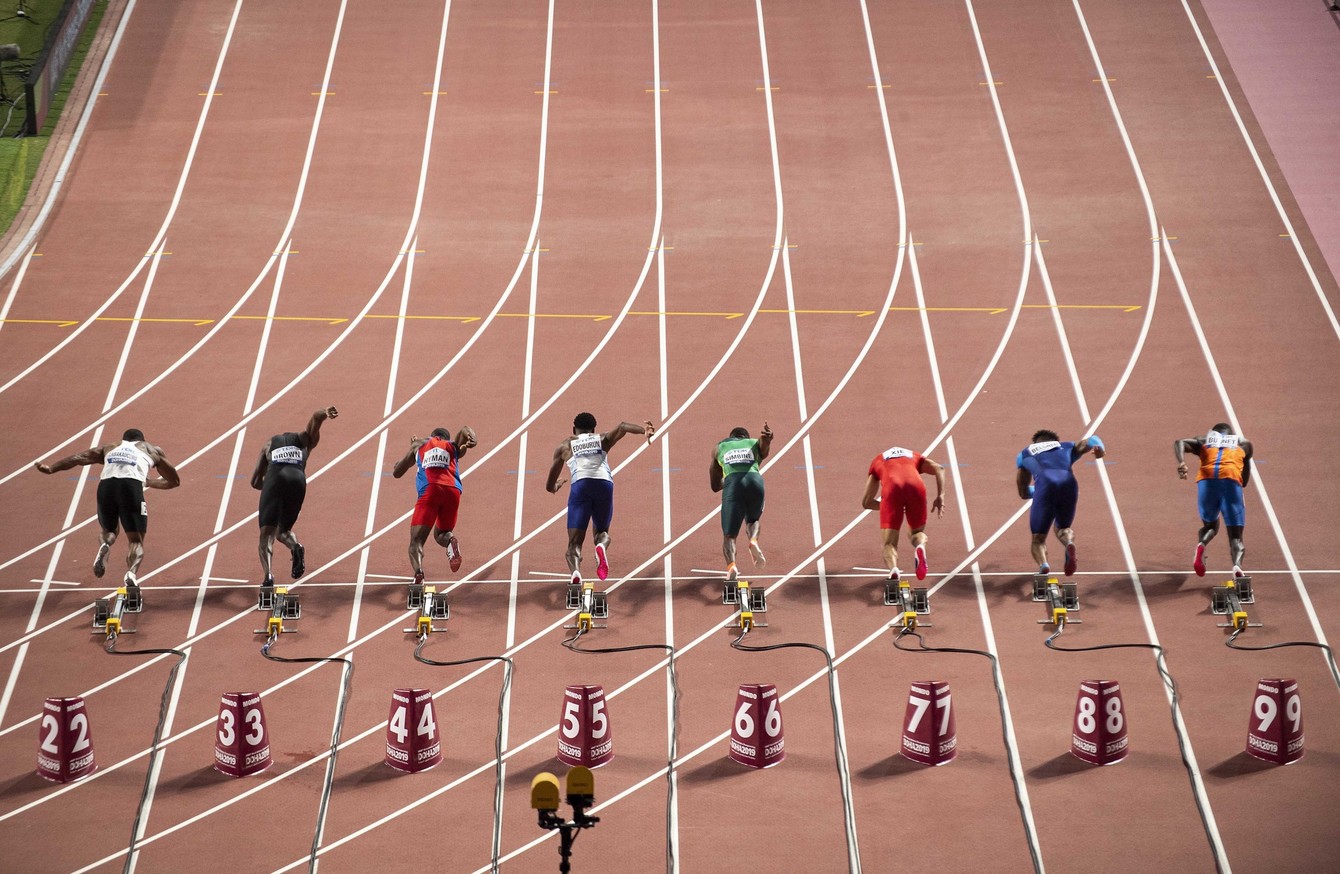 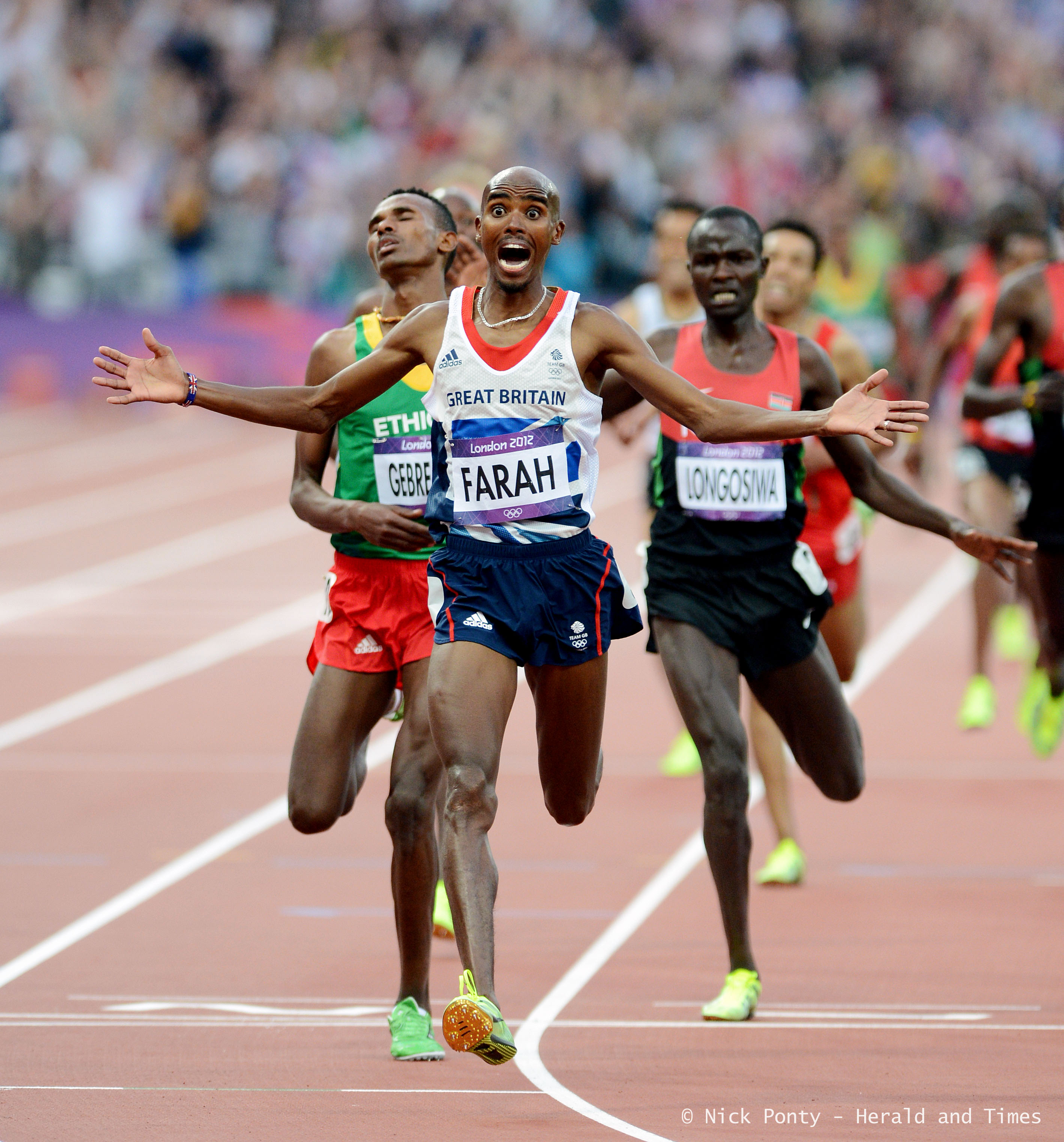