New entrant to the Jamaican track and field family, the USA-based, Leah Nugent, further cemented her name in the minds of track and field enthusiasts, by securing a solid win in the women’s 400mH race at the TrackTown Classic in Edmonton, Canada on Friday (15 July).

In the women’s 200m, the impressive Bahamian and World Championships 400m silver medallist, Shaunae Miller, delighted spectators by winning the event in a time of 22.36. She finished ahead of Americans Joanna Atkins, 22.54 and Alexandria Anderson, 22.90. Jamaican Kerron Stewart, 23.21 and Trinidad and Tobago’s Semoy Hackett, 23.22, were 5th and 6th respectively.

The second Jamaican on the gold medal podium was Andrew Riley who won the men’s 110m hurdles in 13.56 secs. Behind him were Ryan Fontenot of the USA (13.63) and Shane Brathwaite of Barbados (13.64) in second and third respectively.

Jamaican veteran, Novlene Williams-Mills, held on for third in the women’s 400m which was won by American, Courtney Okolo, in 50.47. Williams-Mills ran a time of 51.95 to finish just ahead of compatriot Patricia Hall, 53.20. Second went to Francena McCorory of the USA in 51.83.

In the men’s equivalent, Trinidad and Tobago’s Lalonde Gordon, who entered with the fastest time, stopped at the 200m mark. The top spot went to Arman Hall of the USA in 45.05. The other Caribbean representative, Alonzo Russell, of the Bahamas was 6th in 47.00.

Canadians were further delighted with the performances in the men and women 800m, which saw Melissa Bishop setting a new Canadian Record to win in 1:57:43 secs in the women’s event and Anthony Romani placing second in the men’s event (1:45:60 secs).

Jacquelin Coward of the USA finished ahead of her compatriot, Dawn Harper-Nelson in the women’s 100m hurdles event, 13.02 to 13.15.

Atkins won her race in 11.42, the same time given to compatriot, Tiffany Townsend while Jamaican, Kerron Stewart finished 3rd in 11.49. 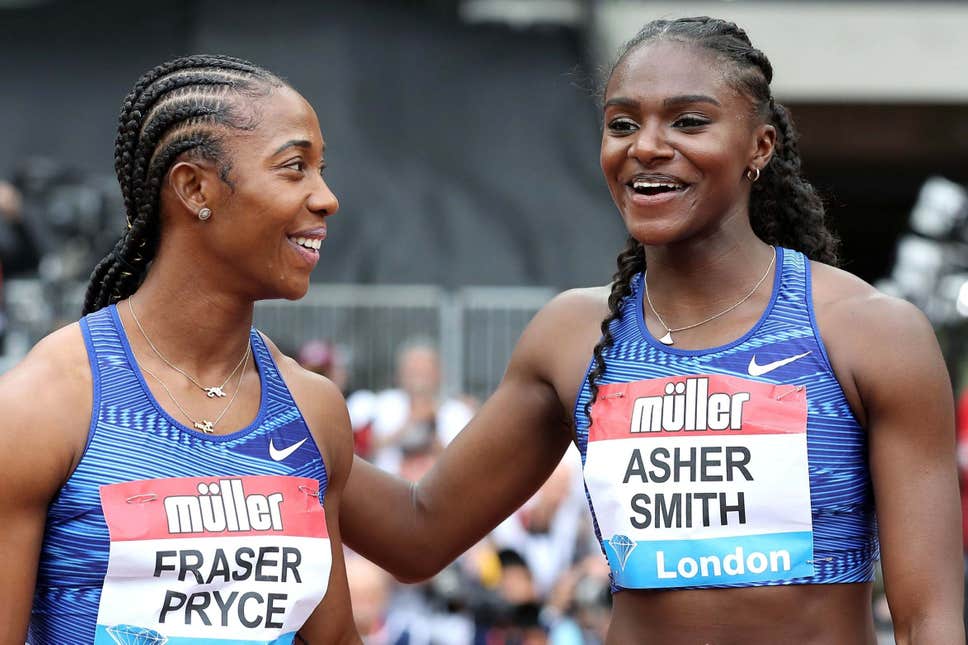