KINGSTON — In-form Janieve Russell and Andre Clarke will start as the ones to overcome in the women’s and men’s 400m hurdles finals at the 2018 Jamaica National Senior Championships on Day 2 on Friday night.

Gold Coast Commonwealth Games champion Russell heads into the women’s final in the best form and clocked the fastest time from Thursday night’s heats, at 54.84 seconds.

The MVP Track Club star will race from lane four in the final and she will be hoping to improve on her personal best time of 53.78 secs, set at the Shanghai Diamond League in May.

Defending champion Ronda Whyte qualified second fastest for the final with a time of 55.04 and she will be determined to keep her national title when she starts from lane five.

Leah Nugent ran 55.32 to earn a spot in the final and she will start from lane six in the title race.

World bronze medallist Ristananna Tracey finished a disappointing fourth in her semi-final heat on Friday and will have to improve significantly if she’s to challenge the top contenders.

Rushell Clayton ran a personal best of 55.10 to secure a place in the final, while Nikita Tracey booked a place by producing a season’s best of 55.41.

On the men’s side, Clarke will start as the overwhelming pick to win the title after delivering some quality performances coming into the championships.

Clarke, the sixth fastest man in the world this season, posted 48.46 secs to win his semi-final heat with the fastest time on Thursday night

Kemar Mowatt was second to Clarke in the heats in 48.96 and he too will have his eyes set on winning the national title this season.

Rio 2016 Olympic Games finalist Annsert Whyte qualified with a time of 49.05 and he will race from lane three in the final. 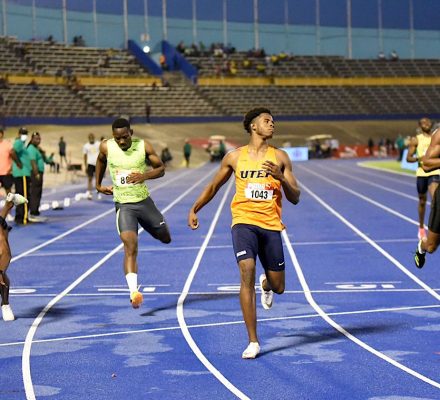