Elated. That’s the word used by recently crowned Olympic Sprint hurdle champion, Omar McLeod, to describe the feeling after his victory. The 22-year-old Jamaican on Tuesday night made history, by being the first Jamaican to medal in the event.

McLeod cleared all ten hurdles without incident and amazing speed in between, to claim a decisive victory in 13.05 seconds.

McLeod, who said he is inspired by former Olympic champion, Allen Johnson, says he didn’t allow the setbacks of his last season to ruin the chances for him this time. The former Manchester and Kingston star, who fell in two Diamond League meets this year, finished 6th at last year’s World Championships

“I bounce back well…it was as if it never happened. I came into this championship trusting myself, I dug deep in God, I just needed to believe in my ability and I did that and came and had fun,” the former Jamaica junior record in the 110m (13.24) and 400m (49.98) hurdles,” added the Arkansas student.

“It’s been an up and down year. It was kind of a humbling experience. I came to the realisation that things happen in sport. You are never guaranteed a perfect career. It was a test of character and I bounced back well,” said the first man to run sub-50 in the 400m hurdles at Champs.

“Obviously it weighs on your mind. You fall and you wonder what’s going on.”

McLeod is known in track and field circles as being very fast. When asked if he will now be the “ Bolt of the hurdles” he laughingly replied “maybe”. He mentioned that he had to control his speed and not allow it to get the better of him, as it sometimes does, and that allowed him to control his race.

However, when asked if he would consider the 100m event, being a sub 10 seconds runner, McLeod responded “for now, I am a hurdler, not a sprinter. I mean I just won gold in the hurdles”. He did, however, acknowledge that he would like to experiment a lot more, but his focus now is growth in his event.

Orlando Ortega (SPN) was second in the event in 13.16 seconds. The bronze went to Frenchman, Pascal Martinot-Lagarde in 13.29 seconds.

McLeod is currently ranked #15th on the all time list of the men’s 100mH event. He says in the same way a medal wasn’t on his mind, he is not thinking about the world record of 12.80 held by Aries Merritt of USA. 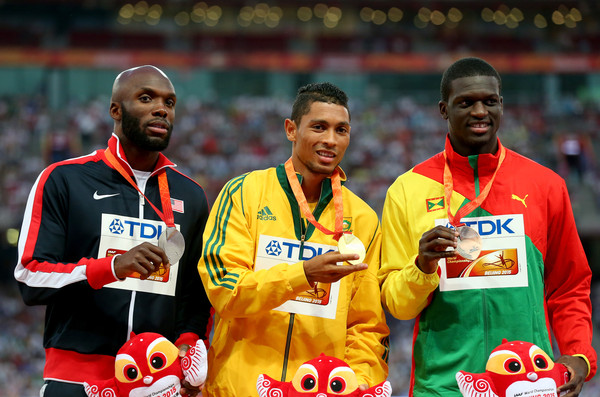 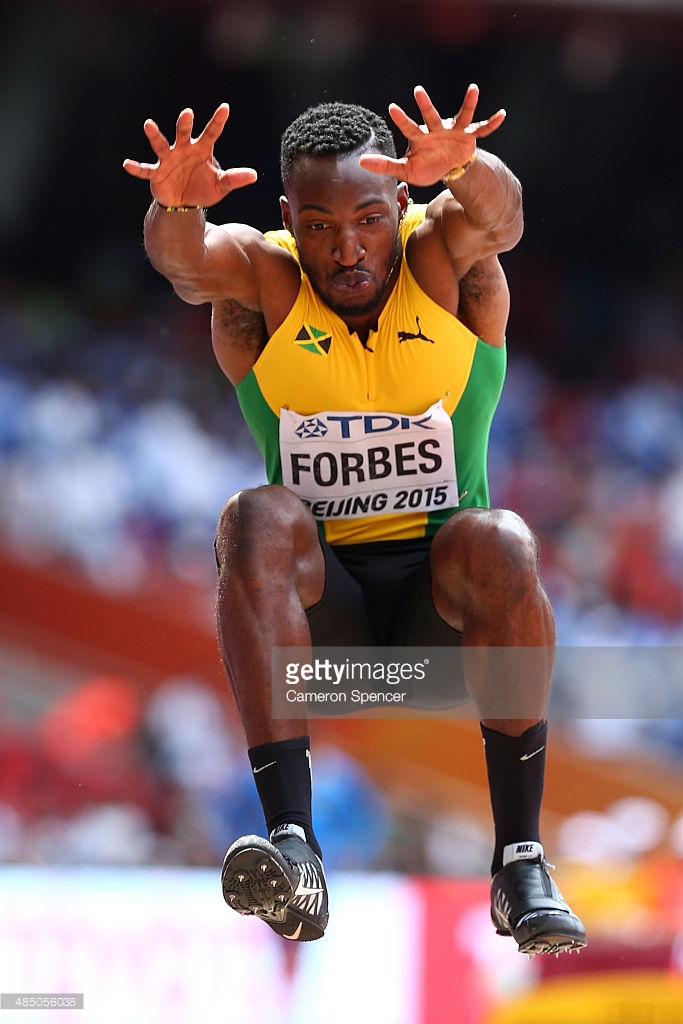