The 23 Gold Coast 2018 Commonwealth Games (GC2018) sport pictograms were unveiled to the world today in a uniquely Gold Coast way.

GC2018 mascot Borobi, Gold Coast-based athletes, school children, tourists and local residents all played their part in showing off the official GC2018 sport pictograms on a video filmed at various locations around the city, including the Gold Coast Aquatic Centre, Nerang National Park and the Surfers Paradise foreshore.

“GC2018 is a truly global event where we will welcome athletes and visitors from across the 71 Commonwealth nations and territories,” he said.

“The sport pictograms will be used as wayfinding to help visitors and locals navigate around venues and the wider precincts come Games-time.

“They will also be useful guides for non-English speaking or English as a second language visitors and athletes to identify the individual sports.

“With a cumulative broadcast audience of 1.5 billion expected and more than 1,000 hours of live sport, the graphics also create a simple identifier for each sport across publications, websites and social media,” Mr Beattie said.

“The GC2018 Sport Pictograms are really distinctive and I’m confident they will become an easily recognisable symbol for all Games stakeholders enjoying a great Commonwealth Games on the Gold Coast,” Phillips said.

“The sport pictograms are a small thing that play a big part in each Commonwealth Games and are distinctive to each Games,” he said.

Gold Coast-based heptathlete and Griffith University student, Casidhe Simmons, said having GC2018 in her backyard was making her train harder.

“I’m certainly using the prospect of competing at GC2018 as an inspiration on the training track, day-in day-out,” she said.

“Being involved in the sports pictogram video is a reminder of how close the Games are and how much work I need to do to make sure I’m on the team.

“I think the pictograms all look great, but the athletics image would have to be my favourite.” 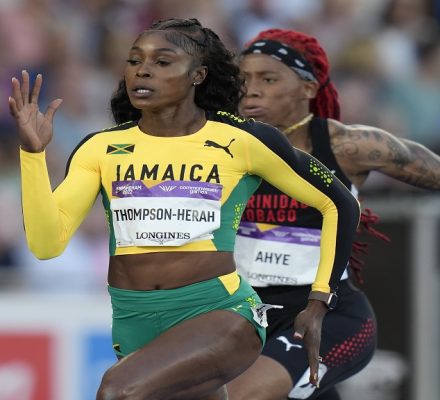