Good day all. After a pulsating month of World Cup football, we are back to our normal lives with other sporting pleasures, while not rivalling the ‘king of sports’ can cause great heights of joy, stress and enthusiasm. Track and Field is one such sporting event and the prestigious Diamond League makes its 10th staging on the beautiful Isle of Monaco located on the French Riviera this Friday. The Herculis Monaco Meeting International as it is called will showcase several outstanding athletes vying for the coveted Diamond League crown in their respective events.

The women’s 400m hurdles should get things off to a cracker as it features Jamaica’s world and Diamond league leader Kaliese Spencer against last year’s Diamond winner and World Champion Zuzana Hejnova of Czech Republic making her season debut. The field will also include the strong Nigerian born Bahrain athlete Kemi Adekoya who shocked the world with victory in Qatar in the opening meet. She currently sits second behind Spencer. The American pair of Kori Carter and Georganne Moline is improving steadily and should make the race very exciting.

The women’s 100m will be one of the most anticipated races for various reasons. The field includes World and Olympic champion Shelly-Ann Fraser Pryce and her teammate Veronica Campbell-Brown. New sensation and Diamond leader Tori Bowie of the United States is on the start list alongside Allyson Felix, Blessing Okagbare and Ivory Coast poster girl Murielle Ahoure. Despite Fraser-Pryce’s dip in form, she is still joint second in the Diamond race standings! This event is as unpredictable as a World Cup penalty shoot-out.

The men’s 110m hurdles is very appealing nowadays because of some fearless youngsters knocking over their elders with some scintillating times. One such athlete is Pascal Matinot-Largarde of France. He is the Diamond race leader with a smashing season thus far and is on the verge of breaking the 13-second barrier. The confident Frenchman will have formidable opposition in American trio David Oliver, Ryan Wilson and Olympic Champion Aries Merritt who had some injury concerns earlier. Jamaica’s Hansle Parchment another quality hurdler on the rise was scheduled to compete at themeet but had to withdraw through injury. Another Jamaican Andrew Riley is registered to compete alongside Cuba’s fearless young rising star Orlando Ortega.

The men’s 200m event will see some very interesting competitors who are more comfortable at a shorter distance. It will feature Ryan Bailey, Justin Gatlin and Tyson Gay. Jamaica’s Nickel Asmeade and Rasheed Dwyer are also in the field along with French star Christophe Lemaitre and World Championship bronze medallist Curtis Mitchell.

There are a few other potentially exciting events although not mentioned here but should be included as must see events. These include the men’s 400m, 800m, 1500m and high jump. Please find schedule and start list (Jamaica time). 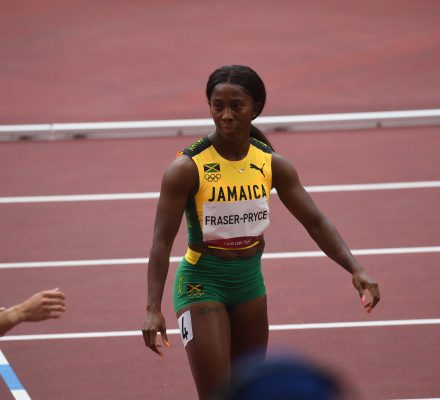 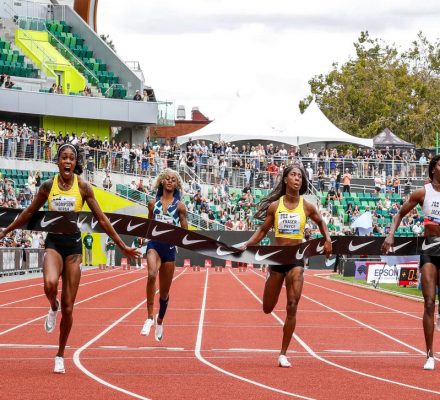