After winning the 60 meters in a photo finish in 6.70 seconds, Givans, formerly of Munro College, backed that up with a win by just .002 of a second over Arkansas’ Jarrion Lawson. The margin in the 60 was only .01 of a second.

Texas went 1-2 in the 60 meters and 200 meters and also posted some of the top times in the nation this season in the process.

Morolake Akinosun ran a national-leading 7.27 seconds to win the 60 meters with teammate Kendall Baisden behind her in second at 7.39. Baisden’s time ranks fourth in the NCAA so far this year as well.

Baisden backed up her runner-up finish in the 60 with a win in the 200. Her time of 23.84 seconds ranks No. 2 in the NCAA this year. The Longhorns made a statement in the event as well with Shania Collins and Akinosun finishing second and third. Their times rank third and fourth in the country, respectively.

Morgan Snow rolled to a win in 8.38 seconds in the 60 meter hurdles to rank seventh so far this year. 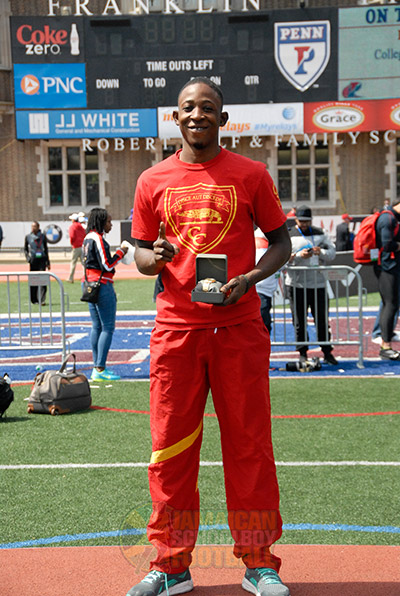