AUSTIN, Texas – Texas Track and Field tallied another win on Friday during the third day of action at the Nike Clyde Littlefield Texas Relays as Fabian Dohmann gave the Longhorns their lone victory for the day in the men’s javelin.

Dohmann posted a season-opening mark of 70.86 meters (232-6) to win over two athletes that were first team All-Americans last year.

Earlier in the day, Texas opened strong in the women’s 4×100 meter relay. The group of Morgan Snow, Ashley Spencer, Courtney Okolo and Caitland Smith ran 44.01 seconds to post the fastest time of the preliminaries.

The women’s team continued running well with three Longhorns advancing to the final in the 100 meter hurdles. Morgan Snow led the way with her top time of 13.20 seconds. BJ Adeokun and Ariel Jones will join her in Saturday’sfinal.

In another running final, freshman Ariel Jones took fifth in the 400 meter hurdles while junior Melissa Gonzalez claimed eighth. For the men, Byron Robinson took fifth as well. His time of 50.42 seconds ranks him among the top 10 Longhorns in school history.

Action concludes at the Nike Texas Relays on Saturday starting at 8:15 a.m. with the high school 3,200 meters followed by 4×100 meter relays. Tickets are available online at TexasSports.com or can be purchased at the box office at Myers Stadium. General admission tickets are $10 and $20 for reserved seating. Longhorn Network will air Saturday’s action live from 1:30-5:30 p.m.

Saturday will feature the Texas Relays Fan Fest on the behind east side of Myers Stadium. Food trucks, games a DJ and more will be available to entertain fans.

Texas Relays Autograph Alley will also allow fans to interact with former Longhorn greats and some Texas Relays legends. Longhorns scheduled to appear include Olympians Sanya Richards-Ross, Trey Hardee, Leo Manzano, Maquise Goodwin, Moushaumi Robinson and Michelle Carter. Former national high school record holder in the 200 meters Roy Martin will be there to celebrate the 30th anniversary of his record. Robert and Sean Kelly from the national record 4×400 meter relay will also be there for the 30th anniversary of their record. Autographs will be available from 11 a.m. to 3 p.m. with the athletes coming in shifts.

Defending Big 12 Conference champion Fabian Dohmann opened his outdoor season on Friday afternoon and tallied a victory. The sophomore from Paraguay won the men’s javelin Section A with his throw of 70.86 meters (232-6) on his fifth attempt.

It was a close competition with Dohmann standing in seventh heading into the final three throws. Evan Karakolis of Rice finished second with a mark of 70.29 meters (230-7). MaCauley Garton of Missouri also threw over 230 feet.

It was Dohmann’s first competition since October when he finished third at the South American Under 20 Championships.

“It's always great to win, but this is the opening of the season for me and it's a really good opening for me. It's not a PR but throwing over 70 meters for me is a great start,” Dohmann said.

In the first relay competition of the day the Texas women blazed through the prelims in the Carlette Guidry Women’s University/College 4×100 Meter Relay. The Longhorns clocked 44.01 seconds to post the No. 1 time in the prelims with the team of Morgan Snow, Ashley Spencer, Courtney Okolo and Caitland Smith.

The women’s 4×100 relay was renamed this year in honor of former Texas great Carlette Guidry.

With a senior veteran leading the way, the Longhorns showed great depth in the 100 meter hurdles as three women advanced to the final.

Morgan Snow clocked in at 13.20 seconds to post the fastest time in prelims. She will be joined by teammates BJ Adeokun and Ariel Jones in the final on Saturday. Adeokun, a transfer from Illinois, ran a personal best 13.57 seconds and the freshman Jones ran 13.61. No other school advanced multiple hurdlers to the women’s final.

For the men, Spencer Dunkerley-Offor also advanced to the final in the 110 meter hurdles. He ran 14.06 seconds and ranked sixth in the prelims.

The final event of the night for the Longhorns was the distance medley relay. The women finished fifth with a time of 11:29.06. The men followed with one of the best times in school history.

The team of Robert Uhr, Chris Irvin, Derrell Manhertz and Craig Lutz finished fourth after leading much of the race. Their time of 9:40.71 ranks 10th in Texas history.

Byron Robinson took fifth place in the men’s 400 meter hurdles on Friday afternoon at the Texas Relays. His time of 50.42 seconds ranks him as the No. 6 performer in Texas history.

Morolake Akinosun performed well in her first race of the Texas Relays. The senior ran 11.42 in the prelims of the 100 meters to advance to Saturday’s final. Her time was No. 2 in the prelims and trailed only Texas Tech’s Cierra White at 11.35. 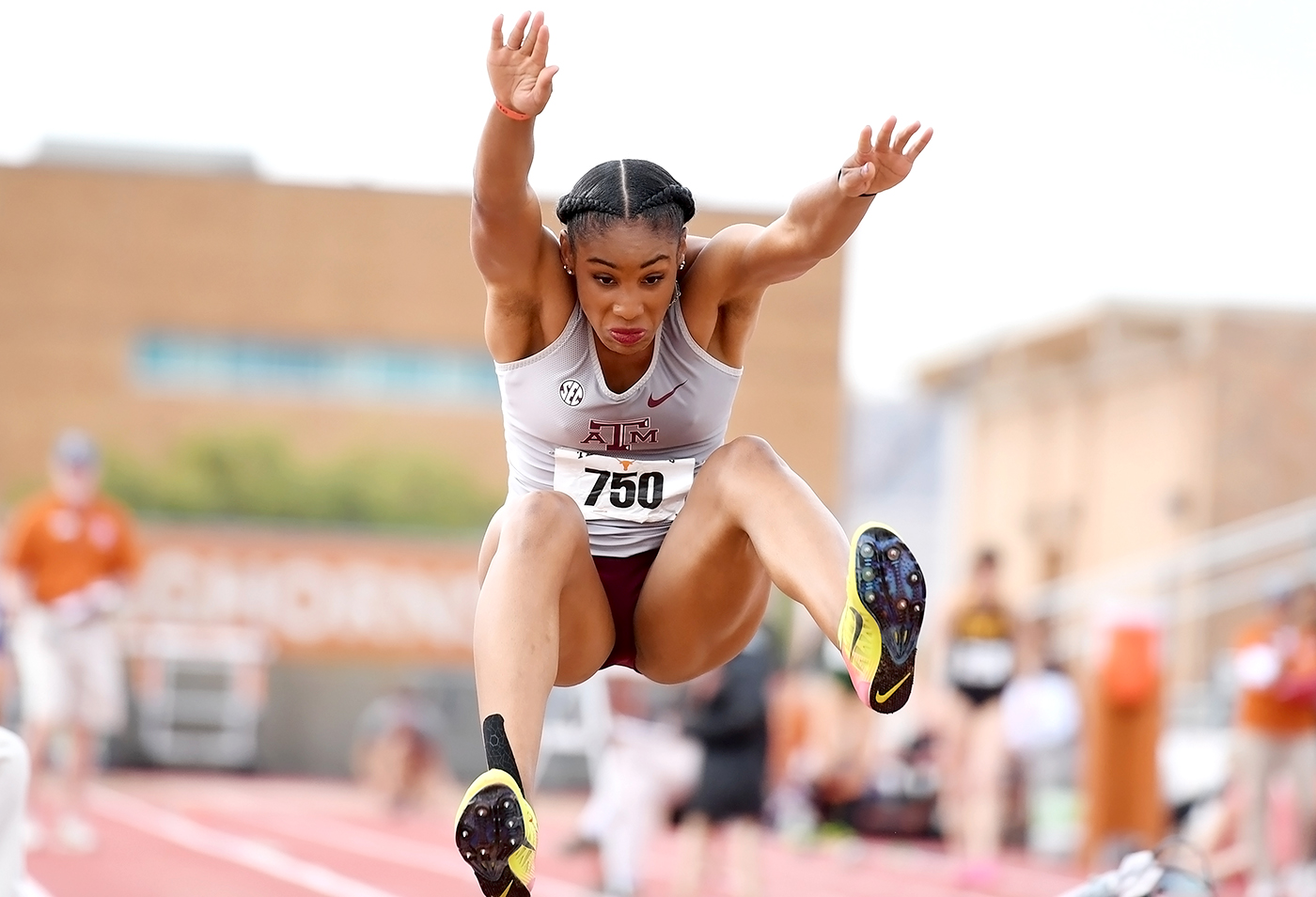 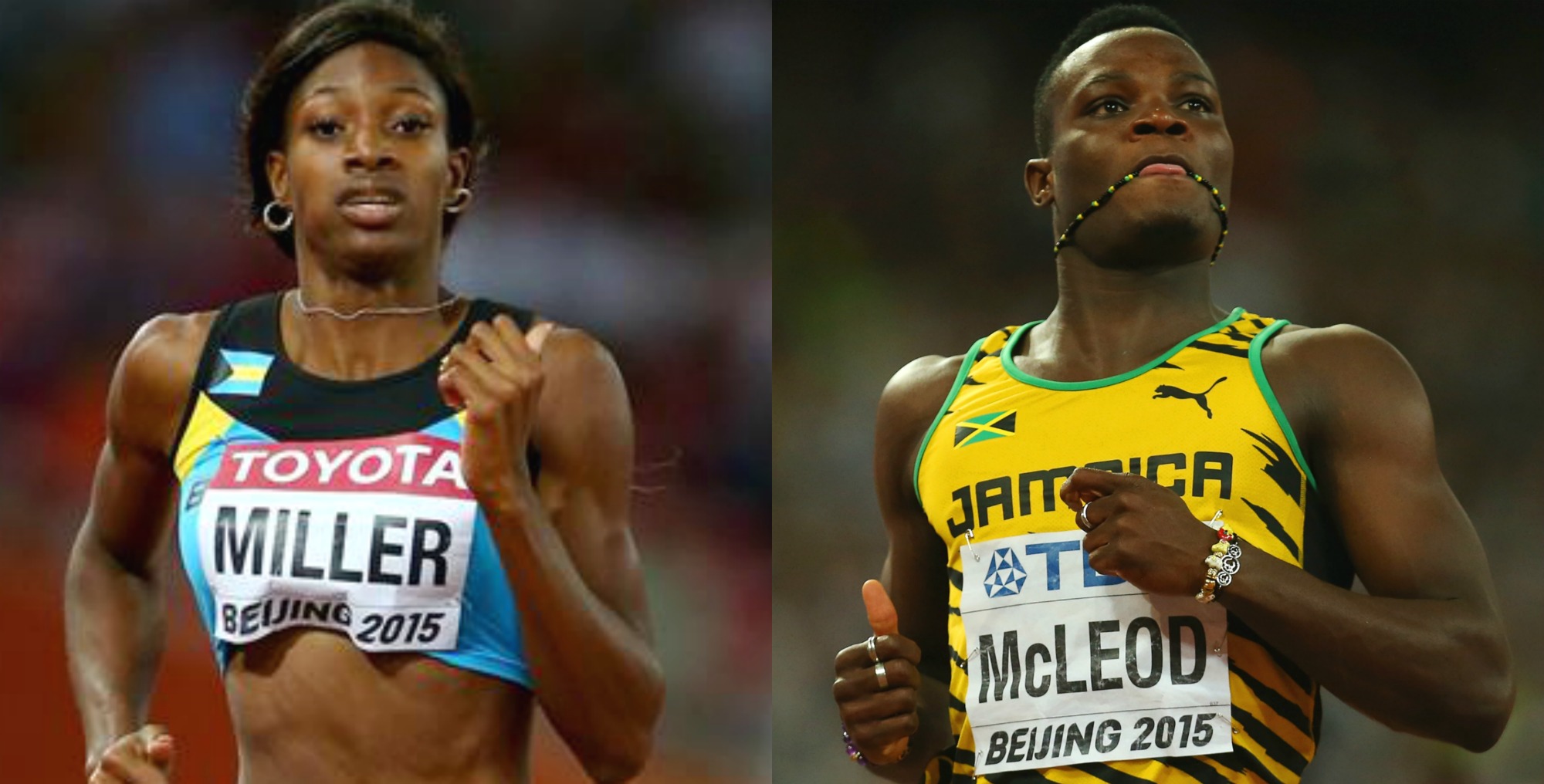