Miller defended his SEC 800m title with a record setting time of 1:45.24. The sophomore broke the American collegiate record and Texas A&M school record previously held by Devin Dixon (1:45.27). The time also set an SEC Championships meet record and is currently second fastest in the world in 2022. Miller also became the fourth fastest American indoors all-time and is the third Aggie to rank in the top five. Donavan Brazier holds the American record at 1:44.21, while Devin Dixon is No. 5 at 1:45.27.

Lamara Distin claimed the lone women’s title on day two winning the high jump at a clearance of 6-3.25/1.91m, the third best performance in Aggie history. Distin now owns two of the top three performances indoors in Aggie history at 1.91m and 6-3.5/1.92m.

Carter Bajoit finished the day with All-SEC honors after placing third in the men’s high jump at 6-11/2.11m.

The women’s 4x400m relay of Laila Owens, Tierra Robinson-Jones, Syaira Richardson and Charokee Young combined to run 3:25.43 to finish second. The quartet bettered the school record time of 3:26.27, which stood as the collegiate record since the 2021 NCAA Championships.

In the team standings, the Texas A&M women’s team finished seventh with 48 points, while the men’s team scored 42 points for ninth place.

NCAA qualifiers take a week off from competition before heading to Birmingham, Alabama, for the NCAA Indoor Championships on March 11-12.

“We competed well today. We gave up one or two points in a few events, but overall we did some really good things. I think that it’s about the next meet too, it’s not just about this meet. On the ladies side, we’ve got a high jumper leading the country and we’ve got a half-miler leading the nation on the men’s side. We also have two relays in the mix and a pair of quarter-milers on both sides. I think we can score close to the same as we did here. We just don’t have the necessary depth at SECs. Everybody knows that coming in here, Arkansas is gonna win the track meet because they have more opportunity for scholarships than any of us. I don’t want to keep repeating it, but that’s the way it is. You come into this meet wanting to improve on what we did. Let’s get better and we did that today. Some good things are going to happen.”

“That group of four ladies tonight will be a good memory because we ran faster tonight than when we ran with Athing Mu. I don’t think anybody thought we would do that, and we did. That’s a good group of people. Winning the national championship here on the last straight away. All the things that we’ve done here will stick in my mind forever.” 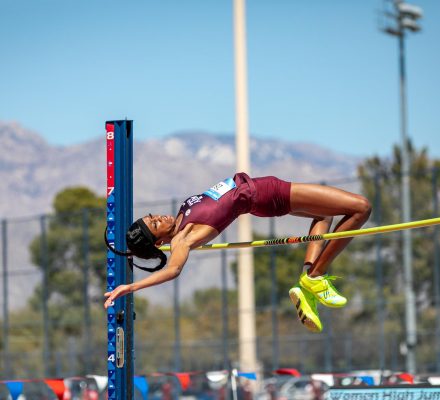 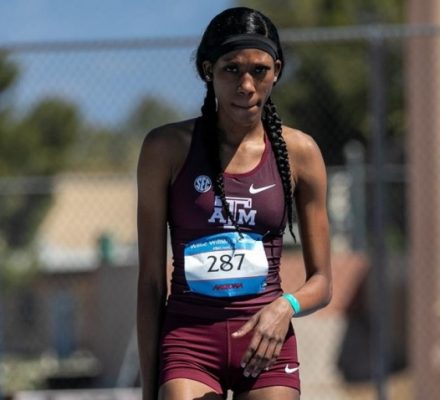