NEW ORLEANS – A world-leading time of 45.47 seconds to defeat a stellar 400-meter field at the Razorback Invitational in addition to a scintillating 44.57 split on the anchor leg of the Aggie 4×400 relay earned Texas A&M junior Trinidad & Tobago's Deon Lendore (len-DOOR) the Division I men’s USTFCCCA National Athlete of the Week honor.

This is the first national weekly honor for Lendore this season and the third in his career from the United States Track & Field Cross Country Coaches Association. Lendore was selected for the award twice during the 2013 indoor season.

Heading into the Arkansas meet as the current world leader in the 400 with a time of 45.74, Lendore faced a talented field. It included the second fastest runner of the 2014 season in Florida’s Arman Hall, who posted a 45.81 on an oversized track the same weekend Lendore set the world-leading time.

James Harris of Florida State won another section of the 400 in 46.20 over Aggie Aldrich Bailey, Jr. (46.25). Those four marks produced four of the six fastest times of the 2014 indoor season with Lendore and Hall leading the way while Harris and Bailey were fifth and sixth.

Closing the meet with the 4×400 relay, the Aggies were in fourth place once the baton reached Lendore on the anchor leg. His split of 44.57, the fourth fastest ever indoors among collegians and professionals, placed A&M third in a season-best of 3:05.06, just behind the world-leading 3:04.46 by Florida and a 3:05.02 for runner-up Arkansas. 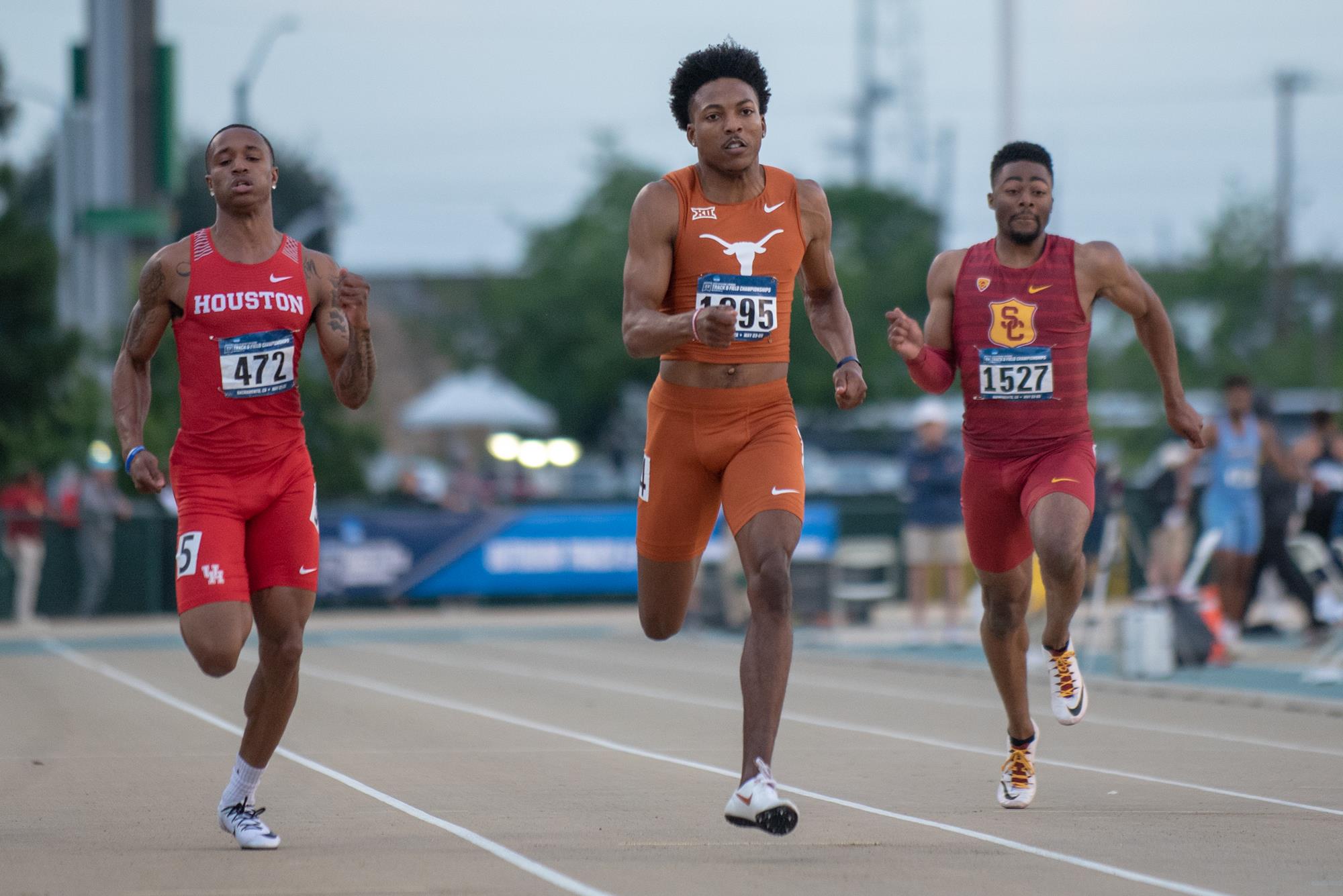