DOHA, Qatar – Day 4 (30 Sept) was another night of magical track and field action inside the beautiful Khalifah stadium. The six finals contested before a fair-sized crowd, which included the lively Ethiopians and Jamaicans, were spellbinding at times and brought out the best from the competitors.

Jamaica’s Fedrick Dacres became the first man to win a medal for his country at a global championship in a senior men’s discus final. The former world youth and junior champion claimed silver with his second-round effort of 66.94m behind Sweden’s Daniel Stahl 67.59m heave.

Dacres was elated about his achievement. “To win a medal at the senior level is a great feeling,” said Dacres. “The competition was very good. I think this must be the happiest discus field ever. The person who came fifth still threw beyond 66m. I hope the youngsters back home watching were inspired. They see a normal person working hard and getting to a point where he can be amongst the best in the world.

In the women’s 800m final, Jamaica’s Natoya Goule and American Ajee Wilson led the field through the bell in 57.94 seconds. Things heated up on the back straight with several athletes queuing up for positions to make a big kick for home. Both Goule and Wilson were still looking good with 200m to run, but so too was the Ugandan pair of Nakaayi and Nanyondo who moved as if following footprints in the sand.

As they came off the curve, Wilson, who looked confident and relaxed throughout the rounds, began to open up a gap. Goule, who for long periods of the race had looked a likely top-three finisher, was passed by the Ugandans and began to drift when the dash for home intensified.

Wilson in her third world championships, was aiming to stand in the middle of the podium this time around after finishing fifth in Moscow and third in London. However, that dream did not materialise as Nakaayi stormed by her with 40m remaining and kept on going away to claim one of the biggest upsets of the championships in a lifetime best and national record of 1.58.04.

Wilson was denied the silver as her teammate Raevyn Rogers, came charging through in a season’s best 1:58.18. Wilson secured another bronze in 1.58.84 while Goule finished sixth in 2.00.11.

Bahamian sprint queen Shaunae Miller-Uibo, threw down the gauntlet in the women’s 400m after toying with the field and winning in 51.32 seconds.
” It was a pretty good run actually, it has been a few weeks since I ran a race,” said Miller-Uibo who was fourth in London. “I am really excited. I’ve worked really hard to be here and just want to go out there and put on a show in the finals.”

Other Caribbean qualifiers include Barbadian Sada Williams (52.14), Jamaica’s Shericka Jackson (51.13) and teammate Stephenie-Ann McPherson in 51.21. However, Anastasia Leroy looked laboured throughout her run and finished sixth. Her time of 52.26 seconds was not good enough to advance to the next round.

The sprint hurdles got underway with defending champion Omar McLeod winning heat one in 13.17 seconds (+0.2 m/s).

“Today was awkward,” said Omar McLeod. “I’ve never run in lane nine before, and it’s awkward not having a hurdle beside you because you can lose focus. It was so easy to lose focus, but my coach told me just to stay tight and do enough to make the semi-finals.”

McLeod, by virtue of being the world champion, has a wildcard entry, which allowed the Jamaican federation to pick three more athletes for the men’s 110m hurdles.

All three men joined McLeod in the semi-finals. Nineteen-year-old Orlando Bennet despite placing fifth in his heat squeezed into the semi-finals as a non-automatic qualifier in 13.50 seconds (+0.4 m/s). Andrew Riley got third in heat three in 13.67 (-0.4 m/s), and Ronald Levy was second in the fifth and final heat registering 13.48 seconds (-0.5 m/s).

The 200m semi-finals for men provided contrasting results for the Caribbean. Interestingly, none of Jamaica’s three entrants in Rasheed Dwyer, Andre Ewers and Yohan Blake made it to the finals. Trinidad and Tobago fared better with NACAC champion Kyle Greaux advancing from his semi-finals after placing second in 20.24 (-0.1 m/s). However, his teammate and London bronze medallist Jereem Richards could finish no higher than fourth in a tough heat won by Great Britain’s Adam Gemili in a season’s best 20.03 (-0.3 m/s).

On the women’s side, there will be a new 200m champion in Doha. In fact, none of the women who mounted the podium in London will feature in the event.
Defending champion Dafne Schippers and silver medallist Marie Josee Ta Lou did not start in heats. This paved the way for the Caribbean women in that to finish 1-2-3 with former world junior champion Anthonique Strachan winning 22.86 ahead of Kamaria Durant of Trinidad & Tobago 23.08 and Jamaica’s Shashalee Forbes 23.15.

Durant’s teammate Mauricia Prieto progressed no further after finishing sixth in the second heat in 23.33 (+0.2 m/s).

Double Olympic champion Elaine Thompson coasted to second in her heat in 22.61 seconds (+0.7 m/s). Bahamian Tynia Gaither ran a season’s best of 22.57 for third in heat four and moved on to the next round. Unfortunately, Shillonie Calvert-Powell, Jamaica’s third representative, struggled in her heats, clocking 23.52 seconds (-0.1 m/s) for seventh.

During the introduction of the night’s final event, the men’s 400m hurdles final, local hero Abderrahman Samba received the loudest reception. It was perhaps the biggest moment for the 24-year-old in many ways, and no one knew if running out of lane nine was ideal for him. Defending champion and favourite Karsten Warholm got the best seat in the house, that is, lane four where he could have an eye on Samba and the American champion Rai Benjamin drawn in lane seven.

Samba went out hard with Benjamin in tow. Warholm moved easily on the back straight as did McMaster from the British Virgin Islands who was running a blinder. The race intensified around the top bend and by this time Warholm went to war slicing through the middle. All eyes were on the ninth and tenth hurdles to see if tired legs will negotiate them.

Warholm was gone with the wind – and the win – bursting the tape in 47.42 seconds. Benjamin came through for silver in 47.66 with hometown hero Samba making last gasp surge to edge past McMaster 48.03 to 48.10.

“I am going, to be honest, it feels very good to be the back-to-back champion,” said Warholm.
“I work very hard for this. My coach managed to keep me focus and hungry, and today I go out there and defend the title. It’s tougher than it looks and I’m very humbled to do it.” 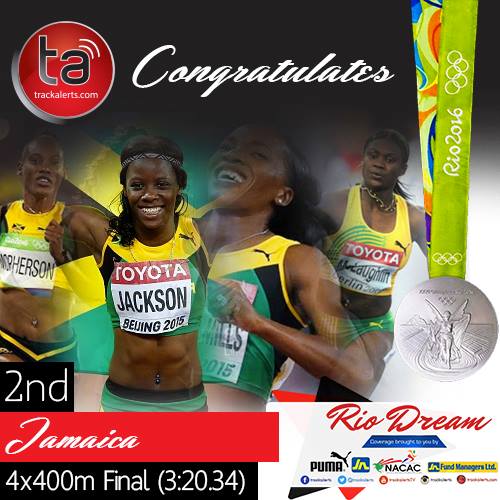