Schoolboy, Christopher Taylor, was the star performer at Saturday’s(19 May) Jamaica Invitational, an IAAF World Challenge Meeting, held inside the National Stadium in Kingston.

Drawn in lane seven with lane eight vacant, Taylor got out fast, led off the curve before powering down the straight and across the line in 20.49s.

American Merritt, who was way off the pace entering the straight, ended second in 20.70, the same time given to third place Jobodwana.

Taylor, a fifth form student at Calabar, described the win as a motivation.

“I went up against the big boys and I came out victorious so it’s just motivation going into World Juniors,” said Taylor.

Overall, the women’s hammer, won by USA’s DeAnna Price with a world-leading and meet record 76.27m, was the best performance on the night.

Elaine Thompson, still battling with her injured foot, finished strongly to take the women’s 100m in 11.06.

“I am pleased, I am battling this Achilles injury,” she said.
“I think it (the Achilles injury) had left the foot, but it’s not leaving, so I am coping,” said the 2015 World Championships 200m silver medallist.

“It’s still difficult to push from the blocks, but in the acceleration, I try to pick up. The start is not great now, but I am still working on it (the acceleration and the start as well).”

Kim Collins of St. Kitts and Nevis, in his final race on Jamaican soil, finished sixth in 10.37s.

Jamaican Shericka Jackson, who trailed off the curve, caught and beat Nigerian Blessing Okagbare 22.55 to 22.66 in the women’s 200m.

Demish Gaye made it two straight with 45.08 to win the men’s 400m over fellow Jamaican Javon Francis, 45.35. Grenadian Bralon Taplin finished third in 45.41.

Jessica Beard of USA ran a personal best 50.52 to top the women’s 400m ahead of fellow American Jaide Stepter, 50.72 and Jamaican Stephenie-Ann McPherson, 50.82.

Jasmin Stowers and Kori Carter battled across the line, but it was the former who prevailed in 12.83. Carter was second in 12.87 and Kristi Castlin, third in 13.09s.

Janieve Russell continued her good form this season with a victory in the women’s 400m hurdles. She crossed the line in 54.26 to beat American Ashley Spencer, 55.23 and fellow Jamaican Leah Nugent, 55.37s.

Jamal Wilson had the best clearance of 2.28m to finish ahead of fellow Bahamians Trevor Barry, 2.25m and Donald Thomas, 2.25m

Americans Omar Craddock, 16.59m and Donald Scott, 16.52m were the best triple jumpers on the day. 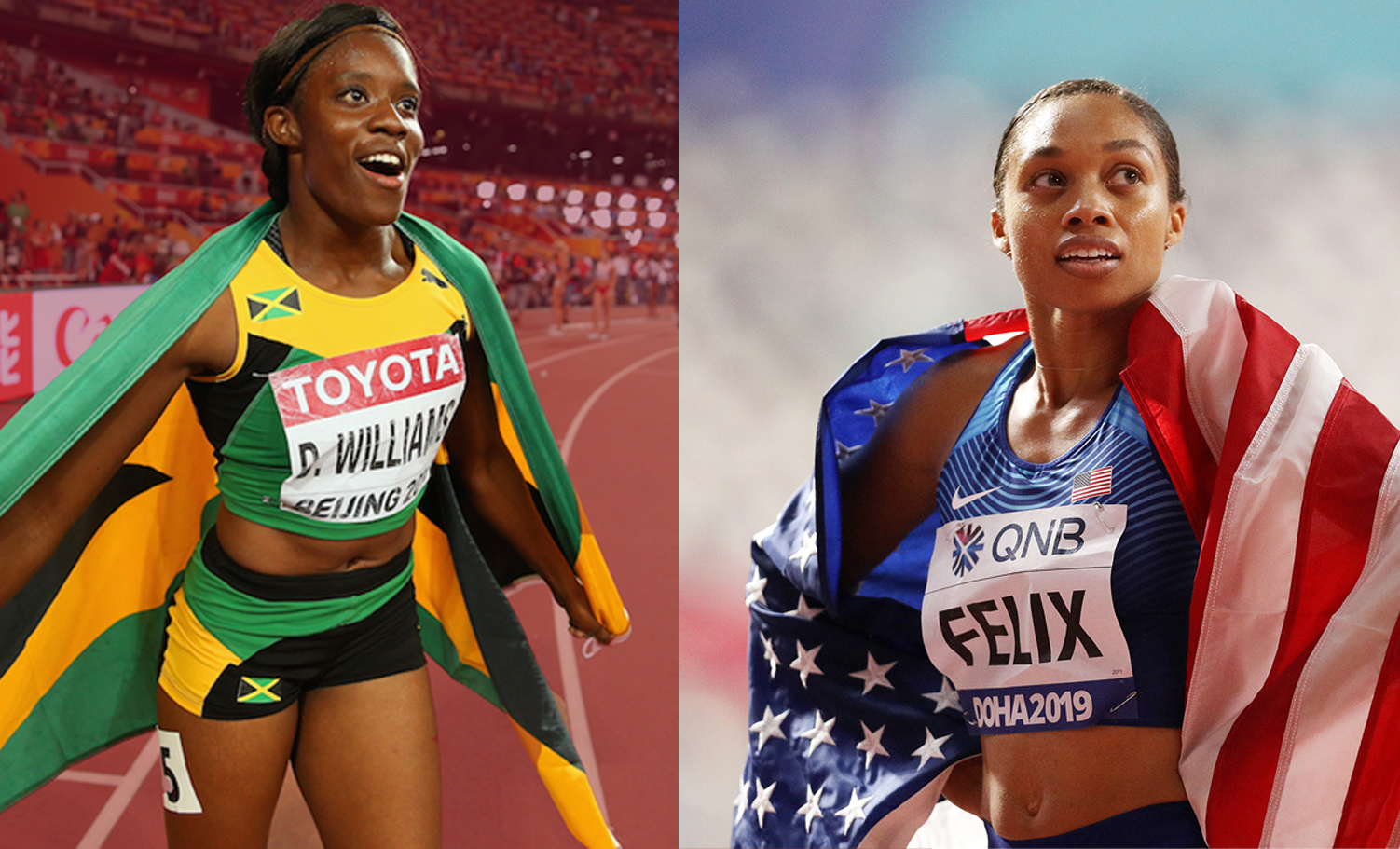