Antigua and Barbuda and Montserrat are still trying to finalise teams for next month’s 48th annual CARIFTA Games scheduled for Easter weekend (20 to 22 April) at the Truman Bodden Sports Complex.

The countries are also experiencing difficulties because of lack of proper training facilities but remain hopeful that they can produce at the meet.

Commonwealth Youth Games long jump champion Sheldon Noble, who has a personal best of 7.64m, will lead Antigua and Barbuda’s charge to Cayman.  The Western Kentucky University freshman will be supported by other overseas athletes, Taeco O’Garro, who is expected to take part in the U20 triple jump, and Joelle Lloyd, who was a U17 100m medallist in 2017.

Coach Evans “Jawakie” Jones said he looking to the university students to lead the medal chase this year. He also listed Jalen Dyett as a possible medallist in the U20 shot put.  Antigua and Barbuda won two bronze medals in 2018.  Soniya Jones, who ran 11.75 for bronze behind Jamaica’s World U20 sprint double champion Briana Williams, will step up in class this year. She is also looking to compete in the U20 long jump.  The other medal in 2018 came from O’Garro with a 15.38m leap in the U20 boys’ triple jump.

“We are looking to better that of last year’s performance, but we don’t have any track in Antigua for the kids to train on,” said Jones who is the only IAAF Level 5 coach on the island. “We are using other regions such as Trinidad, Tortola (BVI) and St. Kitts seeking qualifying marks,”

Team Montserrat will be travelling to Cayman in search of its first CARIFTA medal.  Lester Ryan, who is now studying at UWI in Kingston, finished 4th in the 100m over a decade ago, and came the closest to giving Montserrat a medal.  In 2018, the country skipped the Games opting to use some of the juniors to make up their Commonwealth Games team to Australia.

Montserrat Coach Winston Scotland said they are hoping to bring three athletes to the meet this year; Johmari Lee, Tevique Benjamin and Deshawn Wilkins, all U20 100m and 200m sprinters, are the athletes expected to make the team.  The trio have been doing well at the Leeward Islands meets said Scotland.  Lee, who ran the 200m for Montserrat at last year’s Commonwealth Games in Australia, is the most likely medal contender this year.

“Everybody should do at least personal best times,” predicted Scotland.  “Lee should at least make it to the semi-finals.”

Started in 1972, CARIFTA is the longest running youth track and field event in the world and considered one of the best development meets in world athletics. University coaches and scouts from the US attend the Games each year to look at the up-and-coming talent in hopes of signing promising athletes to their track and field programmes.

The Games have produced such stars as Usain Bolt and Veronica Campbell-Brown of Jamaica, Kim Collins of St Kitts-Nevis and Obadele Thompson of Barbados.  Twenty-eight (28) CARICOM countries are eligible to participate in the Games and each year a different member country hosts the meet.  The Cayman Islands previously hosted in 1995 and 2010.  CARIFTA President Lord Sebastian Coe is expected to attend this year’s event. 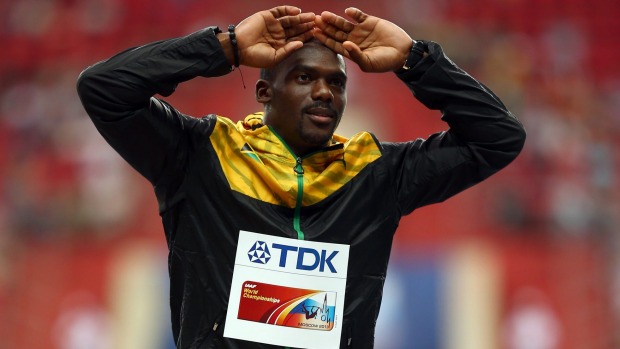