The athletes who contested the men’s and women’s 100 meters at the Jamaica Trials did not disappoint, as they have proven they will be a force to be reckoned with when they line up against the other nations at the Oregon World Athletics Championships in July (15-24).

In a cracking lineup in the men’s 100 meters, the second-fastest man of all time, Yohan Blake, came out the victor. Blake proved to the world that champions should never be doubted when he stormed to a season’s best of 9.85, the fastest time he has run since 2012 and the fastest time recorded by a Jamaican male athlete this year. The 2011 world champion stormed ahead of rising star Oblique Seville, who displayed a fine performance in 9.88, while Ackeem Blake, Yohan’s training partner at Titan Track Club, finished third in a personal best of 9.93.

In the women’s equivalent of the event, Olympic bronze medal winner Shericka Jackson stunned a stellar field to claim her first 100 meters national title. Jackson powered to the line in 10.77 ahead of Kemba Nelson, who claimed the second spot in a massive personal best of 10.88. To the surprise of many, double Olympic champion Elaine Thompson-Herah had to settle for the third automatic spot in a time of 10.89. Rising star Briana Williams has once again missed out on qualifying for an individual event as she placed fourth in a personal best of 10.94. Defending champion Shelly-Ann Fraser Pryce will join Jackson, Nelson and Thompson-Herah in Eugene, Oregon, to vie for the world title.

Meanwhile, Edwin Allen superstar Tina Clayton showcased a performance that will be etched in the memories of many forever when she clocked a new national junior record of 10.96 in the Under-20 Girls 100 meters finals. The previous record of 10.97 was held by Olympic 4×100 meters gold medallist Briana Williams.

Other finals contested on Day 2 of the Jamaica Trials

400M Hurdles Women- Janieve Russell was once again crowned the national champion in the women’s 400 meters hurdles when she crossed the line in 53.63. Shiann Salmon stormed to a personal best of 53.82 to qualify for her first world championships. Meanwhile, 2019 world championship bronze medallist Rushelle Clayton finished third in a season’s best 54.20. The third-fastest woman in the event this year, Andrennette Knight, crashed out of the finals after she fell over the fifth flight of hurdles.

400M Hurdles Men-  Jaheel Hyde (48.51) displayed his championship pedigree when he held off fellow Olympian Kemar Mowatt (48.53) to retain his national title in the 400 meters hurdles for men. Shawn Rowe crossed the line in 49.66 to round out the top three.

Under-20 Boys 400M Hurdles- Camperdown High’s Roshawn Clarke proved too good for the other competitors when he stormed to a personal best of 49.39 to win the national junior title. Antonio Forbes of Kingston College finished second in 51.40, and Jahmani Smith of Excelsior High crossed the line for third in 51.42 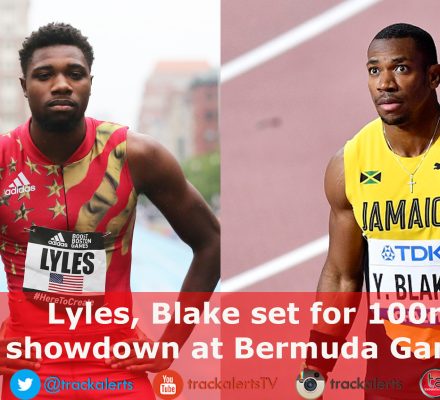 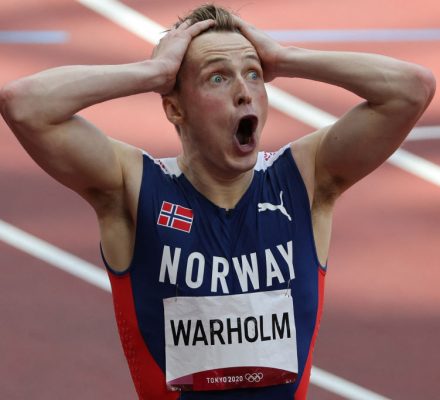