Kimberly Williams was Jamaica’s star on day three of the IAAF World Indoor Championships on in Birmingham, UK.

Williams hop, skip and jump her way to her second global medal. The 2014 bronze medallist finished the women’s triple jump final with a personal best leap of 14.48 metres, only bettered on the day by Venezuelan Yulimar Rojas, who recorded a world leading 14.63m.

“This means a lot to me, because I got upgraded from bronze to silver now, and so that is great,” said Williams.

Shanieka Ricketts, also of Jamaica, finished 10th with a mark of 13.93m.

In the men’s 400m final, Trinidad and Tobago’s Deon Lendore won the Caribbean second medal, bronze with a run of 46.37secs.

Oscar Husillos of Spain and Luguelin Santos of Dominan Repuplic, crossed the finish line first and second, however were both subsequently DQ’ed for lane violations, thereby moving up Pavel Maslak of Czech Republic with the winning mark of 45.47.

In the women’s 60 hurdles final, won by American Kendra Harrison in a championship record of 7.70, Bahamian Devynne Charlton got eighth place in 8.18secs.

Although he missed another world record, Christian Coleman set a new meet record in claiming the men’s 60m title on Saturday, to a time of 6.37.
Su Bingtian was second in a Chinese record of 6.42, while Coleman’s countryman, Ronnie Baker was third in 6.43.

Jamaican Tovea Jenkins, 52.12secs, a personal best, was 5yh in the women’s 400m final.
“It was a great honor representing my country in my first global championship,” Jenkins posted on social media.
The event was won by Courtney Okolo of USA in 50.55 ahead of her teammate Shakima Wimbley, 51.47.

Roland Levy, 7.65secs, qualified for the semi-final round of the men’s 60m hurdles. 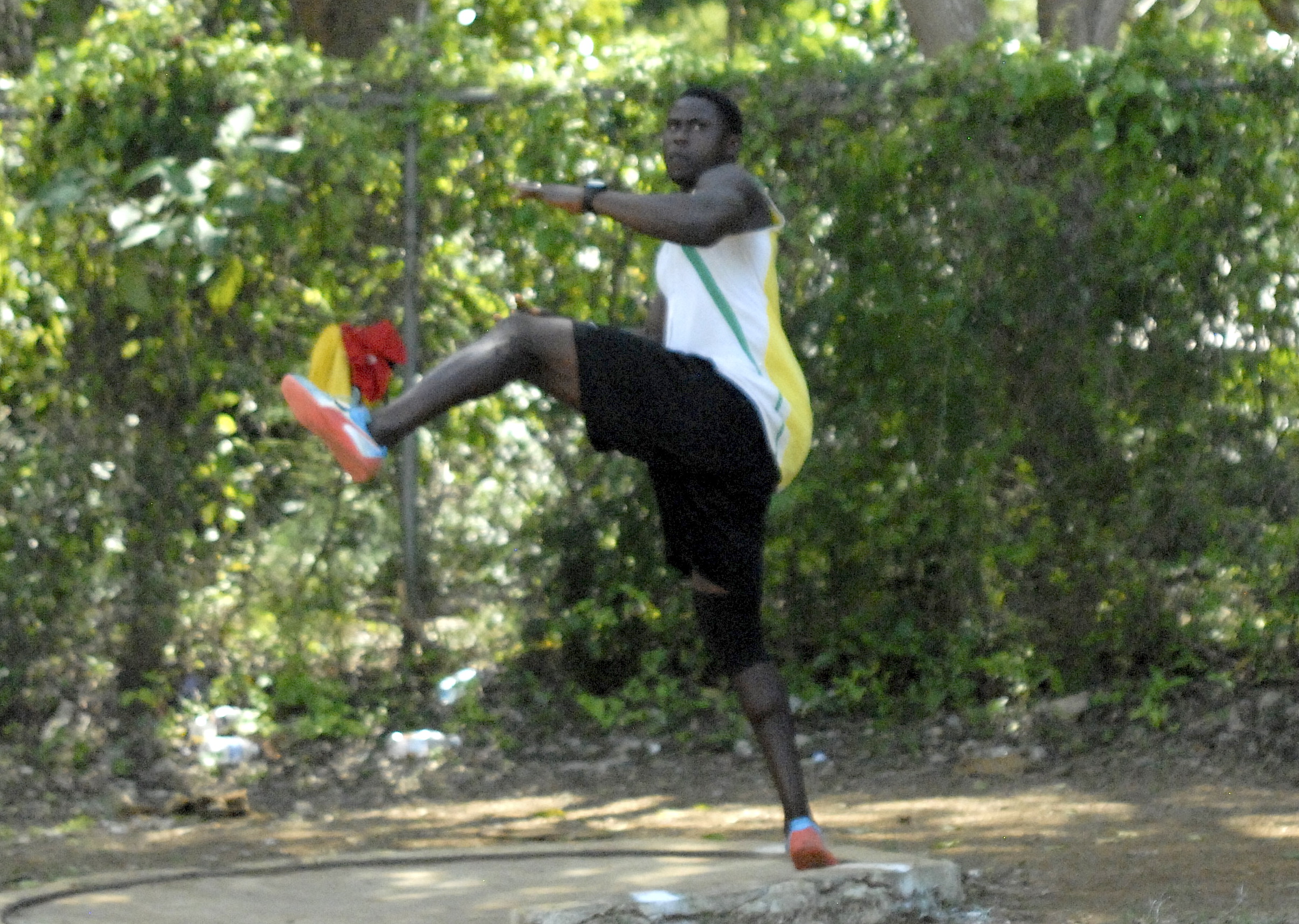