The House of European Athletics has been officially inaugurated following splendid celebrations with representatives from most European Member Federations and with other prestigious sporting dignitaries in attendance.

“I am delighted to receive so many members of the Athletics Family for this historic moment for our organisation,” he said.

“The opening of our new home perpetuates our excellent year with the successful staging of the European Athletics Championships in Amsterdam.”

“I was elected as President with the promise to lead change in athletics and now we have the foundations to deliver the changes I had promised. This is just the beginning of what is still yet to come.”

President Bach was clearly impressed by the stature of the new building and praised Hansen for his work since being elected as President of European Athletics.

“With this new building, European Athletics is securing its future as part of the Olympic capital of the world in Lausanne.”

“President Hansen has worked very hard to drive change since he was elected and we hope the sport of athletics continues in this direction.”

Located at Avenue Louis-Ruchonnet 16, just 400 metres from the Lausanne main station, the building is fully owned by European Athletics.

Construction for the four-storey building began in April 2015, rapidly progressing until the end of October 2016 when the new offices became fully operational.

European Athletics will use the first two floors for its new offices, with the top two floors to be rented out. The building will also have underground parking and an archive area on two basement floors.

The architects in charge of the project were asked to pay close attention to minimise the impact on the environment when conceiving the project.

The green ‘living’ roof and the beautiful grassy ledges that surround the structure retain water and combat the ‘heat island’ effect in the City during the summer. A photovoltaic system has also been installed on the roof to generate extra energy through the placement of solar panels covering 50 square metres.

There is a remote connection to the heating system provided by the City of Lausanne that produces energy through the burning of waste. Air-refreshment and natural cooling systems limit the use of air-conditioning, improving the overall energy balance. 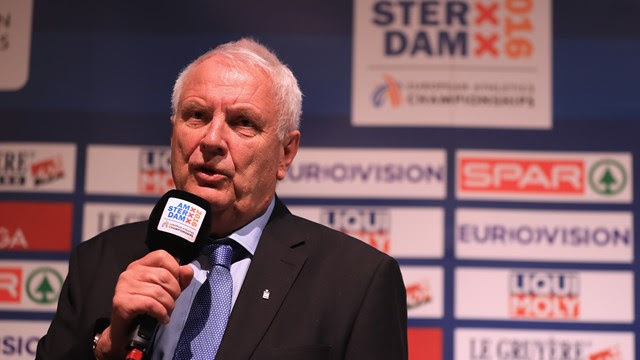