Weir, who ran a 200-metre world leading 19.82 at the Adidas Grand Prix in New York last month, enters the meet following a shock defeat at the JAAA Supreme Ventures National Senior Championships on Sunday at the National Stadium.

Weir was beaten by Rasheed Dwyer in the men’s 200 metres.

American Wallance Spearmon and Canadian Aaron Brown are also in the field, which Weir has the meet record of 9.90.

In the women’s event, Patrica Hall of Jamaica will go up against Americans Jenebah Tarmoh, Shalonda Solomon and Tiffany Townsend.

The women’s 100m will see Samantha Henry-Robinson, the second fastest woman over the distance in 2014, and Sheri-Ann Brooks, carrying the Caribbean flag.

Barbara Pierre and Octavious Freeman, both of United States, are also in the field.

Antoine  Adams and his St Kitts and Nevis’ teammate Jason Rogers will face American Justin Gatlin, the second fastest man in the world this year at 9.86.

Anastasia Le-Roy is the lone Caribbean woman in the one lap event.

Le-Roy, who was fourth at the Jamaican Championships in a personal best 50.84, awaits some tough Americans in Francena McCorory and Jessica Beard.

American World champion LaShawn Merritt and Luguelin Santos, the Olympic Games bronze medallist, are the top men in the field.

Shermaine Williams lines up in the women’s 100m hurdles where she is down to take on American Jackie Coward and Canadian Angela Whyte.

Jamaican O’Dayne Richards is listed for the men’s shot put. 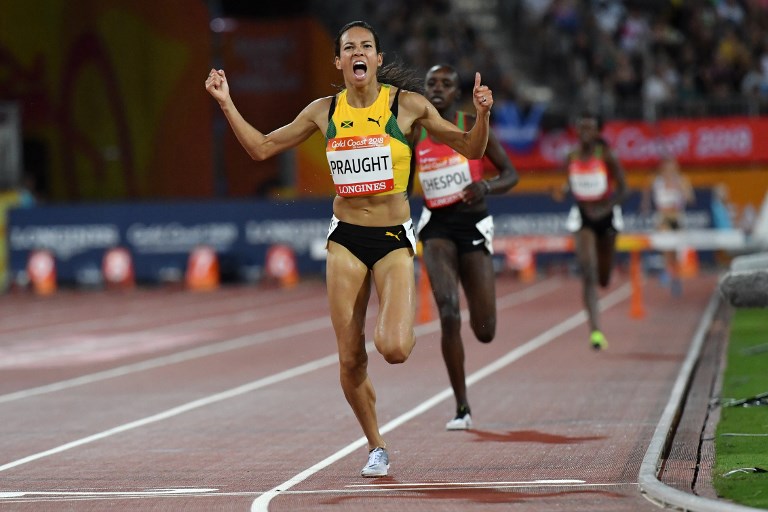