Veronica Campbell-Brown has been cleared by the Court of Arbitration in Sports (CAS) to resume her career. Campbell-Brown was tested positive at last May’s Jamaica International Invitational in Kingston.

In highly placed source confirmed to Trackalerts.Com that "we were advised that she was cleared by Court of Arbitration in Sports (CAS) just on the weekend". Campbell-Brown, it was said, appealed a two-year ban by the IAAF and was cleared by CAS.

The Jamaica Athletics Administrative Association’s Disciplinary Committee, which was headed by former Chief Justice Lensley Wolfe and included president of the Medical Association of Jamaica Dr Aggrey Irons and attorney Lincoln Eatmon, recommended on October 2, 2013 a public warning for Campbell-Brown.

"The disciplinary committee has issued a ruling that Veronica Campbell-Brown has committed an anti doping violation contrary to IAAF Rule 32.2a. They have recommended that a reprimand without any period of ineligibility would be appropriate. All relevant parties involved have been duly informed," read a JAAA release late last year. 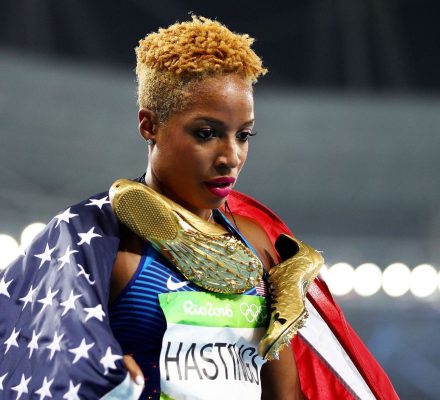