Merritt spoke of the reason behind running the 200m. “The 400m is going to be fast this year, and I feel I need to run a couple 200m (races) to get some competitive speed races under my belt,” he said while pointing to his opener over the half lap event at Florida Relays (March 31-April 2).

“But I want to come here and get a fast time, it’s a good field, I am working on some things and I need some speed up under me,” he laughed.

In the B race, home stars Steven Gardiner and LaToy Williams, along with Jamaicans Jermaine Gonzales and Dane Hyatt and American Calvin Smith are expected to provide a close finish.

James' main rivals in the men’s 400m should be Americans Tony McQuay and two veterans Jeremy Wariner and returning Angelo Taylor along with Trinidad and Tobago Renny Quow.

World silver medalist and 2004 Olympic 100m champion Justin Gatlin, will have his 100m opener of 2016 against Isiah Young and Qatari record holder, Femi Ogunode. Jamaican Dexter Lee, Emmanuel Callender of Trinidad and Tobago and Bahamas’ Adrian Griffiths are also in the event.

Jatlin said he is in good shape, so “hopefully I will be able to put down a good time.”

Jamaican Tyler Mason and American Aleec Harris are also in the event.

Jamaica’s 2004 Olympic Games 4x100m gold medallist Aleen Bailey makes a return to the track, and is also down for the 100m.

American World Championships bronze medallist Tori Bowie is the one to beat in the women’s 200m, which also has compatriots, Candyce McGrone, Natasha Hastings and Joanna Atkins, along with Trinidad and Tobago’s Semoy Hackett.

The highly anticipated women’s 400m will have hometown heroine, Shaunae Miller. She is expected to attack the World lead in duel with Americans, Ashley Spencer and Jessice Beard.

Miller said: “Im pretty excited to be competing home for my first meet (of 2016).”

The World Championships silver medallist added, "training is going extremely well" and she is "excited to be opening up to see what kind of time I will put down." 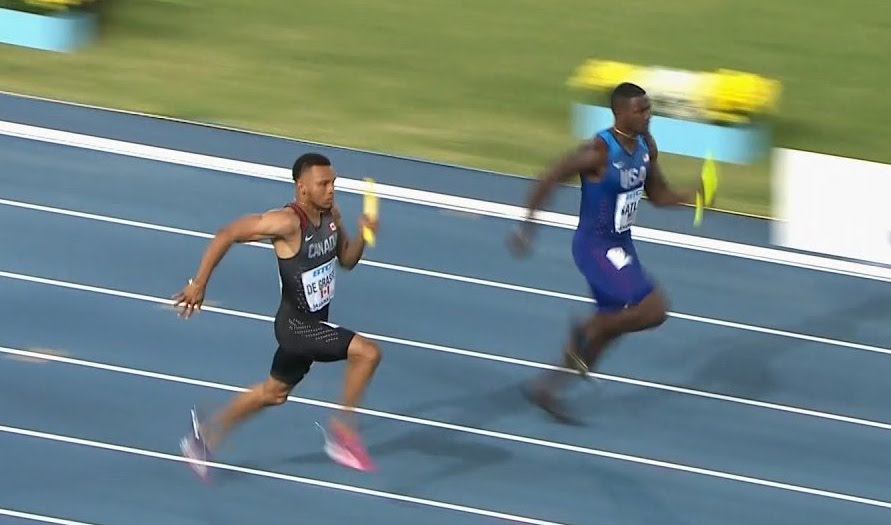