Texas A&M junior and Trinidad & Tobago's national Deon Lendore claimed his first national individual title with a time of 45.21 seconds in the 400 meters at the NCAA Indoor Track & Field Championships on Saturday inside the Albuquerque Convention Center.

In team scoring the Aggie women placed fifth with 35 points as the A&M men finished tied for eighth with 18 points.

Oregon captured both team titles, with the women winning a fifth consecutive title by half a point over Texas, 44 to 43.5, and the Duck men scoring 62 points over 54 for defending champion Arkansas . Finishing tied for third in the women’s team race was Georgia and Florida with 40.5 points each and the Gators were third in the men’s scoring with 35 points.

Aggie frosh Shamier Little powered her way to a third-place finish in the women’s 400 as she claimed the second section in 51.96. Trinidad & Tobago's national Wayne Davis II also finished third in the 60 hurdles with a 7.61 and the A&M women’s 4×400 placed third with a 3:31.31 clocking. LaQue Moen-Davis was fourth in the triple jump with a 43-3.25 mark.

After winning five conference titles in his specialty race, Lendore now has NCAA title in the 400. When nine athletes were advanced to the final due to a protest, the race became a three-section final with Oregon’s Mike Berry and Florida’s Arman Hall joining Lendore in the third section.

Lendore maintained a healthy advantage through the second lap and drove to the finish for a 45.21 victory. Hall finished second in the section at 45.52 and was third overall while Berry ran 45.64 for fourth overall.

Wayne Davis II finished third in a very close 60 hurdle final with a time of 7.61, the third fastest time in school history. Davis, who holds the A&M record of 7.59 from his silver medal performance a year ago, was not pleased the outcome.

Arkansas frosh and Jamaican rising star Omar McLeod claimed the hurdle victory in 7.58 as defending champion Eddie Lovett of Florida placed second with the same time. They were separated by 0.002 when going to the 1000ths to determine the winner. Pac-12 schools claimed places 4-5-6 with Oregon’s Johnathan Cabral (7.65), USC’s Alec Harris (7.67) and Cal’s Milan Ristic (7.68).

In the men’s 4×400 Texas A&M and Florida were both disqualified for interference between each other on the third leg of the race. The Gators initially finished second to LSU while a dropped baton for the Aggies had them placing 12th overall. 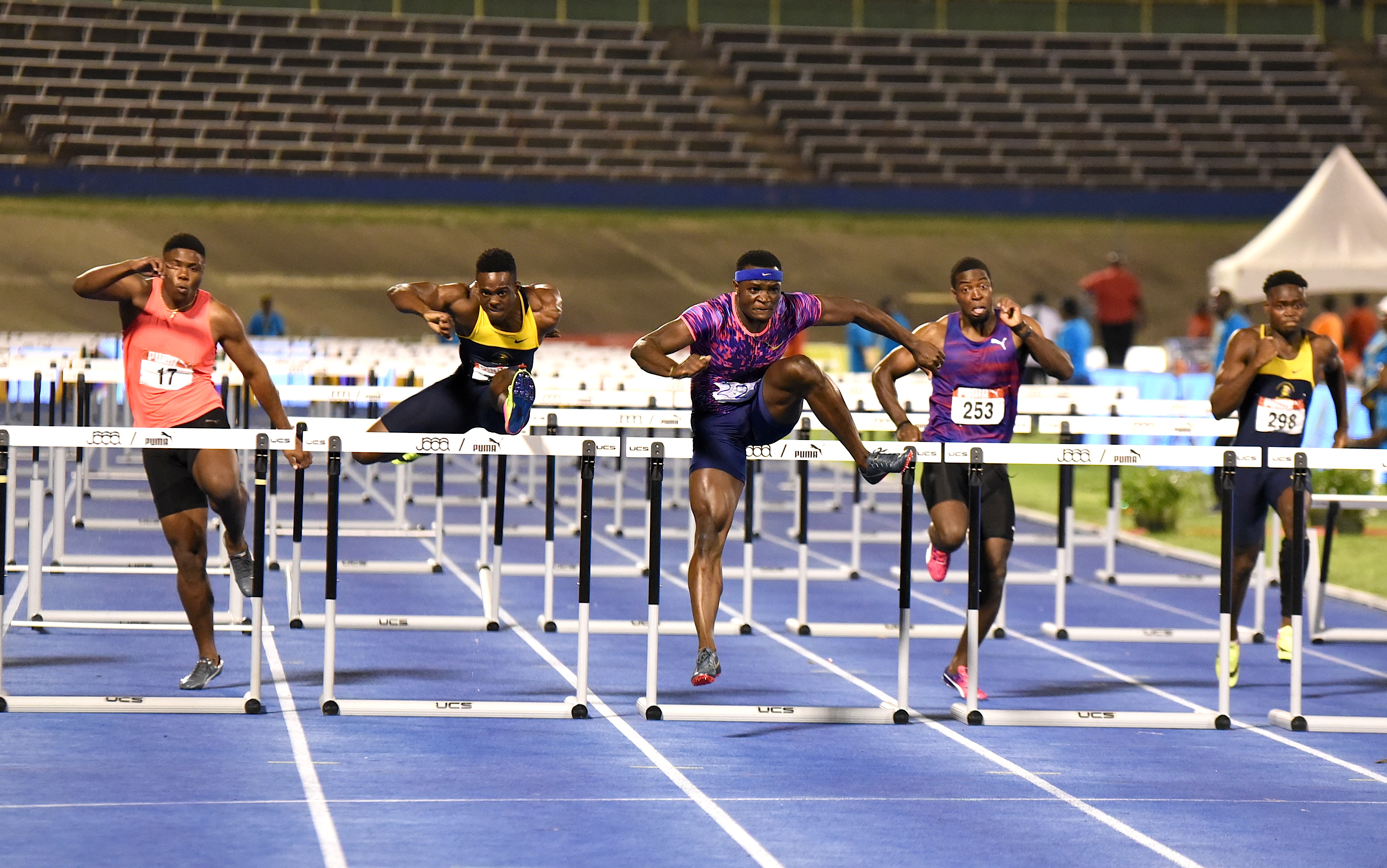