Coverage brought to you by  West Indies Home Contractors Ltd. and Caribbean Airlines

It’s also the school’s fifth victory in the last 10 years, having won it in 2009 and 2012. The Frankfield-based girls trailed after the first two legs, but Shannon Kalawan produced her team’s fastest split, 53.69, to hand her team a nice lead on anchor.

Williams went out fast and took the lead from as early as the backstretch, but fell on the final curve, leaving Moody to take Edwin Allen home in 3:40.88. Janiel Moore, who led off Edwin Allen with 56.4, said, “all we did was to go out there fearless.”

“This victory means a lot to us, because coming into the race, we weren’t the favourite,” said third-leg runner Shannon Kalawan.

“I got the third leg, so I knew I had to do everything to give my teammate the lead and I did as was expected,” added Kalawan, who received the baton from Davia Smith, 56.0.

Bromfield produced the fastest split by the Jamaican athletes, 52.69, but despite closing the gap, her STETHS team finished second in 3:41.17. 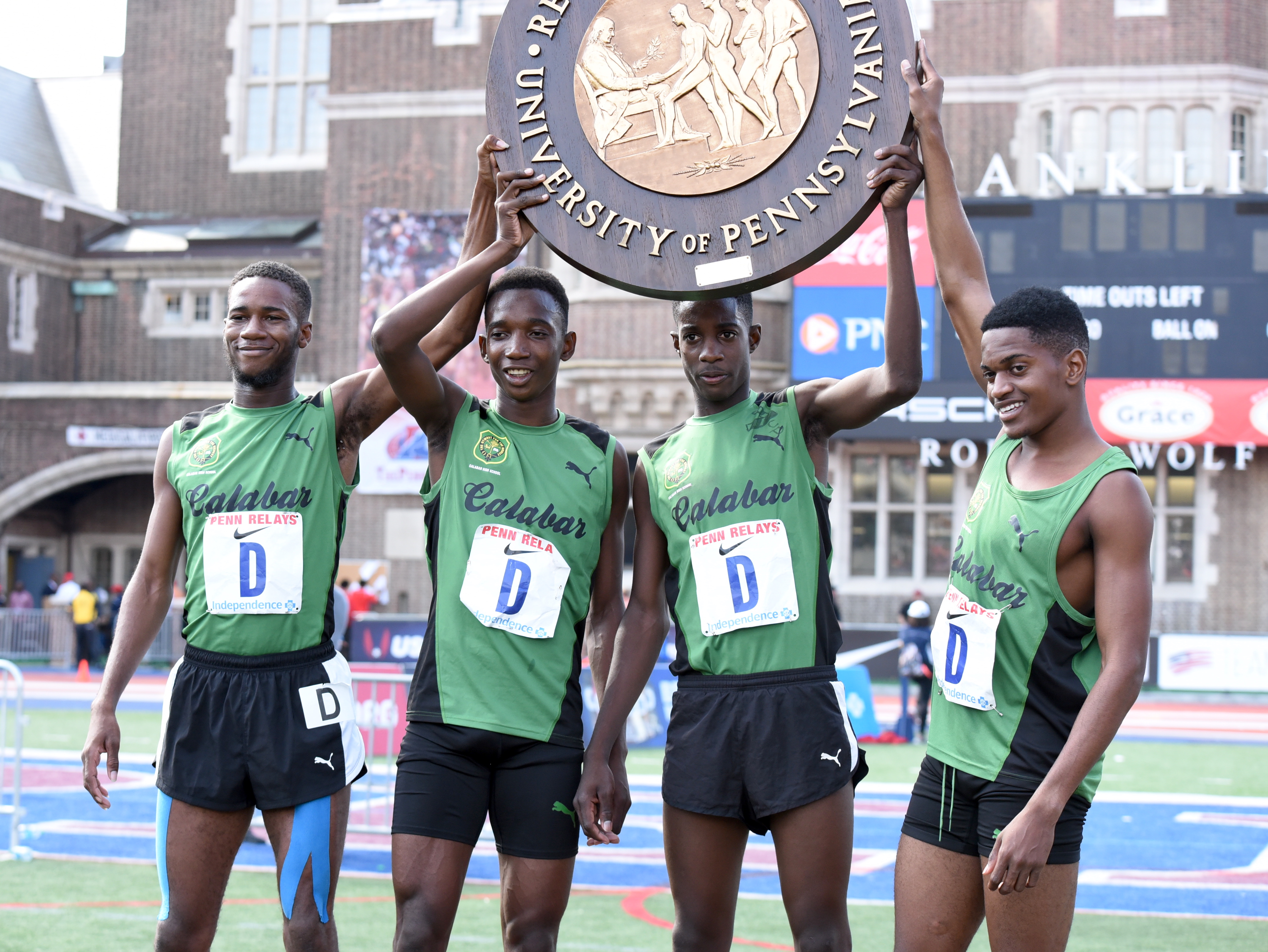 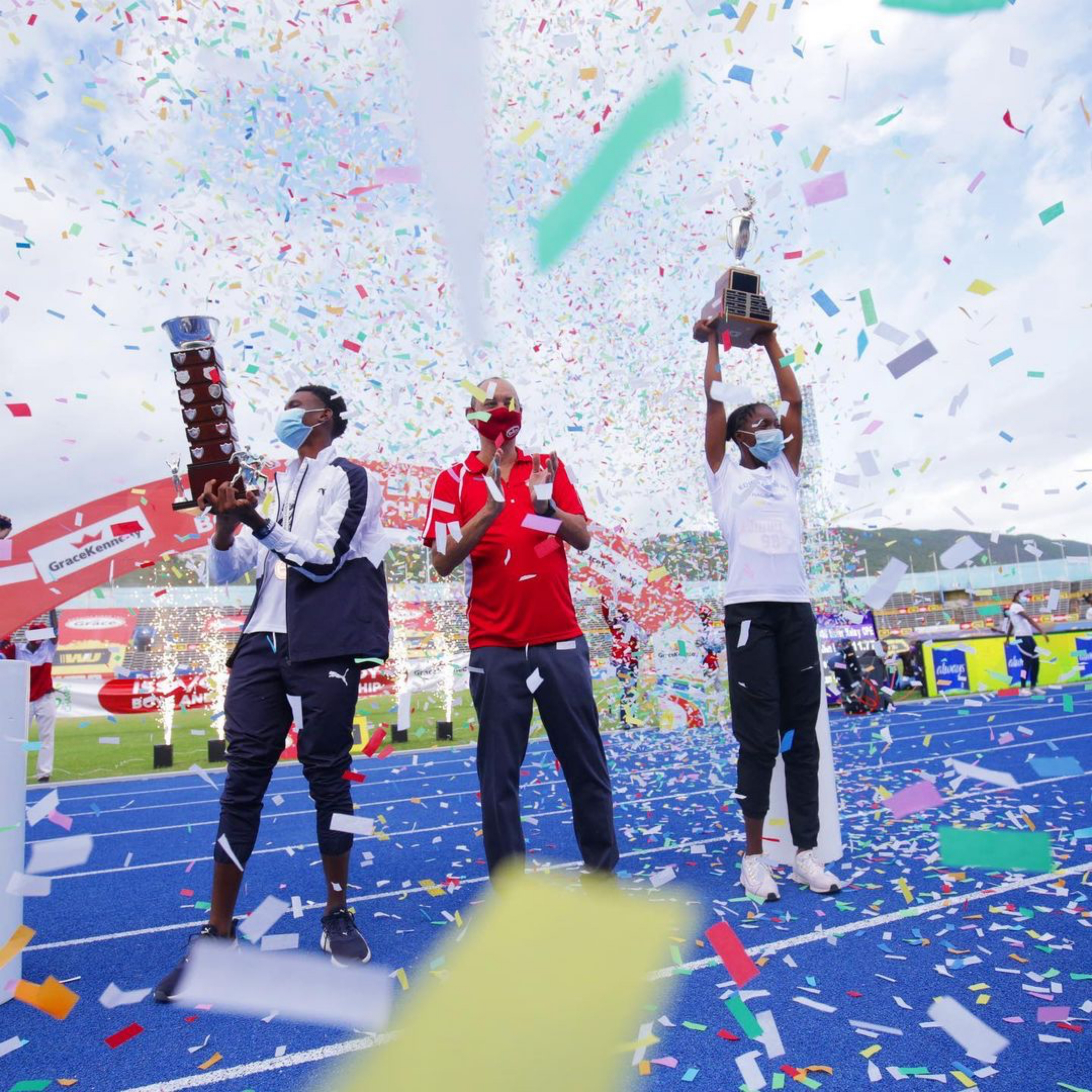