Back to the future, six years ago in the Berlin Olympiastadion, the majestic theatre,  Jesse Owens became a legend in 1936, routing the opponents in the home of “Third Reich”. 73 years later another legend is destined to be crowned, during the show of XII IAAF World Championships.

Usain Bolt is the big shot, the star on the new blue track that is built to enhance champion’s qualities, drive and push. The Jamaican man is the face of the event, the eve is all for him and his teammates, with people seeking pictures, t-shirts, souvenirs with yellow-green-black colors all around the city. In Alexanderplatz there’s also a village dedicated to Jamaica and the “reggae style”, where you can challenge your friends in a short track, winning prizes, signed “Jam”.

Usain is the Olympic champion, demolishing rivals and records in Beijing 2008, throwing his lightning in the sky of global sport. All the world talks about his feat, about three Olympic golds and records, deleting the boundaries of sprint. An advertising campaign in Berlin shows him happy with open arms and a notice below, “WHO FASTER?”, a question without answer. With his performances, he created a rift between him and the other sprinters, a light that the athletic fans are expecting also in Germany.

On 15th August, in the morning, the debut is a stroll under the tribune, trundling out the second half of his heat, first in 10.20. A sunny and warm afternoon is the stage of quarter finals, Bolt is in lane 4, on the left of his friend and sparring partner, the Antiguan Daniel Bailey. Talking and smiling, the two Caribbeans control the leadership, 10.02 for Bailey, one hundredth more for Bolt. The rivals are impressive in the other heats, Asafa Powell and Tyson Gay run under 10.00 seconds, a business card to increase tension, to excite the crowd.

On 16th August the big day: the World Champs Daily News talks about “the duel”, Tyson Gay vs Usain Bolt, that is the challenge of the night. But before that in the afternoon are planned the semifinals, at 19:10 the first with Bolt still against Daniel Bailey. After two false starts and some thrilling moments, with a sigh of relief for safety of the Jamaican and disqualification of the British Tyrone Edgar, the race gives emotions and great results. Usain Bolt calls silence before the start, then a good drive phase launches him to an easy victory, joking and running in relaxation for an amazing 9.89. Behind him, Bailey (9.96), Darvis Patton (9.98) and Marc Burns (10.01) enter the final. In the other semifinal Tyson Gay respects his role, winning in 9.93 against Asafa Powell (9.95), with Richard Thompson (9.98) and Dwain Chambers (10.04), qualified for the final.

The crowd is waiting for the event, only 100 meters to know who is the king. The Jamaican flags wave on the bleachers, a banner says “BOLT is a LEGEND”. The Olympiastadion is full at 21:30, Valerie Adams is celebrating her gold medal in shot putt around the track, the atmosphere is electric, expecting an amazing show. Lane 4 Usain Bolt, lane 5 Tyson Gay, lane 6 Asafa Powell, three arrows ready to start towards the sprint crown. The Olympic champion is joking around behind the blocks, greeting the spectators and playing with TV camera. Nearby him a serious Tyson Gay drinks from his water bottle, while a friendly and unconventional Asafa Powell imitates his compatriot in jokes. The remainder is history: an astonishing drive out of the blocks, fast, intensive, powerful, side to side with Tyson Gay only in the first meters.

The acceleration phase leaves space to a superlative flying race, against time, to confirm his kingdom. A glance right and left, none is able to resist, Powell and Gay left behind, far away. When Bolt cuts the finish line the crowd is crazy, a thunder consequent to the lightning that has burned the track in 9.58! The world record, the fastest on the planet and a gold medal to affirm the Jamaican power. Asafa Powell celebrates with him for a good bronze medal, third in 9.84, beaten by a great Tyson Gay, the new American record holder, second in 9.71.

The photographers run behind them, the Jamaicans dance and greet the crowd, a reggae party is begun. It was 16th August 2009, when another legend conquered Berlin, when another man sprinted in the athletics history. 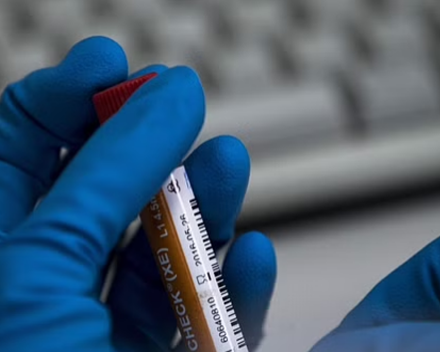