Watson, while wrapping himself in the Jamaican flag shortly after crossing the finish line, said: “First of all I’ve to give God thanks for a healthy championship. I’m feeling on a high, knowing that I moved down to the 200 metres to compete here and came away with the silver medal, I’m very proud of myself.”

The Petersfield High School sprinter went into the event as the second fastest qualifier from Stage One with 21.33 seconds, looking to make a combined best effort to overtake Aldelaziz Mohamed of Qatar for gold.

However, after executing a decent curve, the teen fought with a closely-knitted bunch before finding an extra gear down the stretch to stay among the front-runners and claim third in a much-improved 21.08 seconds.

On-form and in-season Asian teen Abdelaziz, the fastest qualifier with a personal best 21.10, gave further evidence of his current preparation stage to win again, in 20.68, and claim gold in a combined 41.78 seconds. Watson’s combined time was 42.21, while Brazil’s Lucas Conceicao, who started the event outside the medals in joint fourth with 21.68, made massive improvements for a personal best 20.99 to take second in Stage Two and bronze overall with a combined 42.67.

“I really put it all out there on the track … it’s the background season now for us Jamaicans, coming out here and running 21.08 it’s a great feeling. I couldn’t do anything else about it,” explained Watson, as he pointed to the fact that training is now focused on strength and not speed.

The silver medal improved Jamaica’s final Youth Olympics tally to two for the 12-member team assembled by the Jamaica Olympic Association (JOA) on its Generation Next platform.

Ackera Nugent had secured the other medal, winning bronze in the girl’s 100 metres hurdles, after combined first and second-place finishes over both heats.

Ryan Foster, CEO of the JOA, said: “The JOA is extremely proud of our young Olympians. Though we had expected more medals, given the weather condition s and the fact that the event is out of season, we have perspective of the performance.

“We stand strongly behind our next generation and hope all will learn from this experience and move towards our next Games dubbed Lima Invasion, the Pan American Games in Peru next year,” added Foster.

Earlier in the day, Shanthamoi Brown finished fifth in Stage Two, Heat Two (the final) of the boys’ 400m hurdles in an improved 53.27 seconds to place sixth overall. He had entered the event as the eighth fastest qualifier with 53.87, but ran bravely on the lead for more than three-quarters of the final before running out of gas.

“Today was going to be a different race,” he admitted. “From Saturday I went back into training camp and my coach said ‘let’s work on your start’ and that’s what I had been doing. I was leading up to the eighth hurdle, (but) my tank was empty, so they all ran past me over the ninth and 10th hurdles.”

Brown added: “Coming out there to make the ‘A’ final is a great feeling … I’m feeling so happy in myself, I’ve to give God thanks.”

Jamaica’s other competitor on the final day, Apalos Edwards, was upended by injury and had to withdraw from Stage Two after his second jump, 14.93 metres, which placed him 11th of 15on the day. Ironically, his combined jumps placed him in the same overall position. 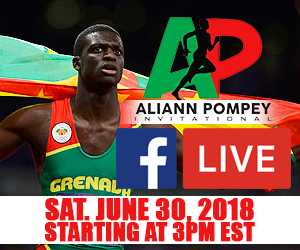 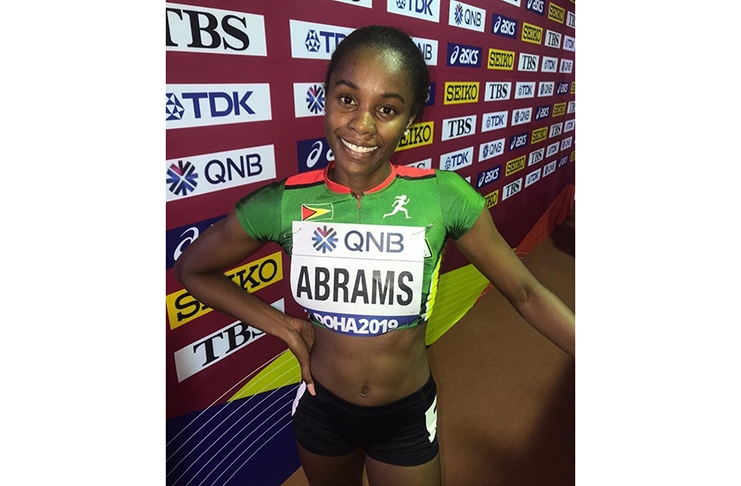