Jamaica’s Oblique Seville narrowly missed out on a podium finish after placing fourth in the final of the men’s 100 meters at the World Athletics Championships Oregon22 on Saturday, July 16.

Seville, who advanced with the fastest time of 9.90 and was the only Jamaican to qualify for the cracking men’s final, produced his second sub-10 performance of the championships to record a time of 9.97 for a fourth-place finish. However, Seville is expected to line up for the men’s 4×100 meters relay.

Meanwhile, Fred Kerley of America, who stepped down from the 400 meters to contest the sprint double, led an American clean sweep of the event. Kerley clocked a time of 9.86 for the gold medal, while Marvin Bracy and Trayvon Bromell both recorded 9.88 for the silver and bronze medals, respectively.

In the women’s equivalent of the event, defending champion Shelly-Ann Fraser-Pryce produced the second fastest qualifying time of the evening in 10.87 to lead the Jamaican women into the semi-final of the event. Fraser-Pryce was followed by Great Britain’s Daryll Neita, who clocked a season’s best of 10.95, while Germany’s Gina Lückenkemper rounded out the top three in 11.09.

Olympic bronze medallist, Shericka Jackson, looked equally as comfortable as she clocked 11.02 to claim victory in heat one. Zoe Hobbs of New Zealand followed suit in a new area record of 11.08, while Athonique Strachan of the Bahamas finished third also in 11.08.

Meanwhile, five-time Olympic champion, Elaine Thompson-Herah, cruised to 11.15 to win heat three. Thompson-Herah crossed the line ahead of Nigeria’s Nzubechi Grace Nwokocho, who ran 11.16 for second, while Italy’s Zaynab Dosso finished third with a time of 11.26. Kemba Nelson, who is the 2022 Pac-12 double sprint champion, had to settle for a third-place finish in heat four in 11.10.

Additional events contested on Day 2 of the Oregon 2022 World Championships:

Men’s Long Jump Final- Jamaica’s national long jump champion, Wayne Pinnock, had to settle for a ninth place finish in the final of the event. He produced the best jump of 7.88 meters. The event was won by China’s Jianan Wang, while Miltiadis Tentoglou of Greece (8.32) claimed the silver medal, and Switzerland’s Simon Ehammer (8.16) took home the bronze.

Men’s 400M Hurdles- Kemar Mowatt (49.44) will lead the Jamaican men into the semi-finals of the 400 meters hurdles. He will be joined by two-time national champion Jaheel Hyde, who clocked 50.03 and Shawn Rowe, who recorded 49.51.

Women’s Shot Put Final- Jamaica’s lone representative in the women’s shot put final, Danniel Thomas-Dodd, recorded a best throw of 18.29 meters to finish tenth. America’s Chase Ealy (20.49) captured the gold, while China’s Lijiao Gong recorded a season’s best throw of 20.39 meters for the silver, and Jessica Schilder of the Netherlands secured the bronze in a national record of 19.77 meters.

Women’s Triple Jump (Qualification)- Shanieka Ricketts (14.46), Ackelia Smith, who made a lifetime best jump of 14.36 meters and Kimberly Williams (14.27), etched their names in the history books as they became the first Jamaican triple jump trio to advance to the final of the event in the history of the World Championships.

Women’s High Jump (Qualification)- Jamaica’s national record holder, Lamara Distin, and national champion Kimberly Williamson, created history as the first Jamaican women to qualify for the women’s high jump final. They both cleared a height of 1.90 meters to advance to the final.

Women’s 1500M Semis- Adelle Tracey, who formerly competed for Great Britain, finished ninth in the semi-finals of the women’s 1500 meters in a time of 4:06.96. Tracey did not advance to the final of the event. Her semi-final was won by Tokyo Olympic champion, Faith Kipyegon of Kenya. 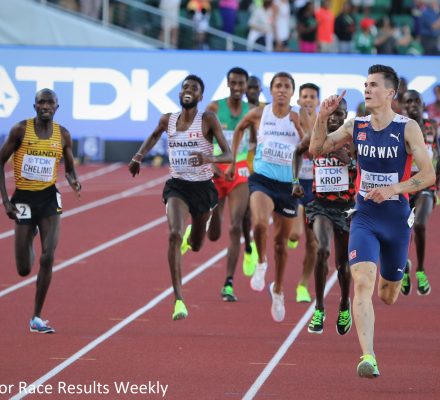 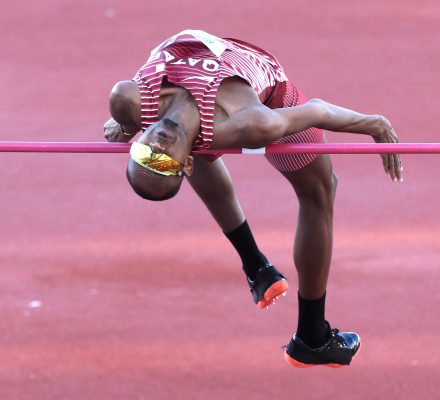 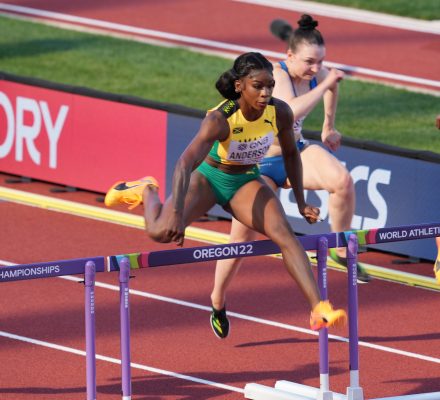