Kingston, Jamaica – Corporate conglomerate Seprod will invest a total of $20 million in cash and kind at the 36th INSPORTS/Seprod Primary Schools Athletics Championship set for April 29 to May 2 at the National Stadium.

The disclosure was made by Mr. Roger Thompson, group marketing manager, Seprod, during the official launch at Alhambra Inn today.

“This year ladies and gentlemen marks our 10th year as sponsor for the primary school championship and we are absolutely honoured by this. Our recent round of sponsorship comes through our popular Monster Milk and Butterkist brands.

“Just last year, we committed J$20 million in support of the championships, as we celebrate and encourage the development of the track and field stars of tomorrow,” said Thompson in what is the third and final year of a three-year sponsorship agreement.

Sixty per cent or $12 million comes in the form of cash while the rest covers breakfast for the four days and other anomalies.

Primary champs, which started as a sport day back in 1981, has served as the cradle of development for many of our country’s top athletes such as Olympians Shelly-Ann Fraser-Pryce and Warren Weir among several others.

While noting the importance of the event, Chairman of the Institute of Sports Mr. Don Anderson, also lauded the efforts of coaches at this level as well as the work of the state agency.

“Primary Champs is a fantastic product,” he said, “and when we can put on an event like this we are indeed great”.

Anderson, one of the Jamaica’s most experienced sporting official, further emphasized the important role that sport and culture play in placing Jamaica on the globe.

Drawing reference from the recent visit of US President Barack Obama to Jamaica, Mr. Anderson said “it was no accident” that the most powerful man on the planet made an impromptu visit to the Bob Marley Museum and also met history’s fastest ever human being over 100 and 200 metres, Usain Bolt.

He commended Seprod for their continued investment into the event, adding that their contribution particularly in difficult economic conditions is even more special.

Primary Champs is one of the main events highlighted each year by the Jamaica Administrative Athletics Association (JAAA) in its annual report to the International Association of Athletics Federation (IAAF) Mr. Garth Gayle, JAAA’s honorary secretary, said during his remarks on behalf of the local governing body.

With exactly 4,465 athletes participating this year, Mr. Gayle, said the high volume of participants signifies the continued growth of the sport on our island.

He, however, called on the media in particular to recognize the efforts and contribution of coaches at this level, as too often the glory is attributed to coaches at the high schools and senior levels.

A total of 38 events are contested each year over a four-day period. 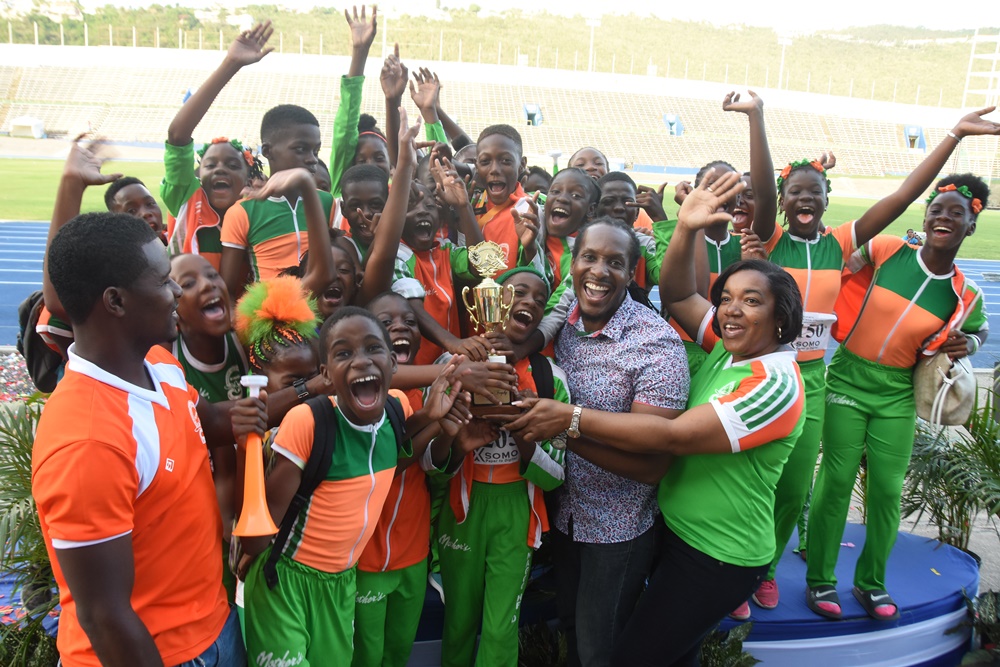