EUGENE (15-Jul) — On a very warm, dry and still evening here at Hayward Field, Olympic 1500m and 3000m steeplechase champions, Faith Kipyegon of Kenya and Soufiane El Bakkali of Morocco, both won their qualifying heats on the first day of the 18th World Athletics Championships, the first-ever to be held in the United States.

“Thank God the first round is behind me,” a relieved Kipyegon said.  “Of course, my target was to qualify for the semi-finals and tomorrow, I hope for the best to get to the final on Monday.”

“I haven’t been training in the heat that much,” St. Pierre told Race Results Weekly.  “Other than that, felt good.  The first one is always like, the nerves are there.  Feeling more ready (for) the next time.”

Also advancing was Britain’s Laura Muir, the 2021 Olympic silver medalist.  The Scotswoman finished second in the first heat in 4:07.53 behind Ethiopia’s Hirut Meshesha (4:07.05).

Also advancing from that first heat was reigning USA champion Sinclaire Johnson.  Johnson, 24, looked smooth and very confident, especially for an athlete who was running in only her first World Athletics Championships.

Ethiopia’s Gudaf Tsegay dominated the third and final heat in 4:02.68, the fastest time of the day.  She had nearly a 10 meter lead in the homestretch, yet looked over her shoulder multiple times just to make sure nobody was closing on her.

“I am so happy to be here,” Tsegay said.  “Eugene is a very good track.  I had a big injury in both calves before Tokyo so I am happy to be back.”

Advancing behind Tsegay in sixth place in 4:03.61 was American Cory McGee, a 2021 Olympic finalist.  Raised in Pass Christian, Mississippi, McGee wasn’t bothered by the warm temperatures at all.

In the men’s steeplechase, El Bakkali was content to let Spain’s Sebastian Martos lead in the early laps.  He kept his eyes on Kenya’s Leonard Bett and Ethiopia’s Getnet Wale, and with two laps to go he was only running in fifth place.  The Moroccan moved up to third at the bell, then made his way to the front on the final lap to win in 8:16.65, just ahead of Bett (8:16.94).

“Today, the semi-final was really easy because the other athletes had some troubles to get through the hurdles, but not too easy either because of the heat,” El Bakkali said.  “I am really glad that I qualified for the final, now I am going to focus on the upcoming final. I only have one goal for the final: winning the gold medal.”

In the second heat, Ethiopia’s Lamecha Girma, the 2021 Olympic silver medalist, got the win in 8:19.64 with Kenya’s Conseslus Kipruto –the 2016 Olympic Champion– taking second in 8:20.12.  American Hilary Bor, who had controlled the race in the first kilometer, got third in 8:20.18 and was pleased with his performance.

“First a fast 1-K, then relax,” Bor explained to a reporter.  “It went perfectly.  I felt good the whole way. I felt controlled.”

The third and final heat saw a tight finish with the first four men –Ethiopia’s Hailemariyam Amare, USA’s Evan Jager, India’s Avinash Sable, and Eritrea’s Yemane Haileselassie– all finishing within 41/100ths of a second.  All four advanced to the final.

Jager, who spent much of the last four years getting through an injury, made his first World Championships final since 2017 when he won the bronze medal.

“I’ve been at the top, at this level,” Jager told a group of reporters.  “Even though it’s been a while since I’ve been there, that athlete is still in me deep down somewhere.” 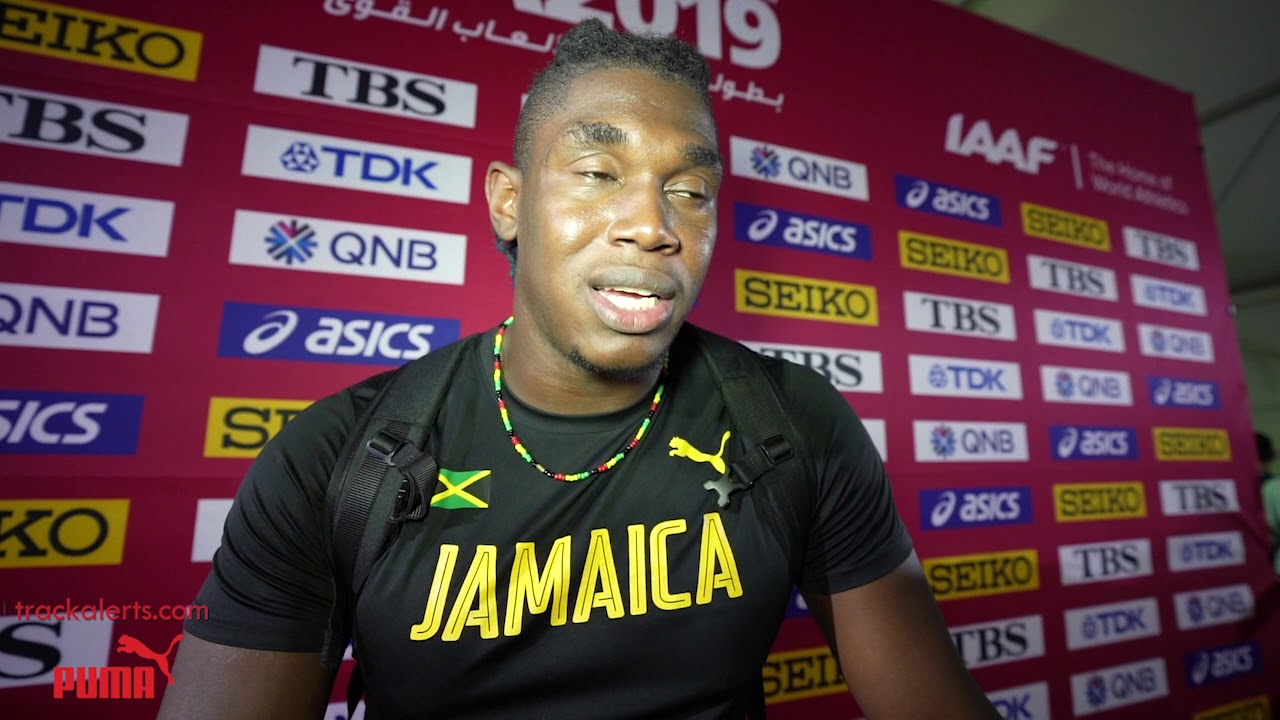