Roach surpassed the girls under 18 shot put mark of 13.50m with a distance of 13.62 on the first day of the Fifth NAAA Development Meet at the Hasely Crawford Stadium, Mucurapo on Saturday, January 28. The 2016 Carifta girls under 18 shot put silver medalist got over the standard in her fourth effort and is now the sixth local athlete to notching qualifying performances for 2016 Carifta Games in Wiliamsted, Curacao on April 14-17.

The girls under 18 shot put event was held during the Fifth NAAA Development Combined Events Meet. However, the NAAA opted to allow athletes to compete in the individual events which were scheduled at the Fourth Development Meet one week earlier at the same venue but were cancelled due to heavy rains.

Benjamin was the first to attain a qualifying mark when he leapt to 1.90m to win the boys under 18 high jump event at the First NAAA Development Meet at the Dwight Yorke Stadium, Bacolet on December 11. He matched the Carifta standard of 1.90m for that event. Benjamin equaled the standard again when clearing 1.90m at the Third NAAA Meet (Dwight Yorke Stadium, Bacolet) on Sunday, January 15.

​Serville went quicker than the 25.12 standard for the girls under 18 200m when she clocked 24.82 in winning the girls under 16 event at the Second NAAA Meet at the Hasely Crawford Stadium, Mucurapo, Port of Spain on Sunday, January 14. James surpassed the the girls under 20 javelin standard of 39.00m with a 41.48m triumphant effort at the Third NAAA Meet.

Smith was faster than the boys under 18 400m qualifier of 49.25 when crossed the line in 49.06 to take the the boys under 18 event at the Fourth NAAA Development meet at the Hasely Crawford Stadium on January 21. St. Clair went past the boys under 20 400m standard of 47.80 when he ran 47.75 in capturing the men’s one lap sprint at the same meet. 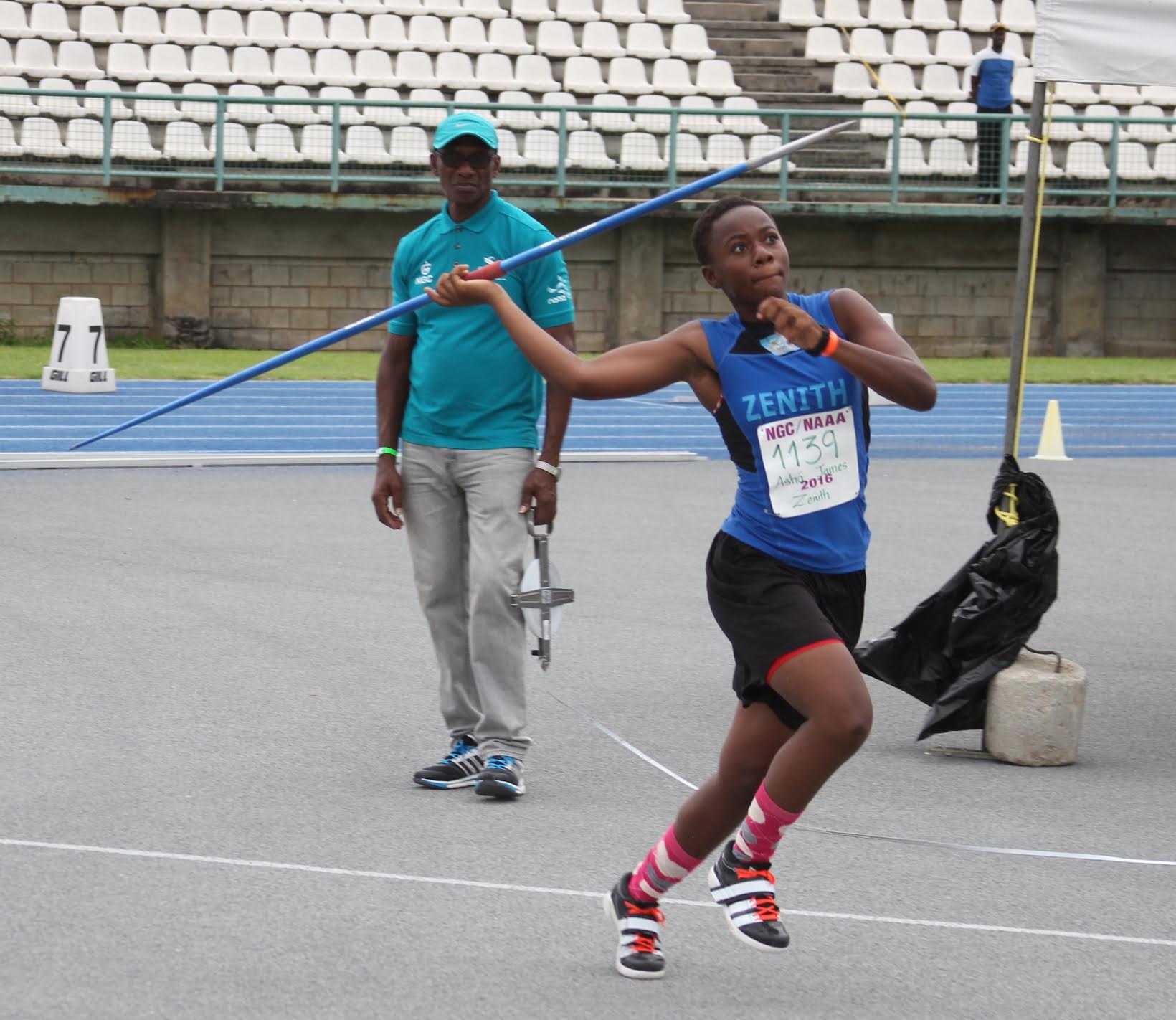