With an impressive turnout of athletes and technical officials on Sunday, January 7, 2018, the St. Kitts and Nevis Amateur Athletic Association (SKNAAA) has dubbed the first Development Meet for the 2018 Athletic Season a huge success.

Over 100 athletes representing the various track clubs and schools in St. Kitts and Nevis competed in a number of disciplines including the 100m, 200, 400m, long jump, shot put and javelin at the Kim Collins Athletic Stadium.

A total of 27 technical officials, the most ever for a Development Meet, were also on hand to ensure the smooth slow of events.

Commenting on the success of the meet, the SKNAAA’s Games Secretary, Stewart Joseph said he was particularly impressed with the turnout of athletes, technical officials and spectators, noting, “From my experience, we have never had this type of crowd for a Development Meet.”

Joseph added that these meets play a significant role in the further advancement of track and field in St. Kitts and Nevis.

He added, “These Development Meets are very important because they give not only the coaches but also the athletes an idea of where they are at in terms of their track programme and their development. It’s also a prerequisite for qualifying for overseas meets or making a national team, so some of these athletes here today (Sunday, January 7) are trying to qualify for CARIFTA and other regional and international events.” As the 2018 Athletic season continues, the SKNAAA will continue to place much emphasis on the training and development of its technical officials.

Denzille Francis, the association’s Technical Officials’ Representative, stressed that persons interested in being part of the various track and field events as technical officials are still welcomed to do so.

“We have training courses that will be going on this year for our officials so that they can be Level 1 officials. I am also sending out an appeal to anyone interested in being an official of the SKNAAA to come on out,” Francis said.

Sunday’s meet was the first of 13 Development Meets planned for 2018. The next meet is scheduled for this coming Sunday, January 14, 2018 at the Kim Collins Athletic Stadium. 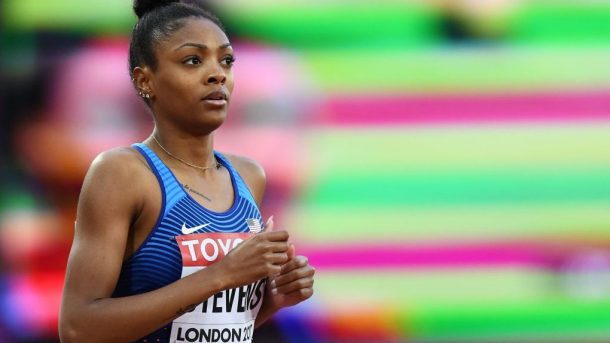