Penn Relays was cold but it was an exciting weekend nonetheless. I wonder why more performance-friendly facilities were not made available for athletes. There is the basketball gymnasium near the Stadium where athletes could have used to stay warm and even do warm ups.

On Saturday morning, there was a team sitting in the cold, having nowhere to go, because the security had said they could not enter the gymnasium at that time. These kids were dressed like they were facing winter. It must have been difficult for them seeing that they spend their lives in high 80’s to 90’s degree temperature and now have to perform in 50 degree weather. The condition is what it is I know but I am of the opinion that accommodation can be made for these athletes who have no time to acclimatize themselves and have to be at the Stadium early in the morning and hours before their event.

The media might see USA versus the World as the major attraction, but the vast majority of the fans in the Stadium, whether they are parents, alumni, friends or just ordinary fans, come to see the high school and college kids perform as well. They are what make the Penn Relays the best athletic meet in the entire United States of America. This is a highly profitable event for the University of Pennsylvania. Providing a little accommodation is not only the right thing to do but also the humane thing. It is bad enough the athletes have to stand in the cold in the paddock for a long time before their race.

While the University of Pennsylvania is at it, giving medals to alternates on a victorious team could not be that economically costly. Coaches are having a hard time telling a young athlete there is nothing for him/her, even though the team won the Championship of America. Some teams have athletes doing multiple events and with the cold, running too many races in one day can cause injury. Moreover, it can affect the optimum performance of a team. Thus, the alternate plays an important role in helping the team win.

It is reasonable to assume that sponsorship provides the watches for the victors.  That being so or not, additional watches for alternates would not significantly affect the profit level.

All in all it was a great day and fans enjoyed themselves.  They saw a great meet with quality performances across the board. Many Jamaican fans travel from across the globe for the annual Carnival and were treated to an exciting weekend. They had the privilege of seeing the dominance of the Jamaican high schools and colleges and the competition of the USA versus the World. That spectacle was competitive and the races, exciting. There were many shouts of USA, USA, Jamaica, Jamaica! The results were more for fun than anything else because the fans knew most countries did not send their full senior teams to the show.

Special mention and congratulations to Edwin Allen High School (Girls), Holmwood Technical High School (Girls), Calabar High School, St. Elizabeth Technical High School  and the UTech male and female teams. They were victorious in the major finals. Edwin Allen in the 4x100m, 4x400m, Holmwood  in the 4x800m, Calabar in the 4x100m (a record time of 39.63) and 4x400m,   St. Elizabeth with the 400mh open for high school boys and a thrilling 4x800m victory. UTech won the male 4x100m and both male and female took home the 4x200m.

Unlike major championships, the finalists at the Penn Relays are based on times and not necessarily winning one’s heat. One hopes that lessons will be learnt the next time around, because this is not the first time extremely talented teams did not make a final  because of athletes running just enough to win, without taking into consideration that time is the factor in deciding which teams make the final.

This Penn Relays was one of fun and excitement. It is a meet rich in tradition and is the number one track & field meet in all of the United States of America. The atmosphere was filled with a buzz of anticipation before each race, excitement during the race and celebration with back and forth bantering after. Nevertheless, there will always be points of contention because, as it is man-made, there will never be a perfect system. The athletes are the most important part of the meet. The Penn Relays committee should understand the difference in weather conditions between venue and where most of the athletes are coming from. Allowing access to enclosed gymnasiums can go a long way for athletes who have to sit for more than two hours before their race.  Adapting to improve the well-being of the athletes, especially the most vulnerable, will go a long way in helping the athletes perform at their optimum level. This will help Penn Relays maintain its number one status. 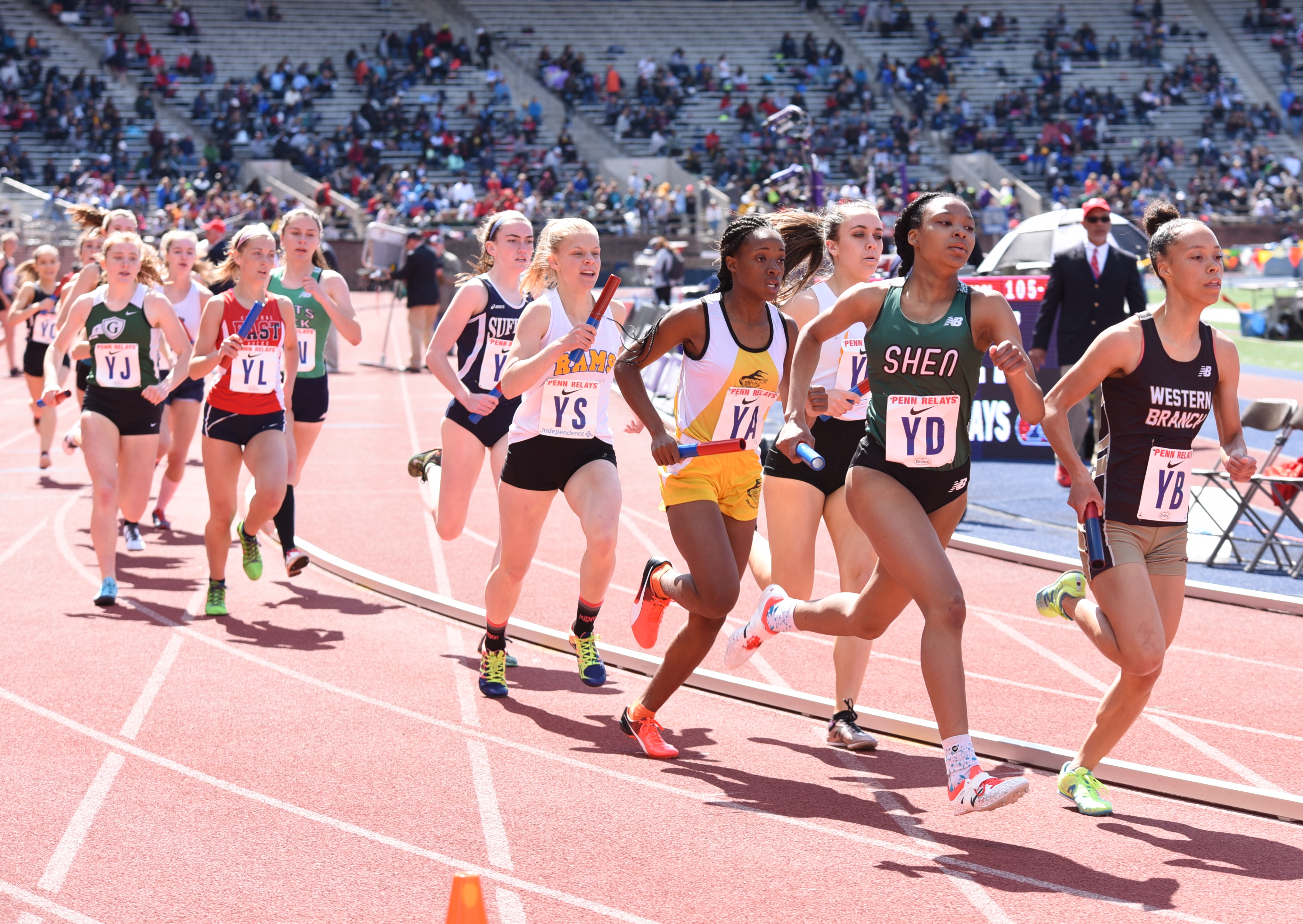