Nugent, one of the future stars of the World Athletics U20 Championships, made light work of heat two to win in 13.35 and secured her place in the semi-finals.

Jamaica’s other entrance, Oneka Wilson, top heat five in 13.36 and advanced to the next round.

In the boys’ high hurdles, Jamaica’s lone competitor Vashaun Vascianna ran a season-best 13.37 to win heat 2. He qualified as the second-fastest behind Sasha Zhoya of France, 13.12.

Vascianna commented: “It was good, knowing that I didn’t really use up my energy but still went ahead to win. It was a calm race. The altitude here is really taking a toll on me, but I am trying to get used to it.”

More known for her high jump capabilities, Shantae Foreman qualified for the women’s long jump final with 6.27m. She has the fourth-best leap going into the final, behind Indian Shaili Singh, 6.40m, Maja Askag of Sweden, 6.39m and Brazilian Lissandra Maysa Campos, 6.36m.

In the half-lap events, Jamaica will feature big in the semi-final round.

Brianna Lyston, in her World Athletics U20 Championships, ran a personal best 23.18 to take the top spot in heat four to advance. Aaliyah Francis is the other Jamaican qualifier with 24.06.

Lyston spoke of her first-round performance. “To be honest, it was not the plan to come out here and run a personal best in the heats, but all the same, I am glad that I did. I believe I have more energy for the other upcoming races.”

Bryan Levell, who false-started in the 100m semi-finals, returned with 20.90 to top his 200m heats. His teammate, Gregory Prince, finished eighth in heat two and failed to make it.
Bahamian Wendell Miller was the winner of heat two in 20.72.

Levell said: “I was not running too hard because I still have the semis later today, the most important thing was to qualify, and I am glad it’s so far going as planned.” 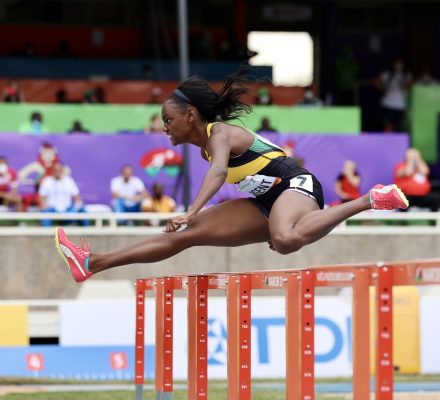 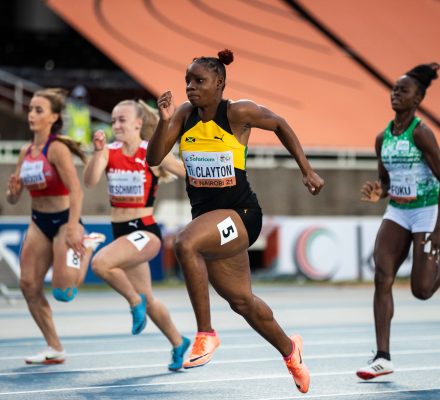