Having Bauhaus Galan in Stockholm’s legendary Olympic Stadium, plus a great weather forecast and big enthusiastic crowd are the setup for the last big meet before Oregon22.

The hometown hero is Duplantis, but there’s also the discus with Stahl against his main rivals, top javelin competition, Jacobs’ return and much more. Femke Bol and Jasmine Camacho-Quinn can produce top results, too. And what about Hodgkinson vs Moraa or Asher-Smith vs Kambundji?

How to watch the Stockholm Diamond League?

You can watch the meeting live on the Wanda Diamond League YouTube page | Results, program and start lists

100 meters: Olympic champion Marcell Jacobs races internationally for the first time outdoors in 2022. Reece Prescod is the only sub-10 runner on current form with 9.93 seconds.

400-meter hurdles: Alison Dos Santos will be looking to extend his unbeaten run but fellow sub-48-second performer Rasmus Magi is likely to run him close. McMaster´s shape is not known.

Pole vault: Another win for Mondo Duplantis at home? His closest rival is likely to be Christopher Nilsen, who has also cleared 6.00 meters this season. Also watch out for Pal Haugen Lillefosse, who has improved to 5.86 meters and Ernest Obiena, winner of Taby.

Discus:  Daniel Stahl is on home soil, but Kristjan Ceh so far always beats him in on this stage and Mykolas Alekna in his Diamond League debut will be looking to challenge the big names. It is the last one before the finale.

Javelin: All the big names are due to compete, including Olympic champion Neeraj Chopra and world champion Anderson Peters, who leads the world list with 93.07 meters.

4×100 relay (non-DL): Netherlands and Switzerland are in a European field for Munich qualification.

200 meters: World champion Dina Asher-Smith takes on the in-form Mujinga Kambundji, who has a slightly faster season’s best – 22.18 to 22.27.

800 meters: Keely Hodgkinson will be looking to further extend her unbeaten run but Mary Moraa has the fastest season’s best at 1:57.45.

1500 meters (non-DL): Linden Hall and Winnie Nanyondo are set for a fast time.

100-meter hurdles: Jasmine Camacho-Quinn takes on a strong line-up, including Tobi Amusan and Nia Ali, who have season’s bests of 12.41 and 12.49, respectively.

400-meter hurdles: Femke Bol is the outstanding favorite in the absence of the leading Americans.

High jump: Will the Ukrainians sweep the women’s high jump again? Yaroslava Mahuchikh, Iryna Gerashchenko and Yuliya Levchenko are all in action. Eleanor Patterson is looking for her indoor shape. 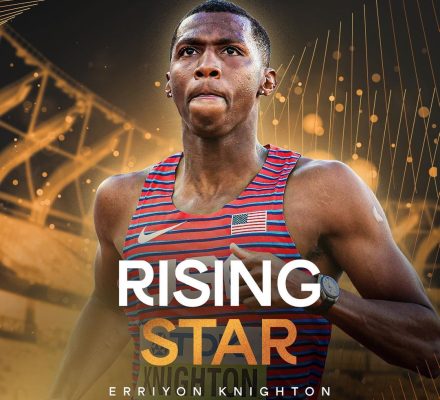