McLeod, last week, ran 13.08 at the FBK Games 2021 in Hengelo to add to his performance in Florence, which proved he is in excellent form.

Andrew Pozzi was a distant second in 13.25, while European indoor champion Wilhem Belocian ended third in 13.31.

Asher-Smith was well-satisfied with the 22.06 clocking into a slight headwind.

“My team and I know I’m in good shape and I’m happy to come out and run that today, but I know I can go quicker so I’m excited to be able to go again,’’ she said.

In-form Puerto Rican Jasmine Camacho-Quinn won in a meeting record of 12.38 to eclipse the previous 100m hurdles mark of 12.39 held by Vera Komisova since 1980. It was the oldest standing meet record and the only one from the first edition of the meet.

In the men’s 400m, World silver medallist Anthony Zambrano of Colombia won by more than one second in 44.76 ahead of Italian record holder Davide Re, 45.80.

Morocco’s Soufiane El Bakkali won the 3000m steeplechase in a world lead of 8:08.54 from Ethiopian youngster Bikila Takele in 8:10.56.

Sifan Hassan outlasted Faith Kipyegon 3:53.63 to 3:53.91 for an imposing 1500m victory. Hassan’s time was a world lead and a meeting record, while Kipyegon’s time was a national record. Laura Muir was an excellent third in 3:55.59.

Femke Bol stormed to victory in 53.44, a Dutch 400m hurdles record. The mark also improved the previous European U23 record of 53.58 held by Margarita Ponomaryova since 1984. Anna Ryzhykova broke her nine-year-old lifetime best with 54.19 in second, with Great Britain’s Jess Turner third with 54.79.

The women’s long jump went to Ivana Spanovic, who came out the winner from the top three final round format with 6.56m. Malaika Mihambo had the longest jump of the competition with 6.82m. 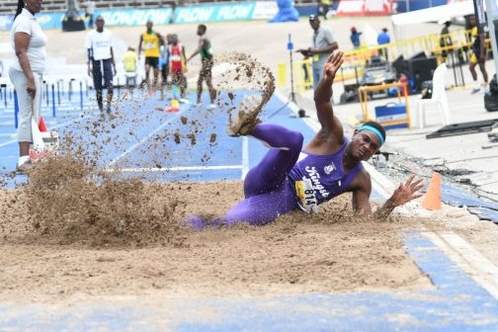