The National Senior Championships of Jamaica and the United States were held simultaneously in June 2015 and produced a number of interesting results and a few surprises. Many discussions have started with the expectations and predictions of analysts, fans and athletes, dominating the rounds. Both countries will battle for supremacy in a number of exciting events at the 15th IAAF World Championship this August in Beijing, China.

However, one of the most talked about event is the men’s 100m. Both the United States and Jamaica have benefitted from wildcard entries, which allow them to have four representatives instead of three in the preliminary rounds of this event. It will be a unique affair if both countries occupy all eight lanes in the final in August.

The Americans have run the most sub 10 seconds this season with former World and Olympic champion, Justin Gatlin leading the way with the fastest time (9.74). He is a clear and present danger for the Jamaicans. Gatlin considers this event and moment his best chance of gold. Gatlin can sense the moment and it can be seen in his predatory looking eyes and unrelenting pit-bull instincts on and off the track. He will be hoping his arms and legs will move with the rapidity of a ‘Gatlin gun’ in Beijing.

Unfortunately, Justin Gatlin will always find himself with an asterisk beside his name; however, there can be no doubt that he provides the biggest threat to World and Olympic record holder Usain Bolt’s sprint dominance. Many nights and probably mornings, Gatlin must be asking the same question repeatedly, “Mirror, Mirror on the wall, who is the fastest of them all?” Interestingly, Gatlin has stated that while a lot athletes will be aiming to peak for the World Championship, he just wants to maintain his form throughout.

Some persons are very impressed by Gatlin’s consistency, confidence and combative spirit for the past two seasons. He looks supremely fit and hardly ever pulls out of a meet or major championship because of injury. He seems like a man who could race every week without breaking sweat. The recent talk of possibly breaking the current 100m world record has added impetus to this particular event and will certainly boost ticket sales and global viewership.

American record holder, Tyson Gay (9.69) who won the 2015 National Championship in 9.87 will make his first return to a World Championship since 2009. Interestingly, on that occasion Gay chased Usain Bolt in vain in an unforgettable world record 100m race (9.58). The 2007 double sprint champion is showing signs of being a medal contender once again and is the sixth fastest sprinter this season (at the time of writing). Tyson Gay, who admitted that he became so stressed out during his suspension that the hair on his head began to thin, will be making an uneasy return to the Bird’s nest, a venue where he failed to make the Olympic final back in 2008.

World Junior record holder at 100m, Trayvon Bromell, who ran a new personal best of 9.84 seconds in the heats at the US Outdoor Championship, has forced himself into consideration. The 20-year-old was a runner-up at the US Championship and is eagerly looking forward to competing in Beijing. Trayvon Bromell who has run his fastest times at the iconic Hayward field in Eugene, Oregon must be wishing he could wrap up that track and pack it in his suitcase to take with him all over the world. However, seeing that it is not possible, Bromell will be forced to reproduce those scintillating performances on foreign soil in August throughout the rounds and finals.

Veteran sprinter Mike Rodgers who has a season best of 9.88 seconds completes the American quartet. Rodgers has never earned an individual medal at a World Championship and doing so this year would be as shocking as February having 30 days. Rodgers contribution at the World Championship is more likely to be centred on Team USA’s 4X100m sprint relay.

Jamaica’s best chance of securing success in this event will rest on the shoulders of their two premier sprinters of the last decade. Asafa Powell has found a new lease on life and is consistently the fastest Jamaican this year. He is one the few athletes to leave the MVP track club and continues to perform at such a high level. The 2015 Jamaica National Champion has been in tremendous form this season, looking quite impressive with some electrifying 9.8 times. Powell, who has won two individual World Championship 100m bronze medals, seems on course to claim his third medal. However, the man dubbed the sub-ten king will want gold on this occasion. The monster 100m clash in Lausanne, Switzerland on July 9, 2015, involving Justin Gatlin, Asafa Powell and Tyson Gay was like a summer movie trailer. In August fans could witness ‘The Fast & Furious 8’.

Six-time Olympic and eight-time World Champion, Usain Bolt, who secured a wildcard entry to the World Championship, is gradually working his way to be in tip-top shape by the time the World Championship comes along. Some persons are worried over Bolt’s early form this season. Bolt’s times are not as impressive when compared to his main rivals and some ardent fans would like to check his pulse. The recent revelation of feeling pain in training has set off siren sounds. The remaining weeks will tell us if it is an emergency or a false alarm.

Despite this, many loyal fans are not yet ready to write off Bolt like a bad debt. Bolt has earned their trust and support and they will continue to stay on the wagon right up to the edge of the cliff with eyes and ears wide open. The thought of the world’s premier sprinter being a no-show or not at his best at the Championship, will be like remembering his false start in 2011.

An important piece of information is that apart from 2008, Bolt has not always had the fastest 100m time going into a major championship. Over the years, Bolt’s form chart has shown that since he gained worldwide fame in Beijing, all of his individual victories at major championships have been world records, Olympic records or the fastest times in the world for that season.

Track fans have seen some fantastic times this season in the men’s sprints with the most individual sub-10 second races in any calendar year, which has been good for the sport. It has heightened expectations and generated many heated debates at the market, barbershops, sports bars, track meets, talk shows and during coffee breaks. The World Championships in August will settle all arguments; therefore, whatever is happening during the season as seen in the past is meaningless.

Perhaps the most interesting fact is that Usain Bolt is the last person to defeat Justin Gatlin over 100m which was at the 2013 World Championship in Moscow.  Gatlin is the overwhelming favourite for gold after beating everyone this season except Bolt; he knows Bolt’s presence or absence in Beijing could take some sheen off his achievements.

Everyone is waiting anxiously to see who will be the last man standing.  Will Gatlin dethrone Bolt and leave millions of fans singing ‘Precious Memories’? 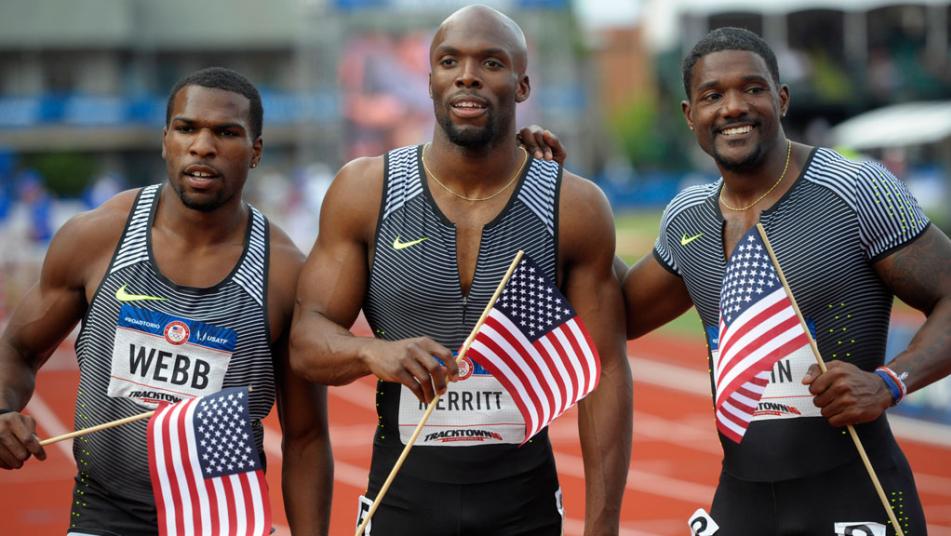