KINGSTON — Lloydricia Cameron captured the women’s Shot Put on Day 3 at the Jamaica National Championships at the National Stadium on Saturday.

Cameron, who represents the University of Florida on the collegiate circuit, heaved 16.73m to win the national title, which was almost a full metre off her season and personal best of 17.66m.

Florida State’s Gleneve Grange was second with a mark of 15.99m, while third place went to Nayoka clunis of the University of Minnesota with a throw of 15.92m.

Dacres leads the world with national record and personal best of 69.67m

In action on the track, Malik James-King of Calabar finished lively in the closing 80m to bag the U20 boys 400m hurdles title in 50.23 seconds.

Second place went to Leonardo Ledgister of STETHS in a personal best time of 50.31. Ledgister led down the homestretch, but was chased down by the charging James-King.

Rovane Williams of Rhodes Hall, the favourite entering the event after running 49.94 seconds earlier this season, finished a disappointing third in 51.04.

In field event competition on the junior side, Courtney Lawrence of Petersfield High won the U20 boys’ Shot Put with a mark of 17.62m to beat Calabar’s Cobe Howard Graha (17.52m) and Rasheeda Downer (17.19m) of Kingston college. 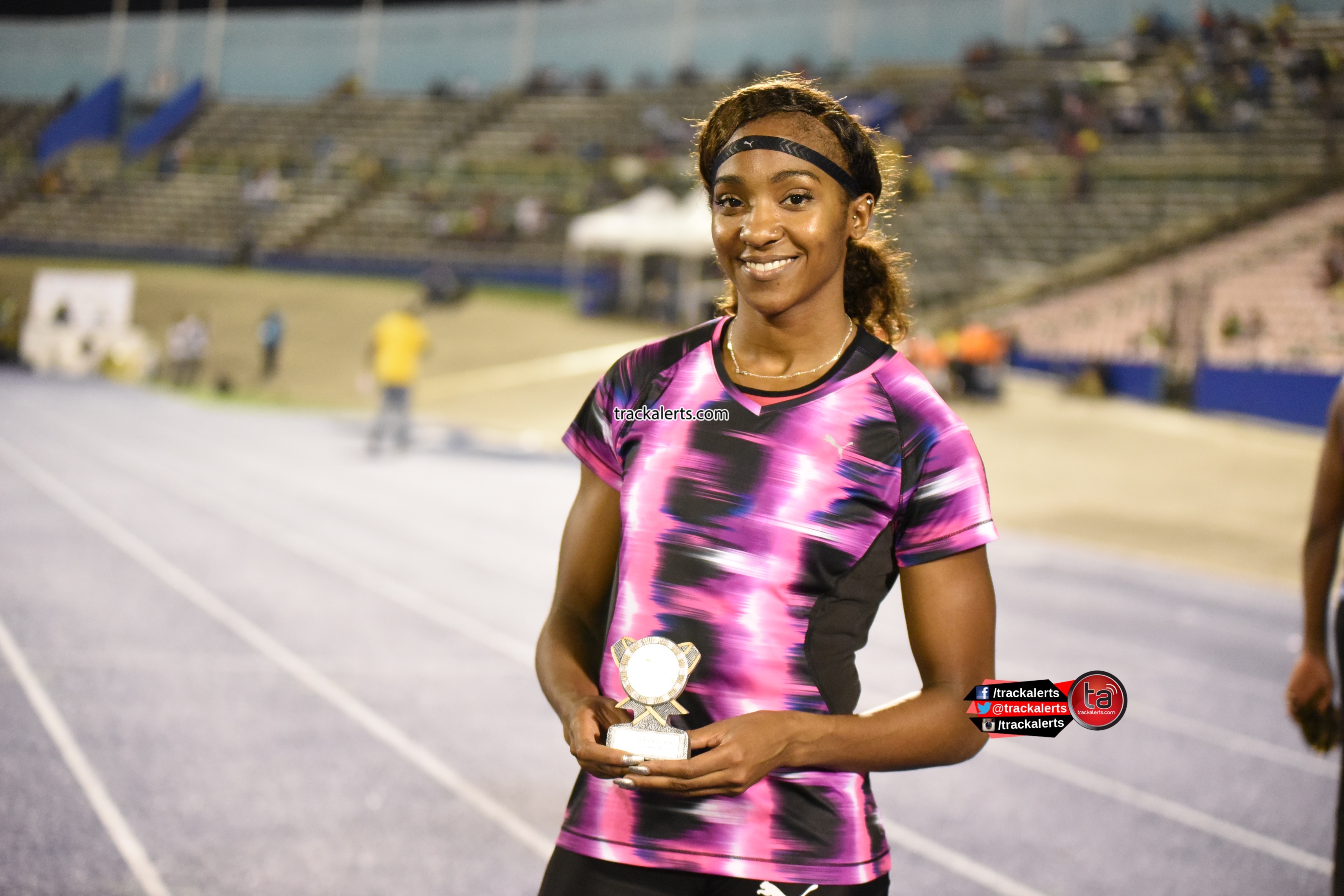 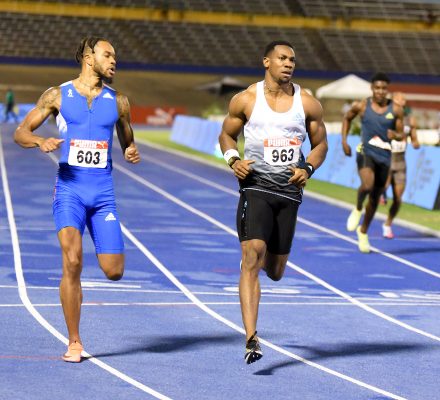