EME News, Trackalerts.com’s eyes at the XVI IAAF World Indoor Championships in Athletics, being held on Portland, Oregon, USA, informs that 39 year old sprinter, Kim Collins of St Kitts and Nevis will be the oldest athlete at the staging.

However, all of 20 years after his global championships debut, the 2003 world 100m champion is still highly motivated.
“Winning is the most exciting part of running – indoors or out,” he said.

“I just try to get out of the blocks early to have a good race. “I will be honest, I don’t follow our sport and the past champions,” he added.

“I have never come as a favourite and I love it. I come in, try to move through the rounds, make my way to the finals and the podium. I just focus on who's going to be there (tomorrow).”

He also said after Rio Games he will decide about his future in sprinting. During his two previous World Indoor Championships appearances, Collins took 60m silver medals in Birmingham in 2003 and in Valencia in 2008. 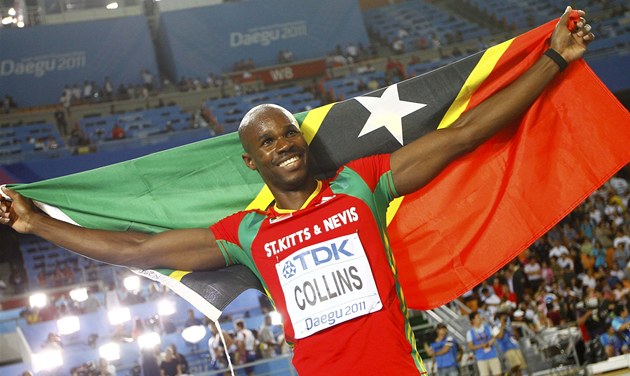