KINGSTON, Jamaica — Shelly-Ann Fraser-Pryce, Elaine Thompson and Briana Williams were all among the top qualifiers in the women’s 100m at the 2019 Jamaica National Championships at the National Stadium on Thursday.

The MVP track club speedster got away to her routine quick start, accelerated from the field to build a solid before shutting down with about 40 metres left.

The 32-year-old, who had a baby two-years-ago, has been slowly rounding back into form, but she’s not focusing on times at this moment.

“If I am to be honest with you, for me its just focussing on the technique… my first 30 metres, I’m still having some challenges with it,” Fraser-Pryce was quoted as telling Reuters.

“So each race is to get better and you know once I’m able to cement the 30 and different phases maybe at that time I can start thinking about times.”

Gayon Evans of Sprintec followed Fraser-Pryce home second in 11.30, while Simone Facey ran 11.38 to collect the final automatic qualifying spot from the heat.

Next on the track was Olympic sprint double champion Thompson, and like her training partner Fraser-Pryce, the MVP star used minimum effort to secure her place in the semi-final, winning heat 2 in a relaxed 11.31.

Schillonie Calvert-Powell clocked 11.39 for second place, while Remona Burchell and Rene Medley both crossed at 11.44.

Junior sensation Briana Williams, the World Junior 100/200 sprint double champion from 2018, easily captured the third heat with a time of 11.20.

With coach Ato Boldon watching from close range in the stands, the Hollywood, Florida, native broke from the field early in the race and held her form all the way home as she smiled and looked at the ticking clock.

Sprintec pair of Natasha Morrison and Shashalee Forbes finished second and third, respectively with times of 11.40 and 11.61.

Also looking impressive when winning her heat was Natalliah Whyte, who recovered from a modest start to post 11.32 en route to beating Jonielle Smith (11.57) and Shavine Hodges (11.69).

The semi-finals and final of the women’s 100m is slated for Friday night. 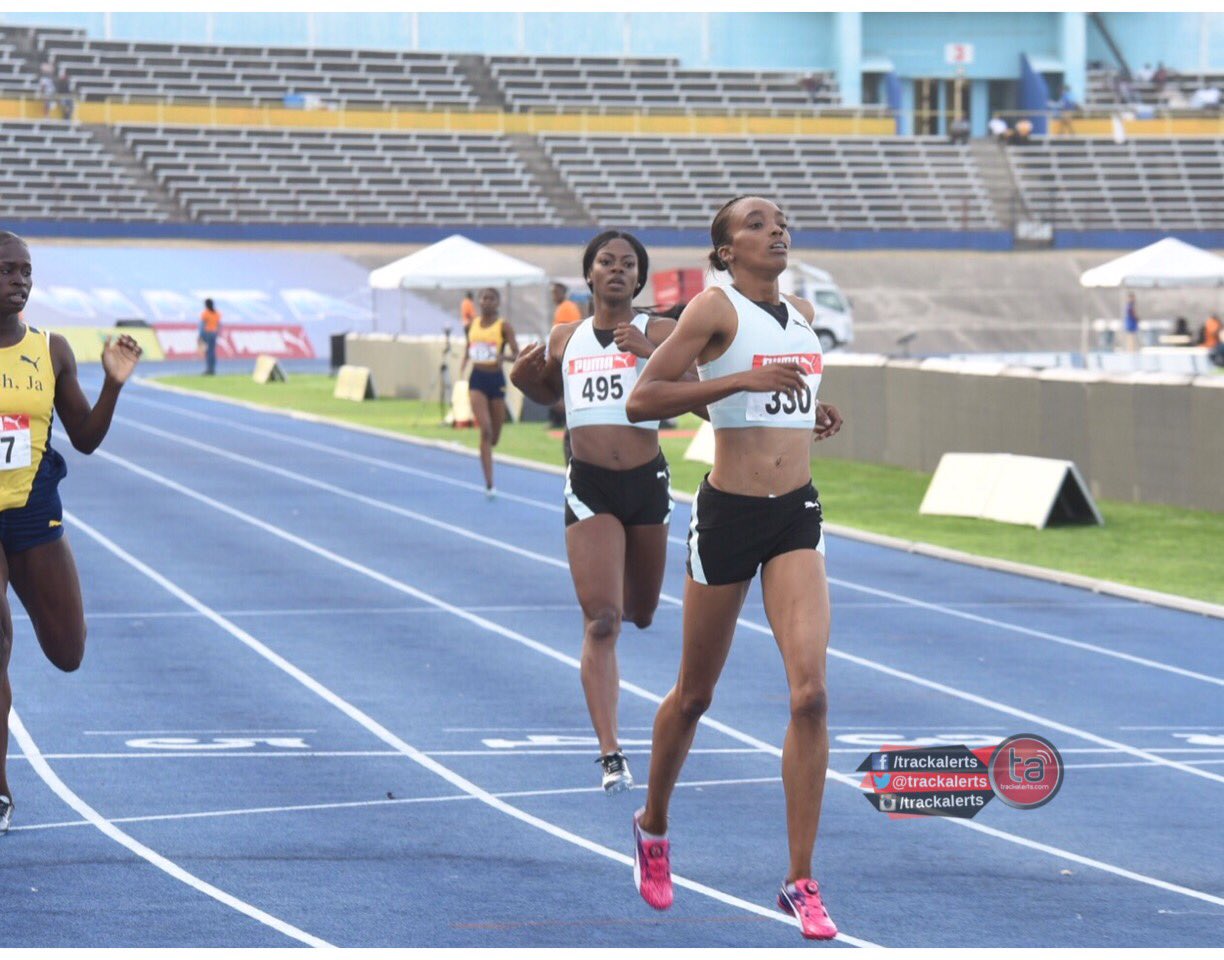