BEIJING, China – Despite winning a World Championships bronze medal and joining the list of Jamaicans who have broken 50-seconds for the 400m, Shericka Jackson wants out of the quartermile.

Tough Race To Run, To Train For

Everyone knows that the preparations to run a very good 400m isn't easy.

Why do you think the great Usain Bolt, bolted down the order to tackle the shorter distances seven-years-ago.

But while that has worked for the world record holder of the 100m and 200m, Jackson's coach Stephen Francis, who also conditioned the likes of three-time world 100m champion Shelly-Ann Fraser-Pryce and Elaine Thompson, who won a silver in the 200m on Friday – believes the 21-year-old is better suited for the longer sprint at the moment.

Jackson, a former World Youth bronze medal winner over the 200m, has her eyes well set on settling down in that discipline, but Francis, although not ruling out a future switch, believes the sprinter is a bit injury prone and has to stay away from the explosive types of exercises for now.

Sticking To The Longer Sprint

"Right now she is very injury prone," Francis revealed. "She is like most of the athletes who just entered the program and they tend to break down at least for the first three years (Interview Below).

"So the emphasis is to try and keep her away from much of the explosive stuff, especially in training to make sure that she can compete.

"Last year she had problems, which kinda hampered her progress.

"This year was much better, because there was a lot less stoppages in practice so she performed better."

He added: "Next year if we can continue the same thing she will also make a huge improvement again.

"We have to be patient. Usually after three years in the program the athletes have finally strengthened everything that they need to strengthened and are more flexible."

47 secs Is Possible For Jackson

Jackson ran a very mature race to take down several world-class 400m runners on her way to running 49.99 seconds for third at the World Championships in Beijing, but Francis believes that is just the beginning.

In fact, the veteran sprint coach thinks his pupil has the qualities to run 47 seconds for the one-lap event and he is determined to give it a go.

"I also believe that she can run 47 seconds by a couple of years and we'll make a good go at it and see what happens.

"After the Olympics then I am sure she will be able to turn her attention to running the 200m, if she believes it's not too hot for her to get in there."

Francis, who coaches three of the four Jamaicans in the women's 400m final in Beijing, also drilled several other youngsters who did well at the championships, and he believes everything is falling into place for the
Olympics in Rio, next summer.

"I was hoping that this championships would be a breakthrough for the youngsters I have in my group prior to the Olympics, and I think it's turning out quite well," he admitted. 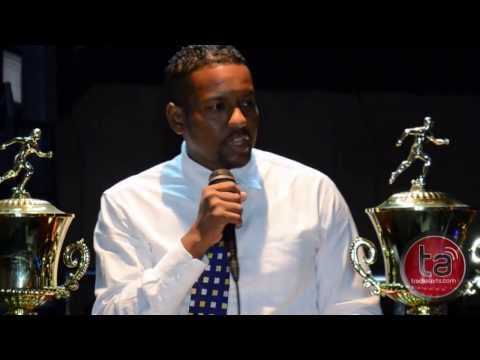