One of the reasons major athletics championships are exciting is because of its unpredictability at times and the emergence of new stars over the years. One of the biggest shocks of all-time was Felix Sanchez coming from nowhere to win the 400m hurdles at the London Olympics weeks before his 35th  birthday. No athlete is guaranteed a medal without competing and therefore everyone has to ensure that they are ready to give of their best on the big day. Slip ups can be very costly.

In this preview we will concentrate on five athletes who are not among the gold medal favourites, nevertheless, their potential makes them dangerous dark horses going into Beijing.

Zharnell Hughes represents Great Britain’s best chance of medalling in any of the short sprints at the 15th IAAF World Championship. The 20 year-old Briton is on course to become an accomplished sprinter and some pundits are of the view that Hughes could make his way on the podium in the Bird’s Nest. Hughes has been having a very good season on the Diamond League circuit winning in Lausanne (20.13) and London (20.05); however, it is his second placed finish to Usain Bolt at the Adidas Grand Prix in June which brought him into the spotlight and bolstered his confidence. The young sprinter has a lot to prove to fans of his adopted country. The Beijing track is fast and just perfect for Hughes to break the 20 second barrier for the first time, he will be hoping to stamp his class while taking down some big scalps in the process.

The world held its breath just before the Trinidad & Tobago (T&T) World Championship team was about to be released. Many track fans were wondering if they would be denied the opportunity to see Machel Cedenio who was disqualified for a lane violation after winning the 400m final at the T&T trials. Thankfully, the World Junior Champion and sixth fastest quarter-miler (44.36) this season was selected. Cedenio will be hoping to make his redemption count in Beijing by surprising some of his fancier opponents.

The men’s 110m hurdles event at the 15th IAAF World Championship is wide open like the Pacific Ocean. It is one of the most unpredictable races. This is due to the top athletes competing almost weekly against each other  and swapping victories. Jamaica’s Olympic bronze medallist Hansle Parchment is not necessarily numbered among the favourites. However, he can set the cat among the pigeons. He has scarcely competed on the circuit this season; nevertheless, his second place finish (13.08) at the Jamaica trials in June was very encouraging. If Parchment has no injury worries going into Beijing, the 10 hurdles will not be the only barriers for the favourites.

Great Britain’s Dina Asher-Smith is another young sprinter on the rise. The World Junior Champion at 100m showed her pedigree when she was involved in a blanket finish at the Birmingham Diamond League with Jeneba Tarmoh and Allyson Felix. Despite winning the 100m at the British Athletics Championships in a championship record (11.08 +0.5 m/s), Asher-Smith has opted to focus on the 200m for the World Championship. Asher-Smith is not expected to medal based on the rankings; however, she is blessed with tremendous speed and rhythm to rattle the nerves of her opponents.

Two-time 400m hurdles World Champion Kerron Clement came out of hibernation to qualify for Beijing at the US National Championships in June. Clement came third in 48.44 seconds and despite finishing 8th at the London Olympics and the 2013 World Championship, some feel at 30 Clement can still conjure up one last hurrah like Felix Sanchez. Clement is the most unlikely of dark horses to win a medal, however, if he makes the podium in Beijing it will be one of the stories of the championship.

The fans will be looking on in earnest to see who and which event is going to cause major disturbance in Beijing. It is inevitable. 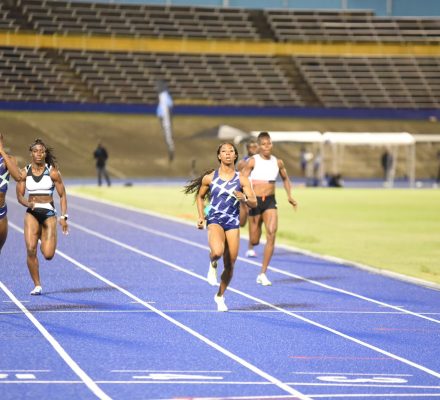