Half milers are ready and could take with them places in the Champs record book on Saturday’s final day.

Donald will be running against the clock.

“I am going for the win, but in that win the record can come,” he said. “I am hoping I get the win and the record though,” he added.

Parks was relaxed in his semi-final before he was pushed across the line in 1:55.66, the day’s third fastest time.

Parks said, “the plan was just to make sure I qualify for the final.”

Rogay Granston of Holmwood with 1:54.57 will lead them into Saturday’s final. Jauavney James of STETHS is also in the final with 1:55.58.

St. Jago's Leon Clarke, who is the sixth fastest with 1:56.03, should feature in the final. “I made the final by finishing second in the semi-finals, so that was the plan,” said Clarke.

Former Edwin Allen student Kayann Thompson’s Class 1 girls’ record of 2:03.75 has survived the Goule era, but Junelle Bromfield has eyes on it from as early as February.

As for the final on Saturday, the same day she expect to run the 400m, Bromfield said: “I know I am going out there to give it my all in both my events.”

St. Jago’s Keenan Lawrence is the top man in the Class 2 boys' 800m and after his 1:54.85 qualifying run, the talk of record also found favour with his lips.

“It was a quite comfortable run and I just wanted to get into the final.

Come Saturday’s final, Lawrence said, “Hopefully I can go after the record.”
The record for this event is 1:57.27 done by former Edwin Allen athlete Aldwyn Sappleton in 1997. 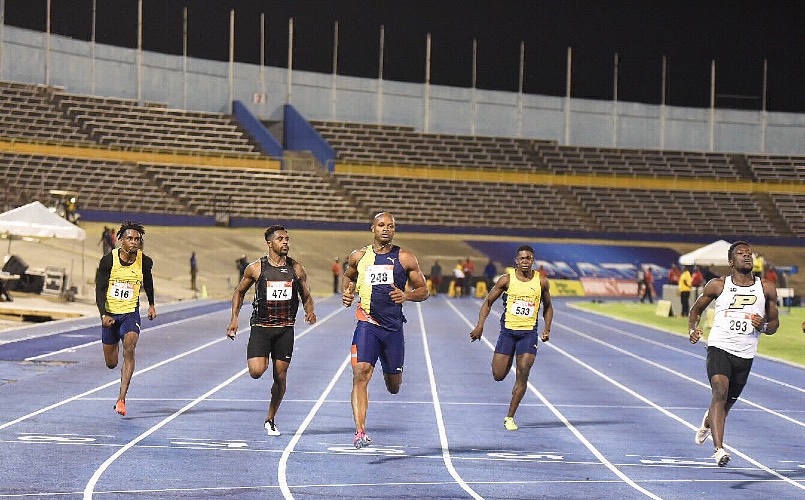