On a day when the wind seemed at some points to be coming from a small storm, lightning seemingly also found its way onto the track, on the final day of the JAAA Supreme Ventures Junior Championships, at the National Stadium.

Nigel Ellis, one of Jamaica’s brightest prospects, showed his class in the 200m, in a time of 20.76 seconds, shrugging off his unfortunate false start in the 100m heats, a day earlier. Ellis was imperious, as he defeated the much talked about Akeem Bloomfied of Kingston College, who decided to take on the 200m instead of his pet event, the 400m. Bloomfield finished in a time of 21.06 seconds and was quoted as saying that he is satisfied with his performance and he gave a good account of himself.

One of the biggest upsets of the meet, came when pre-race favorite, Junelle Bromfield, had to settle for second, after being beaten by 2013 World Youth bronze medalist, Tiffany James. Bromfield who seemingly underestimated the pace of the race, was left wondering as James led from the start to win in a time of 52.06, while Bromfield, though finishing with a late burst, ran out of real estate and settled for second in 52.59.

Perhaps the biggest upset of the meet, however, came in the boys Under-20 110m hurdles, as world number 5, Rohan Cole of the University of Technology, finished outside of an automatic qualifying spot to next month’s World Under-20 Championships. Denying him in one of the most competitive races of the championships, were youngsters, Damion Thomas and Dejour Russell. 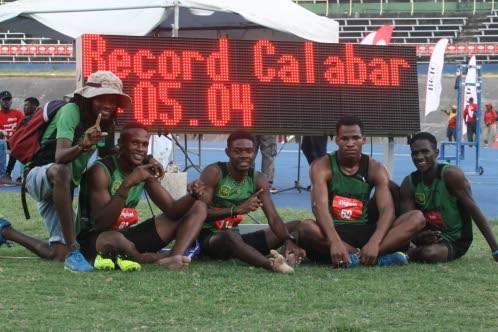 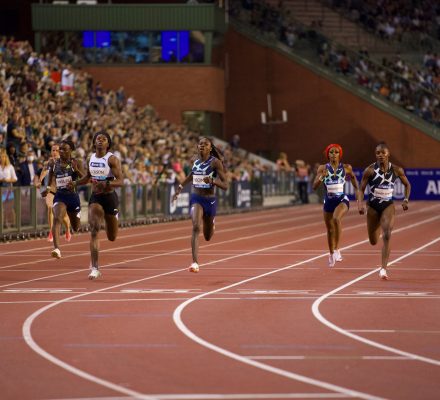