Edwin Allen shone brightest on day one of the 2015 Central Champs Day held at the Kirkvine Sports Complex in Manchester.

The Frankfield-based school dominated the girls 100m by winning Classes 2, 3 and 4, leaving only Class 1 to Vere Technical’s Rene Medley, who won in 11.72s.

The Dynamic Duo of Edwin Allen Aaliyah Hopkins and Kasheika Cameron finished 1-2 in Class 2 with times of 11.75 and 11.78 respectively.

On the boys side, Leroy Francis of Manchester High won the class 1 in 10.81s, his teammate Remario McCarty won the class 2 in 10.92s. Krishna Edwards and Rohan Watson made York Castle proud with 1st and 2nd in 11.69s and 11.72s respectively in the class 3 final.

The next finals on track were the 400m for both male and female. For the girls, this was a Vere Technical event as they won 2 of 3. Sanique Walker of Vere won the class 3 in 56.38s while her teammate Derri-Anne Hill won the class 1 in 56.11s. Allesha Kelly of Hydel High won class 2 in 56.09s.

Rogay Granston of Holmwood Technical did a splendid job in winning the boys class 1 in 49.64s. Class 2 went to Ricardo Henry of Bellefield High in 52.03s. Raheem Russell of Hydel won the boys class 3 in 54.64s. 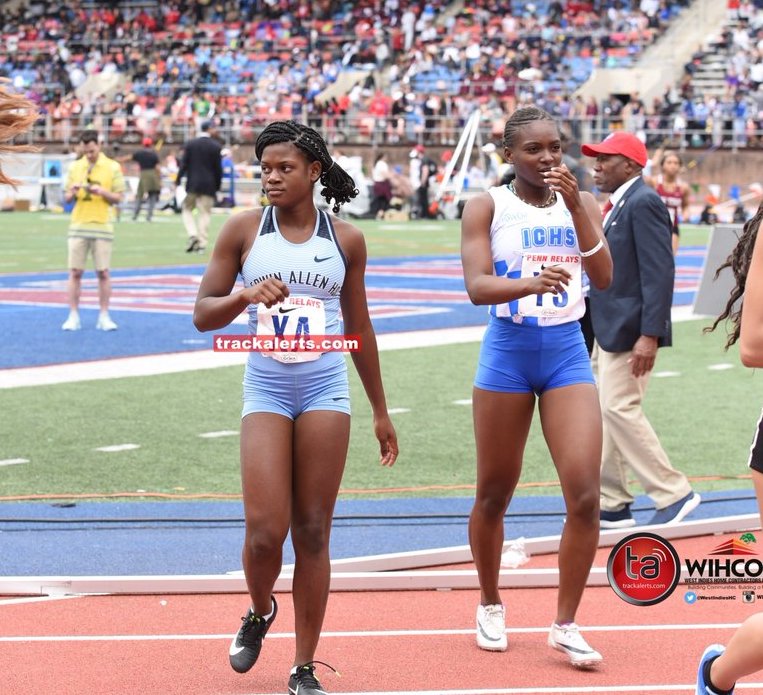 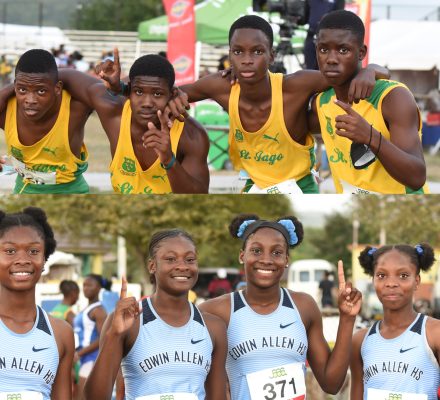